How has RWBY's storytelling evolved since Volume 1? 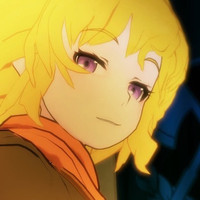 I've followed RWBY on Crunchyroll since the first character trailers were uploaded, and one of the great pleasures of keeping up with the series has been watching the show evolve and improve over the years. RWBY has always been something I’ve enjoyed watching, but it seems obvious to me that the show in its current form in Volume 4 is a remarkably improved work compared to what it began as in Volume 1. In many ways, watching RWBY has felt like watching a team of creative talent gradually growing along with the show they're creating—and today and next week we'll be exploring the some of the ways RWBY has come into its own since it first began airing.

On tap today is what's been one of the more controversial aspects of the show since the start of Volume 3—the story and writing. 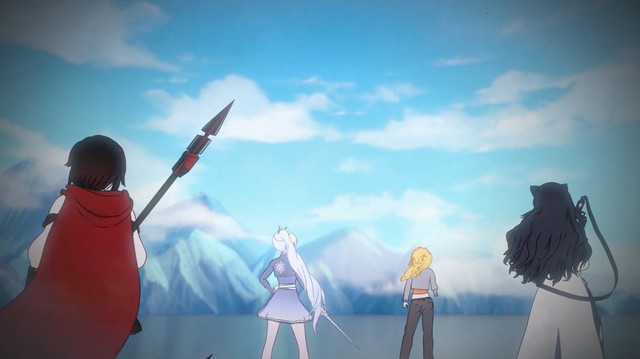 In Volume 1, RWBY frequently struggled with the challenging task of managing three different storytelling elements: 1) the need to make its characters people the audience cared about, 2) the show's fondness for extended and flashy fights, and 3) the constraints of its relatively short episodes. Trying to balance building the viewer’s investment in Ruby, Weiss, Yang, Blake, and the other characters in the show was a difficult goal to achieve within episodes that often didn’t even break the ten-minute mark, particularly since large sections of the season were devoted to long and intricate battles. In some ways, it felt like RWBY was at war with itself—part of it interested in really telling a story and part of it only wanting to be an exhibition for exciting fight choreography.

Unfortunately, this conflict of interest (along with some of the voice actors needing time to really settle into their roles) wound up leaving Volume 1 feeling incomplete and somewhat unsatisfying. With the (admittedly great) fights consuming so much of the episodes’ short lengths, the character work often leaned into overly self-aware jokes and the facelessness of the season’s antagonists to endear the protagonists to the audience. While for some characters, like (Best Girl) Yang, this approach worked well enough, it left others (like Blake) as sketchy archetypes we wanted to root for only because they were clearly being framed by the show as the good guys.

It’s a bit difficult for me to say that RWBY was poorly written in the beginning due to the apparent specificity of its goals, but the combination of the above issues and a reliance on low-stakes conflicts and rote character beats (like the almost insufferably dull Juane bullying arc) hampered the show’s ability to be emotionally impactful. Sure, the fights were cool and well orchestrated as attention-grabbing set pieces, but beyond the immediate investment of seeing a bunch of cool fighting, RWBY Volume 1 generally failed to prove it was anything more than just a showcase for imaginative weapons and moves. While characters like Yang and Ruby still managed to stand out amidst all of this, it’s perhaps a telling fact that all the most memorable moments of Volume 1 are fights. 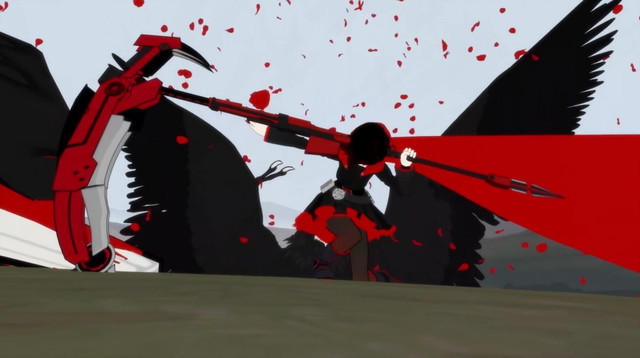 RWBY Volume 2 found itself battling against many of the same issues that plagued Volume 1, but it also saw a number of narrative seeds sown that would blossom later—as well as demonstrating that the writing was indeed capable of reaching beyond hamfisted attempts at humor to with endearment points via charm into moments of genuine pathos and emotion. One of the best scenes in Volume 2 (and one of RWBY’s best moments as a show to that point) comes in episode 6, as Yang shares the story about looking for her mother and counsels the impatient, exhausted Blake. Notable for the real sense of depth, sensitivity, and warmth it managed to convey, this scene briefly showed that RWBY had the chops to make its characters more than just color-coded warriors with sweet moves as it began to really flesh out Yang and Blake beyond their initial archetypes.

Unfortunately, Volume 2 wasn’t completely filled with such solid writing. The extended attention given to tracking down Torchwick and investigating the White Fang dragged the season out and let it end with a Grimm battle that felt more like an excuse to get in some more fights than an important piece of the story.

As with Volume 1, there was plenty of action to love, but aside from Blake's overly angsty arc, very little of the wider plot felt like it had actual relevance to the world of Remnant or the members of Team RWBY. Once again, the story was more of a vehicle for setting up fight after fight, rather than an independent, significant part of the show. On some level, of course, using a story just to set up a bunch of fights is a perfectly reasonable goal, but with moments like Yang catching a brief glance of her mother also appearing, RWBY was still finding itself unable to reconcile its desire to be a story and also a show with a lot of great action. 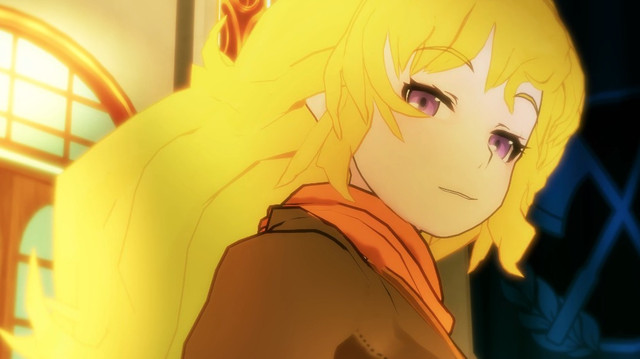 All this changed in Volume 3. In some ways, it seems a bit ironic that the use of the familiar structure of a tournament arc would be the thing that finally helped RWBY find a balance, but in others it makes a lot of sense and displayed a great deal of growth in the show’s writing.

What’s neat about Volume 3 is that it still feels distinctly RWBY despite its evolution from light-hearted popcorn fare with hints at greater ambitions into a more grounded story that began to really take its characters seriously. To be completely clear, the shift in the show was effectively a change from being a series that used its writing to get to its battles (not necessarily an easy task, but certainly one less demanding of the story) to one that made its writing an equal partner with the fights (not an inherently “better” goal, but certainly one that required more finesse to pull off). It was the difference between doing something kind of hard okay to doing something rather difficult really well, and that's why I say RWBY really did feel like it grew up in Volume 3. As I hinted at before, the use of the tournament seems to have been a key factor in making this happen, as it served as the perfect outlet for the show’s signature battles. With the fights mostly compartmentalized into the tournament, the rest of the story found more freedom to explore its characters and advance the dark clouds of the overarching plot.

The story’s newfound ability to invest more specific time into its characters was another critical factor to Volume 3’s success. With ongoing arcs like Pyrrha’s struggle to make a decision regarding Ozpin’s request to take on the powers of the Fall Maiden (along with her excellent material with Juane that this led to), the emerging drama of the relationships between Ozpin, Ironwood, and Qrow, and Cinder's ever-sinister plans running through much of the season, RWBY began to ratchet up the tension in ways that not only provided more reasons to care about the characters, but also about the fights. By the time Yang is tricked by an illusion into attacking a defeated Mercury, the overarching plot had converged with the fights, unifying them and the individual arcs of the characters into a single story that finally found the balance between the three storytelling needs it had struggled with since the beginning of Volume 1. 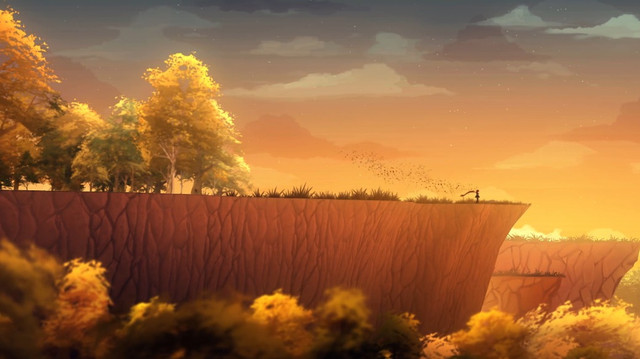 To be clear, I don’t consider Volume 3 to be the season where RWBY really came into its own as a story just because it suddenly got a lot darker, but I do think the adoption of a much more serious tone was one of the key elements that helped the show really find its feet. One of the defining moments for RWBY as a whole for me is episode 7 of Volume 3, which spends nearly its entire length covering the backstory of Cinder, Emerald, and Mercury and their initial assault of the Fall Maiden. Aside from taking the bold step of putting the present timeline on pause to retrace these steps, it's also a visceral, dark, even tragic experience that clearly announces the show's turn towards events that had significant consequences.

This use of consequences is another, and perhaps the most critical, thing that defines RWBY's improvement from Volume 1 to the current day. While the first two seasons of the show generally returned to a safe status quo by the end of individual episodes and whole seasons, Volume 3 is when the things that happen in RWBY finally begin to make an lasting impact on both the world and the characters.

Thinking about all this through the lens of the show's creators, it takes some courage in your characters and story to move away from low-stakes and light consequences to events that define characters' lives and even their involvement in the narrative. Volume 4 has continued the work that Volume 3 began, taking the events of the preceding season and pushing the characters through the aftermath. While we're still more or less in the introductory phase of Volume 4, it's already drawing on the strengths of Volume 3 by allowing the characters to exist people informed by the things they've lived through. Whether physically like Yang or emotionally like Ruby and Juane, the scars what has been lost are present—and RWBY is continually tapping into those narrative resources to pull us in for whatever might come next.

Are you guys caught up on RWBY? What do you think about the recent developments of the story and about the changes the show went through from the first two seasons to the third and current seasons? Chime in below in the comments! 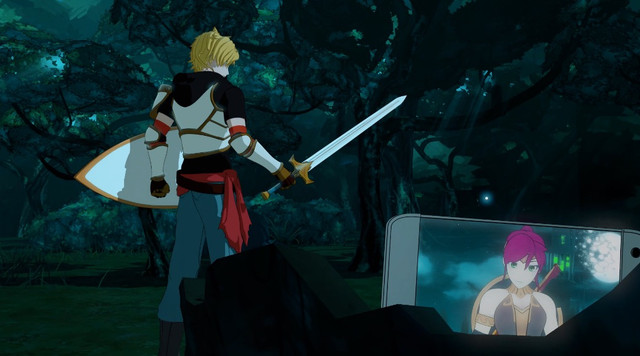