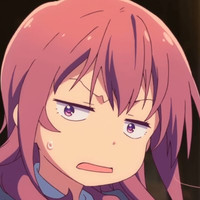 I’ve been having somewhat mixed feelings about this season’s Girlish Number. Some of that comes directly down to tonal preferences - for a show focused on something as compelling in a realistic sense as the anime industry, I prefer something with the earnest and often poignant tone of Shirobako, whereas Girlish Number is goofy and unrealistic enough to qualify as farce. Some of it also comes down to expectations. Girlish Number’s writer, Wataru Watari, is also the original creator of My Teen Romantic Comedy SNAFU, one of my favorite shows of all time. So the fact that Girlish Number can’t quite measure up isn’t entirely its own fault. 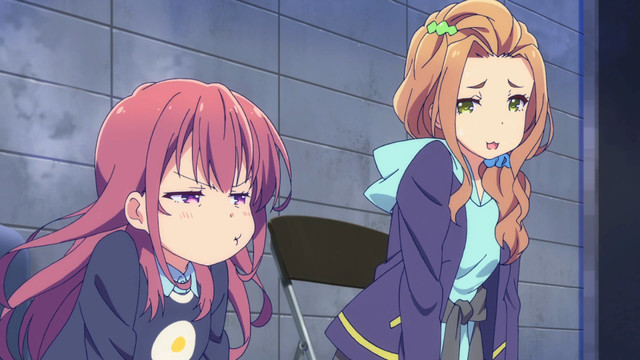 But if there’s one thing you can count on from Wataru Watari, it’s character writing. The characters in SNAFU felt multifaceted, ambiguous, and alive, and though Girlish Number is a sillier show, its characters still feel like they have lives of their own. Crafting great characters is a tricky thing, and involves more than assigning them goals, hair colors, and maybe some broad archetypes. When you do it right, your characters ultimately possess a voice that can often make their lines unmistakably theirs even if you’re not already aware of who’s talking.

Girlish Number is a fairly cruel satire, and so its characters often aren’t very nice to each other. But for the purposes of this article, that’s great - because even though much of this cast isn’t nice, they’re all not-nice in different ways, reflecting their various internal selves even when they’re just dunking on each other. So let’s dive a little ways into that, and explore how unique character voices can be expressed even in the ways characters call each other idiots. 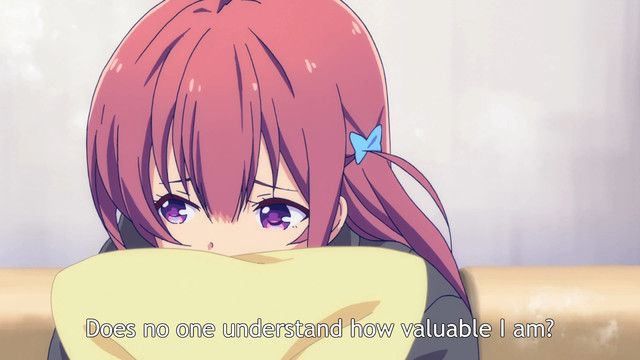 First off, Girlish Number’s head idiot is Chitose, the heroine who apparently just can’t catch a break. Chitose is arrogant and ignorant and deeply self-centered, and her insults towards the other cast members reflect that. Chitose refers to her very mild friend Yae as “fake” and “probably a bitch inside,” but that doesn’t really tell us anything about Yae. As a self-centered and emotionally immature person, Chitose can’t help assigning her own qualities to people who are different from her. Chitose only thinks about herself, and so all of her insults end up being reflections of herself. It’s very common to believe other people are fundamentally like yourself, and when you combine that with a need to constantly express your own opinions and superiority, you end up with exactly Chitose.

Chitose’s older brother Gotou is a very different person, but equally insulting in his own way. The difference with Gotou is that he’s both intelligent enough to not spew insults at random professional collaborators and also legitimately invested in his little sister’s future. Thus, while Gotou is plenty mean to his sister, his insults all reflect her actual qualities. His insults are accurate because he’s comfortable with his sister, knows her well, and has no interest in being hurtful to her outside of telling her what she actually needs to know. Gotou’s insults actually reflect his compassion, which is often the closest you get to kindness in an acerbic show like this. 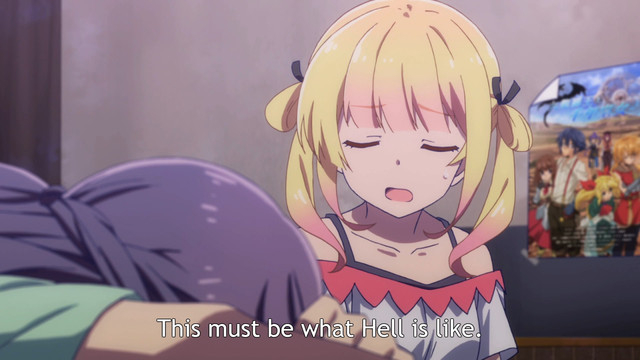 In contrast with Gotou, Chitose’s coworker Momoka has no vested interest in making Chitose into a more self-aware and accomplished person. She’ll help Chitose when directly asked, but aside from that, she sees Chitose as an amusing and fairly stupid oddity. Her insults reflect her jaded professionalism and her mean streak. When she’s talking with Chitose about the original writer of a project, she allows her contempt to show only so far as is professionally acceptable - and then laughs at Chitose when she crosses that line. And when Chitose is making a fool of herself, Momoka actually enables her, commenting on how she’s “impressed by Chitose’s confidence.” The unspoken second half of that sentence is “because I couldn’t imagine being so confident in such dumb opinions,” but the fact that she doesn’t add that tells us a fair amount about her perspective.

Finally, Momoka’s fellow veteran Kazuha has little use for insults. It’s clear in her behavior that she actually has more disdain for Chitose than anyone, but unlike Momoka, she doesn’t find Chitose’s failings amusing. Kazuha is a proud professional, and her dislike for others is always refracted through that lens. She expresses contempt for others through her expressions because she’s too proud to play nice, but she’s willing to actually let loose when it comes to critiquing the work itself. Kazuha sees others as beneath insults altogether, which is ultimately its own kind of insult. 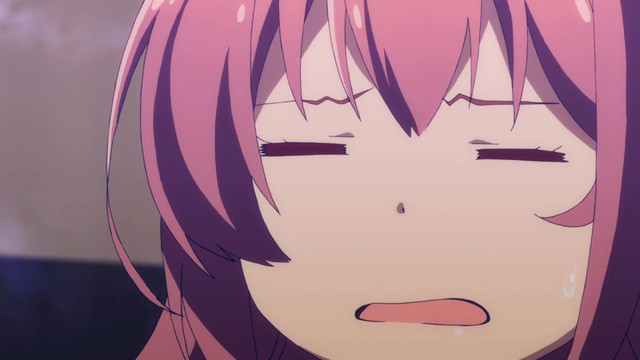 That all might make Girlish Number seem like the most unlikable show in the world, but it’s actually very funny and rewarding to see these characters bounce off each other. And the fact that I was using insults as a lens for exploring their characters doesn’t mean they’re just being mean all the time - it means that even if you isolate just their specific kind of meanness, you can still draw much larger conclusions about their personalities. Great characters reflect individuality in all aspects of their personality, and Girlish Number’s characters are unique individuals through and through.