You're never too old to learn. 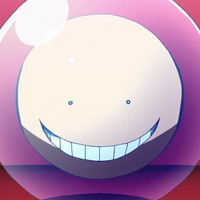 This article was originally posted on Mage in Barrel under the same title.

One of the neat things about being an anime fan older than the target demographic most anime is aimed at (that is, the shonen demographic, which ostensibly covers young males up through the age of 14 or 15) is that many of the productions I watch on a weekly basis for a quarter or half of a year at a time aren’t specifically intended for me. In theory, as a young adult with a full-time job and my own apartment, I ought to be well beyond finding entertainment in media directed at audiences 7 or 8 years my younger. But watching a series like Assassination Classroom reminds me that, really, we never really grow out of learning the lessons of youth.

As it happens, Assassination Classroom is the perfect show to center this discussion on, because it’s deeply enamored with the idea of “education as person-centered development,” as opposed to the traditional image of education-as-preparation-for-assimilation-into-society. In fact, the absurdity of the constructed reality that is the setting of the show’s overarching plot seems nothing less than essential to Assassination Classroom‘s desire to make this point—the steps it takes initially to justify the nonsensical situation (which comes through as clunky exposition in the early episodes) of Class 3-E only highlight how far away from reality mangaka Yusei Matsui has to go to even allow this system of education to exist.

But, once the basic structure is in place—sold effectively by Koro Sensei’s overpowered abilities and ridiculous charisma—Assassination Classroom is free to build up the pieces in order to create a sort of educational utopia. Here, the teachers are either so inhuman that they're able to offer specific, personalized instruction with perfect flexibility, assessment of the individual’s growth, and motivational tactics, or they’re just human enough in their idiocy (Irina) or uptightness (Karasuma) to make them relatable despite being teachers of assassination. It’s idyllic in the extreme, of course, but it’s also not so far away from reality that it's impossible to understand. Anyone who’s had a truly great teacher or professor or even parent has had a taste of Assassination Classroom's world. 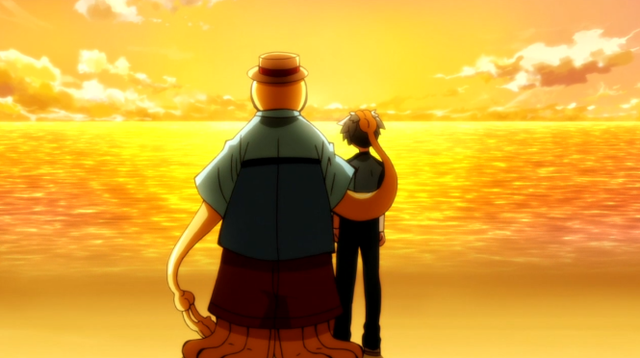 And Assassination Classroom loooooveess its teachers a whole heckuva a lot. You can see this in the way Irina is moved from a “bitch” to being a snotty, attention-craving, lovable brat. You can see it in the way Karasuma ever so gradually warms up to his role as teacher-father. You can see it in the way the show allows Koro Sensei to be likable, supremely attuned to the needs of his students, and hilariously clumsy. None of these teachers are perfect, but they’re united by an inherent likability that also commands respect. Even with Irina, for all the crap the kids give her it’s obvious they still “respect” her at a deeper level.

As for the kids themselves, they’re a rough group of not-very-well-rounded individuals who have found themselves literally on the fringes of society by failing to meet expectations. They’re marginalized, disrespected, and abused—and to some degree one might say they “deserve” it, at least by society’s standards. To take an example from one of the final arc’s episodes, as Chiba and Hayami (the snipers from the class’s grand assassination plan) contemplate their earlier misses, we see two quick flashbacks to their family lives. “He won’t even make any excuses!” lament Chiba’s parents. “For someone with these grades, you’re pretty nonchalant,” chastises Hayami’s mother. Both Chiba and Hayami—as with the rest of the E Class—have failed to achieve success by society’s standards and have been, by those same standards, ostracized to minimize the loss and inconvenience to the society that has judged them.

And it’s there that the E Class blossoms, freed from measurements based on how they stack up against arbitrary numbers—because in Koro Sensei’s classroom the most important grade you receive is how you’ve developed as a person. And this isn’t to specifically criticize the way modern education is handled (although Assassination Classroom certainly has its fair share to say on that topic); rather, it’s to point out that it’s in cultivating the person’s individuality that they eventually become able to meet the challenges society has set out before them. 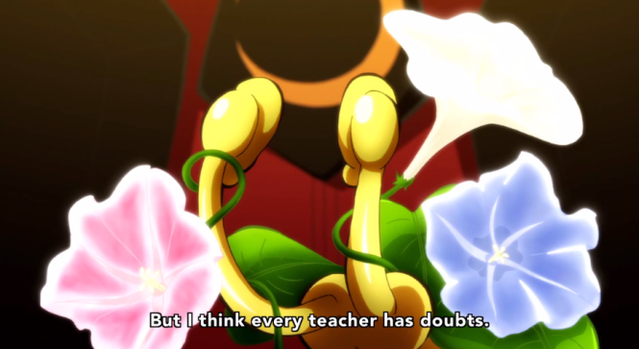 Maybe it’s obvious by now, but the point I’m driving towards is that, although Assassination Classroom‘s stated lessons—finding yourself, leaning into your strengths, learning from failure, connecting with others, etc. etc. as the episode determines—are most applicable to the demographic at which Shonen Jump manga are aimed, this doesn’t mean those of us who have passed through our middle and high school years (or, even our college years) can no longer benefit from Koro Sensei’s classroom. I’ll say it bluntly. If you think you have learned fully any of the “simplistic,” “juvenile” lessons that Koro Sensei imparts on his students, you’re lying to yourself.

To no longer learn or to no longer grow, is to stagnate. And the easiest way to fall into this trap is to convince ourselves that we’ve already mastered the lessons of life.

Make no mistake, the “morals of the story” that Assassination Classroom ends many of its episodes with are lessons of life. But the larger lesson, the one that’s not yet been explicitly stated the way so many of them have been, is that you should never stop growing. This is the message constantly communicated by the way Koro Sensei raises the bar for his students again and again and again, always placing faith in their ability to reach just a little bit further, to come a little bit closer to the impossible task of killing an unkillable monster. And, as it happens, as he does this, he instills in them the confidence that they can take the next step in such a way that they become convinced of their own abilities, their own strengths, and their own value. 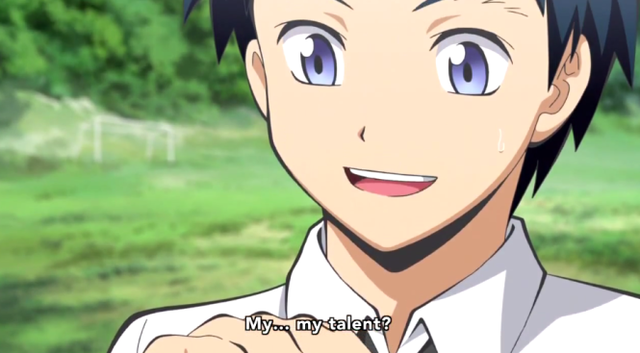 But that inherent dignity never comes with the leisure of exempting the students from continuing to develop. Being middle schoolers, at the age when they are most malleable and grow most quickly, the students of the E Class are optimally placed to embody this sort of “limitless potential for growth.” But the variety of characters and the way Assassination Classroom is constantly rotating the focus from one student to another serves to emphasize the uniqueness of each one’s situation. Thus, that potential isn’t confined to a singular mode of expression—we don’t just see one student train to be the best in a single area—but becomes distributed throughout the class as a whole, the cumulative effect being that the “limitless potential for growth” is shown to be in their own identities and the ways they become more fully themselves.

And this is where those trite lessons about being yourself and succeeding as yourself loop around (like a tentacle) to fall back on those viewers of the show who aren’t middle schoolers like the characters of Assassination Classroom are. Despite the pressures to “grow up,” “be mature,” and “be an adult” that daily barrage those of us who are facing independence and living post-education lives, Assassination Classroom offers us a return to a space of unadulterated nurturing. The lessons Koro Sensei offers to Class 3-E are lessons offered to us. Despite the fact that my years past high school have introduced me more often to failure, can I truly say that I’ve learned the lesson of episode 21—that failure often causes me to doubt my own skills and talents, doubt my ability to live up to the expectations of others, and even doubt my capacity to be “a success”? 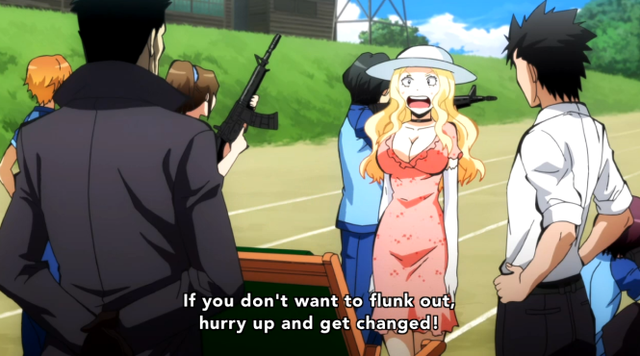 And that’s okay. It’s okay to be a work-in-progress. We’ll fail, or be less than we should be, or withdraw from others on occasion, or make mistakes and hurt others because of our selfishness and arrogance. That doesn’t make us worthless, failures, or incapable of ever improving. The only thing that will do that is if we believe we no longer need to grow, if we believe that we’ve outgrown the lessons taught in youth because we’re a little bit older and maybe a little bit wiser.

So, I just want to champion Assassination Classroom on those terms—on the grounds that the lessons it’s teaching to fledging students just barely beginning to grow into adulthood are valuable for those of us who have already learned them to relearn. 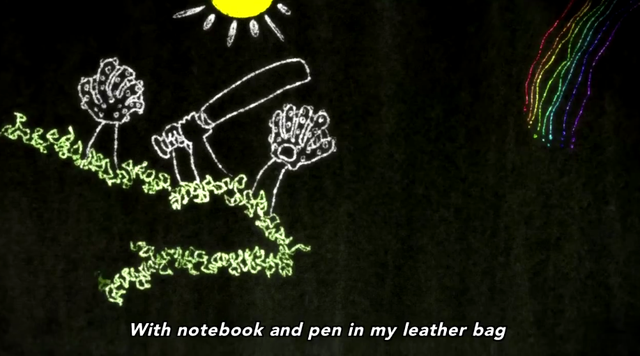