Check out the real-life locations of Yuri!!! On ICE 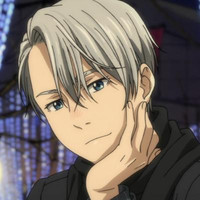 This week’s episode of Yuri!!! On ICE served as a small breather, as Yuri and Victor go sightseeing in Barcelona right before the decisive Grand Prix Final. This means now is a good time for me to do another installment of Anime vs. Real Life!!! On ICE. In case you missed it, I already talked in great depth about the real-life locations of the show, mostly about Yuri’s hometown Hasetsu, which is based on the real-life castle town of Karatsu in Kyushu. This time around, the locations are going to be scattered around the world.

The international aspect of Yuri!!! On ICE might be what stands out most for me. As someone who grew up in five different countries, I think it’s really cool to see Studio MAPPA’s depiction of a globalized world, something we rarely get to see in anime. The international cast and the different locations around the world are really refreshing. I’ve been writing this column for a while now, but Yuri!!! On ICE is the first show I've covered that featured numerous locations outside of Japan. Of course this is mainly due to our protagonist’s profession, being a world-class figure skater – another aspect of the show that stands out to me. While I’m the biggest fan of high school sports anime, it’s also pleasant to see an sports anime with professional athletes once in a while. A consequence of being a world-class figure skater is having to compete at a number of different competitions around the world, so get ready for a truly international installment of Anime vs. Real Life! This article will cover the real-life locations of episodes two up through ten of Yuri!!! On ICE.

*Most images were taken with GOOGLE STREET VIEW (I’m going to mark images I took myself with “WD”, the rest of the real-world images are from Google Street View)

The first image already emphasizes how international the show is. Japanese Yuri and his former, presumably Italian, coach Celestino Cialdini (he does say ‘Ciao Ciao’ a lot) are standing in front of the Ambassador Bridge, which connects Detroit in the U.S and Windsor in Canada. The total length of the bridge is 7,500 feet (2,286m), and it had the longest suspended central span in the world when it was completed in 1929. Yuri and his Thai friend, Phichit, were actually rink- and roommates during their time at the Detroit skating club.

In order to compete in international events, Yuri first had to win the national championships. These were held here at the Okayama International Skating Rink, in Okayama. The rink opened in 1965.

Random elementary school on the opposite side of the Okayama ice rink, where Yuri was warming up before his performance.

Unfortunately, Google Street View is not available in China, so I can’t show you the venue of the Cup of China, the Capital Indoor Stadium, or the Hotel Nikko New Century Beijing, which was the hotel where Yuri and Victor stayed during their time in Beijing. However, at the same time there was also a competition in Paris, in the Palais des Sports (image above).

Next on the agenda is the Rostelecom Cup in Moscow. After a dissatisfying second place in the Skate Canada competition, Russian Yurio returns to Moscow to prepare for the Rostelecom Cup. In case you were wondering, these really are the names of the tournaments in real life. There he arrives at the Sheremetyevo International Airport, the country’s busiest airport.

There he gets picked up by his grandfather. Speaking of whom, Emily just wrote a great piece on how you can make your own pork cutlet-filled pirozhkis.

Yuri and most of the other figure skaters stayed in the Aerostar Hotel during their stay in Moscow, which was just called Star Hotel in the anime.

This is the world famous Saint Basil's Cathedral in the Red Square in Moscow. The construction of the cathedral was ordered by Ivan the Terrible, and commemorates the capture of Kazan from Mongol forces in 1552. The cathedral now functions as a museum.

The venue of the Rostelecom Cup was the Luzhniki Small Sports Arena, which was built in 1956, and is an an 8,700-seat indoor arena.

Backside of the Luzhniki Small Sports Arena. Visible in the background is the Luzhniki Stadium, which is mainly used by the Russian national football team. Also, Yurio’s grandfather should really get himself a new car.

This shot was only shown a split second, but that’s the Sakurai Animal Hospital back in Karatsu. Makkachin was successfully treated there after he got sick.

Yuri barely makes the cut for the Grand Prix Final, and returns home to Japan after the Cup of China. With Makkachin being alive and well, Victor and Yuri reunite at the Fukuoka Airport, in Fukuoka on Kyushu.

I was speculating in my last piece about Yuri!!! On ICE whether or not this was the bridge where Victor bid farewell to his coach, Yakov. This shot is from a different angle, but I can now safely say that it was the right bridge. However, I was still not able to find Yurio’s training facility in St. Petersburg.

And we’re in Barcelona. The skyscraper to the right is the Diagonal ZeroZero. The building is 360 feet (110 meters) high, and serves as the headquarters of the Telefonica Group in Catalonia. You probably could have guessed from the name alone, but Telefonica is a telecommunications provider from Spain.

The building in front is the Centre de Convencions Internacional de Barcelona, which is also the venue of the Grand Prix Final in Yuri!!! On ICE. The convention center also hosted the real Grand Prix Final in 2015, where Japan’s Yuzuru Hanyu was victorious. Auspicious signs for Yuri. The tall building to the right is actually the hotel Yuri is staying in. All of the hotels shown in the anime were pretty close to the event venue itself.

Yuri stayed in the Barcelona Princess Hotel this time around. Small side note, they changed it to Prince Hotel in the show. Also, the rooftop swimming pool is real as well. Whoever had to do the location scouting for the show probably had a pretty good time doing so.

Frog-kun already wrote an insightful piece about the use of social media in Yuri!!! On ICE, and who wouldn’t take a selfie in front of the world-famous Sagrada Família? Like so many other famous landmarks in Barcelona, the Sagrada Família was designed by Antoni Gaudí, the face of Catalan modernism, and is supposed to be his magnum opus. Construction already began in 1882, but the church still remains unfinished, hence the many cranes in the background.

I was actually a bit surprised when Yuri told Victor that he wanted to go sightseeing with him, even though it was the day before the big finale. At the beginning of the show, Yuri definitely seemed more anxious before every competition, but spending so much time with Victor probably rubbed off on him. They’re also standing in front of the Sagrada Família here. The façade shows the scene of the birth of Jesus.

Victor and Yuri are on top of the Arenas de Barcelona, a former bullring that was turned into a shopping mall in 2011. The complex also offers a rooftop terrace and an observation tower, which is where our protagonists are standing. The tower is overlooking the Plaza de España and the two Venetian Towers. The impressive building in the back is the National Art Museum of Catalonia.

This building might not look exactly the same as in the anime, but it should be the right one.

Yuri is sitting in front of another one of Gaudí’s works, the Casa Batlló (also picture below). The building is located along the Passeig de Gràcia, Barcelona’s most luxuries shopping street.

This brings us to the Park Güell, which was designed by – surprise, surprise! – Gaudí. He was hired to create a miniature city for the wealthy, but the project was scrapped only a few years later. The forest of stone columns is the Sala Hipóstila (Doric Temple), which was supposed to be a marketplace.

Yurio and Otabek are standing atop the Doric Temple here. By the way, Yurio got picked up by Otabek on his motorcycle in some dark narrow street before coming here, which I believe is located somewhere in the Gothic Quarter in Barcelona.

The Hänsel-and-Gretel gatehouses at the entrance of the Güell Park.

In the back and in the image below is the Casa Milà (La Pedrera), another famous building designed by Gaudí. I honestly wouldn’t be surprised if Sayo Yamamoto was a big fan of his work.

These two images are in front of the Barcelona Cathedral, which is also the place where Yuri and Victor exchanged their ‘lucky charms.’

The Fira de Santa Llúcia Christmas Market, which was shown during the latest episode, is also located in front of the cathedral. The waterfront where Yurio and Victor talk in the morning before the final should be located just outside of their hotel.

Now, what did you think of the real-life locations of Yuri!!! On ICE? Also, do you think Yuri is going to win the Grand Prix Final, or will someone else be victorious? Leave a comment!