Why bother writing fanfiction when Kazuma Kamachi will do it for you? 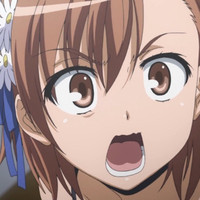 The first season of A Certain Scientific Railgun (which recently found its way to Crunchyroll!) is a fascinating show to consider through the lens of its genres and structure. Although the fantasy/sci-fi action elements are ostensibly the show's primary draw, Railgun is also a proficient wielder of the tropes of the slice-of-life genre. When I first watched the anime, I remember enjoying the assorted arcs for the battles between espers—but strongest impression the show left with me was how well it captured the feeling of just wandering around town during the summer with your friends. But although I personally give priority to the slice-of-life parts of Railgun's first season, I'd argue that the anime's action half and slice-of-life half are essential partners operating in natural flow that allows the show to easily slip between the two modes.

Among other factors, I think this balance is a critical part of Railgun's appeal. This spin-off of Kazuma Kamachi's A Certain Magical Index series isn't the progenitor of the formula, owing much of its basic structural conception to shows like Shakugan no Shana. Even so, Railgun's popularity and the popularity of shows like it that eschew tightly plotted stories for a mixture of more intense narratives and lighthearted character interactions is something worth considering—especially considering that these two kinds of show don't seem a logical fit for each other. What is it about these productions that makes them enjoyable for fans? Why do we like watching anime that takes time out from telling an actual story to spend an entire episode on a school festival or the usually badass main character's worries about playing a violin solo?

One might come up with a number of different answers to that question, but the one I find most interesting is related to how shows like A Certain Scientific Railgun tap into the same impulse that leads us to writing fanfiction or drawing fanart. 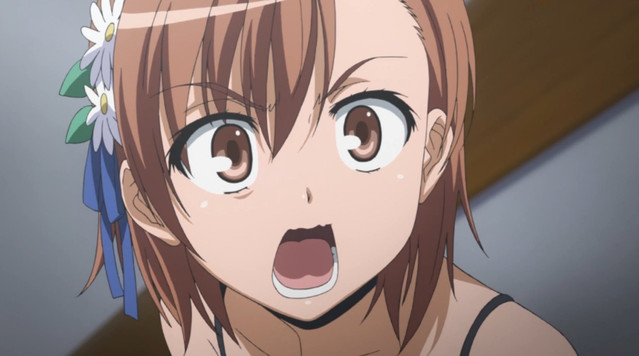 Of all the fanart of different anime I've seen, one of the most memorable is an image of the main characters of Mobile Suit Gundam Unicorn, Banagher Links and Audrey Burne, in casual clothes. Why does this image stick out in my mind so much? Aside from reasons like the quality of the drawing and clothing design, I think there's also a fundamental appeal in the gap between the pair's outfits in the show itself and their outfits in this artwork. Gundam Unicorn is what one might consider a "serious story"—one where its primary goal is the advancement of an epic plot. Seeing Banagher and Audrey in clothes that cast them in a situation so far different from that of their canonical lives as characters with Gundam Unicorn's narrative brings with it a strange sense of incongruity. And yet, there is something enjoyable about that opposition between what their canonically established lives are like and this other projection of them.

This example is fanart, but I think it exemplifies the core mechanism that addresses the "why?" question we must ask of the appeal of the those fanworks that exist outside of the established canon. While many works of fanart and fanfiction exist as homages to the original work, just as many exist as expressions of the fan-creator's own desires for the source material. A ship that doesn't exist in the canon can be made real in a piece of fanart (a recent example: the torrent of Kaname x Messer fanart from Macross Delta). Silly character banter that's relegated to rare, short scenes in a TV anime can be expanded at will in a fanfiction. Even fandom activities like roleplaying can be forums for fans to act out ideas about stories that do not exist in the authorially established source. To return to the example of the Gundam Unicorn art, it's pleasurable to view because it offers a sort of "canonical fanfiction." Via the act of its (or any other fanwork's) creation, it becomes more real and equal to the source in the perception of the view—and thus offers the tempting recontextualization of the characters in a new, personally established setting. 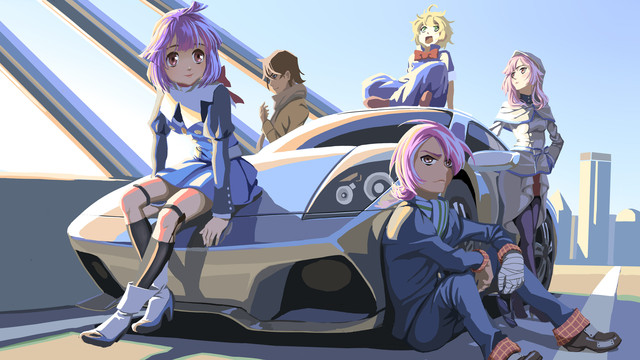 Speaking for myself, I find these kinds of forces at play in me most strongly with fictional works that are dedicated to maintaining a tight plot and a specific flavor of character work. To speak less in generalities, one example is Concrete Revolutio, which is pretty darn committed to being a "serious ideas show." And while I love Conrevo on those terms, there are rare teases within its structure that hint at more casual and less story-focused interactions between its cast. These moments made we wish for an episode of the show apart from all its ideas about justice and right and wrong and humanity. Instead, I dreamed of this cast of characters I'd already come to love within the canonical story and tone of the show messing around together in goofy shenanigans. I'm sure you can think of your own examples of books, TV shows, or films based in one mode of storytelling that you wish you could see working in another.

Now, let's return to A Certain Scientific Railgun. As I've already noted, Railgun is almost two shows in one. There's the the plot-driven action show, and then meandering slice-of-life show, both of which criss-cross in and out of each other (one in-universe way this happens is how Kuroko, as a member of Judgement, can flip into from "hanging out with friends" mode to action mode instantly any time there's a robbery or other reason for her to do so). In other words, for Railgun and show like it that follow this same formula, the appeal of the slice-of-life (or comedic, etc.) elements in them is fundamentally the same as that of fanfiction, except with the added benefit of actually being canon. Rather than having to imagine up Misaka and her friends in casual hang-out situations, viewers of the show are treated to a production where those alternative takes on its characters and entertaining situational divergences are actually part of the text itself. Fanfiction, as it were, has become canon—and so the fans rejoice.

What do you guys think about shows that mix different kinds of genre elements and tones the way stuff like A Certain Scientific Railgun and Shakugan no Shana do? Are you a fan of this kind of cocktail, or would you prefer that fanfiction-like stuff stays out of the realm of canon? Let's hear you down in the comments! 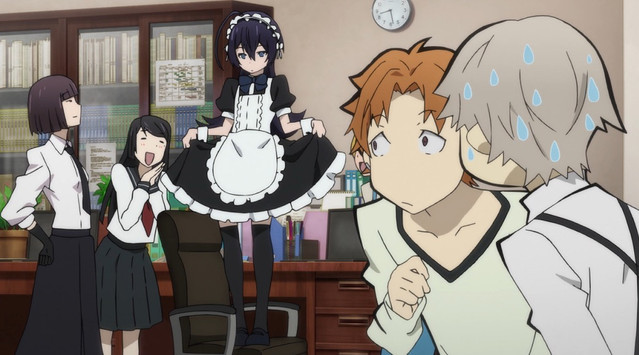