Not sure if anime is your style? Let us change your mind! 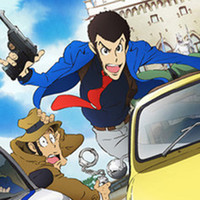 Many people think of anime as a stand-alone genre – but it’s technically not. While there are many tropes and devices peculiar to anime, it’s actually an art form in and of itself, with many different genres existing within it. And even if you’re not a fan of anime, what you are a fan of may help you find an anime series you’ll enjoy.

So if you’re looking for something to marathon over the holidays, give some of these streaming series a try! 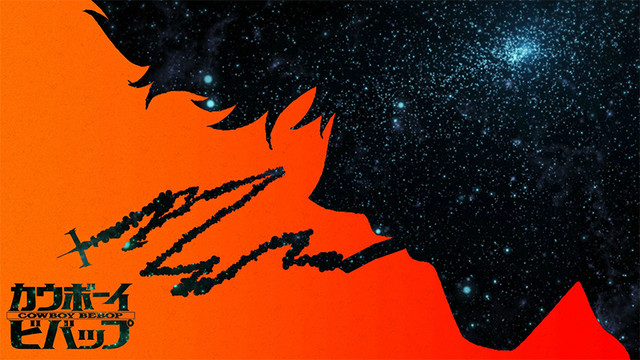 Don’t let the weird title fool you: the 1998 series Cowboy Bebop is a rough, action-packed outer space adventure about interplanetary bounty hunters. Slick fighter Spike Spiegel is accompanied by the sexy grifter Faye Valentine, tough guy Jet, hacker whiz kid Radical Ed, and hyperintelligent corgi Ein on a trip through the stars aboard the Bebop. Pair that with an epic jazz soundtrack by Japanese music legend Yoko Kanno and a heartbreaking finale, and you’ve got a hit on your hands. 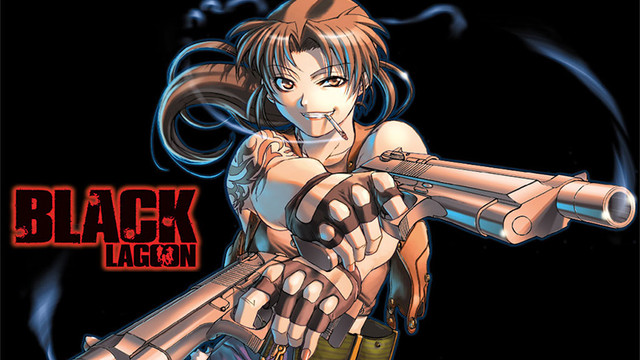 Watch It On: Funimation

Black Lagoon is a show about pirates – but we’re not talking the Caribbean kind. The modern-day cast of this series is led by the ruthless sharpshooter Revy Two-Hand, accompanied by hapless interpreter Rock. Each storyline plays out over the course of a few episodes, in which you’ll encounter murderous maids, terrifying children, and Mafia heirs. It’s a gory one, so make sure you have a strong stomach before you settle down to it. 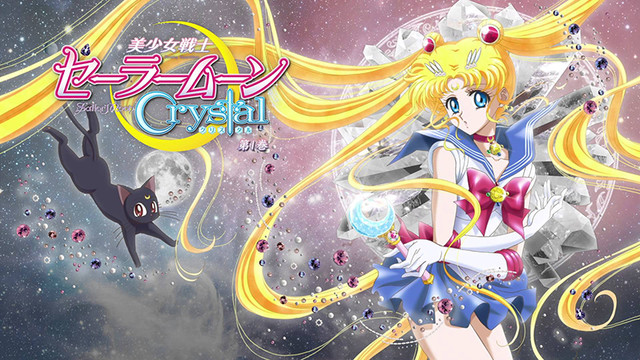 No, we’re not kidding. A lot of people may think back to Sailor Moon and its role in the 90s anime boom in America, but it has a pretty impressive history back home. Sailor Moon was the real beginning of female superheroes in Japan (it had been entertained briefly in the 70s but didn’t catch on long-term), and this modern-day remake is a more compacted version of the 200-episode version that ran 20 years ago. But it’s not just about fighting monsters: it’s about destined lovers from centuries in the past, love triangles, and the day-to-day troubles of being a teenager who also just happens to be tasked with saving the world. 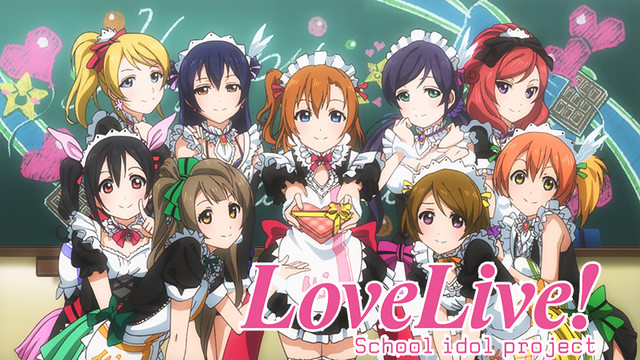 So there’s no more Glee to be had. But if you’re in need of a story about high schoolers achieving their musical dreams, give Love Live! a try. It’s the story of the cheerful Honoka, who enlists her two childhood friends to form an idol group (basically a big singing group that also trades on their cute costumes and personalities) to win a nationwide competition. They run into trouble from the student council and the school itself, but the nine girls who finally make up Muse become fast friends and do a lot more than just sing and dance. Though the songs are pretty catchy. And if you're into music competition shows, this should hit that craving for you -- the girls' success is reliant on audience votes and YouTube hits. 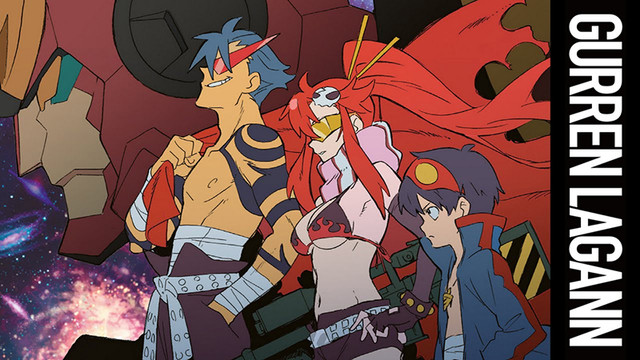 The giant robot franchise has a proud history in Japan, and Pacific Rim definitely tapped the feel of it. If you’re impatient for the sequel film and aching for more ludicrous giant robot battles, look up Gurren Lagann. A band of humans find combining robots with faces and use them to fight the beast-like creatures who have conquered the surface of their world… and the robots just get bigger and bigger. Have you ever wanted to see two robots throw literal galaxies at each other? Because this is your chance. Additionally, it's a great one for Westworld fans, as the front half of the series has a rough, rugged sci-fi/desert theme. 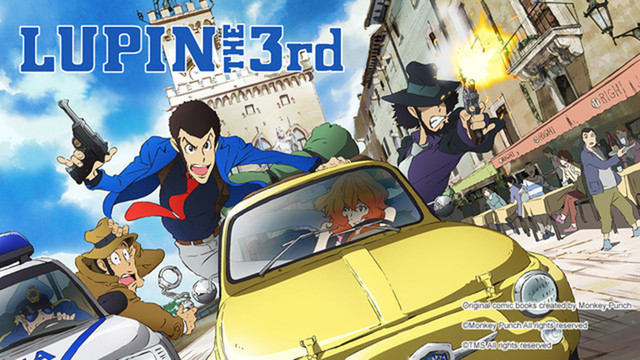 Lupin III is sort of Japan’s own Bond. They’ve been making comics, movies, TV series, and even slot machines featuring the grandson of French gentleman thief Arsene Lupin for decades now. The latest series, featuring retro-style art akin to the original comic, takes place in Italy, and has a much more European focus. Lupin works alongside ace gunman Jigen, stoic samurai Goemon, and the money-hungry Fujiko… and a daring young model named Rebecca Rossellini who’s decided she wants to try to thief lifestyle for herself. 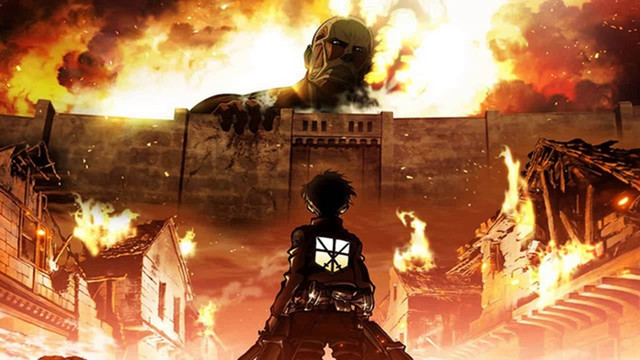 Okay, so Titans aren't zombies -- they're bigger, faster, and (occasionally) smarter. But they do eat people. And most importantly, this show -- like The Walking Dead -- focuses less on the monsters themselves and more on what happens to society in the midst of a devastating monster attack. Especially when it looks like there may be monsters (both of the man-eating kind and of the Just Plain Bad Human King) in your midst. Fans of the zombie hit will latch on to the themes of self-preservation, dubious allegiances, and blurring the lines between humans and monsters -- oh, and a whole lot of blood and guts. 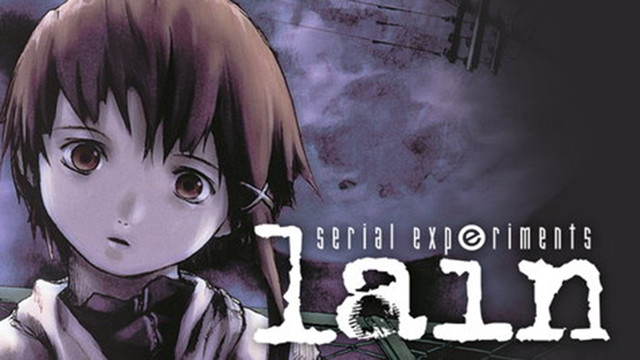 Watch It On: Funimation

This 1998 anime series became an instant classic, following the life of a seemingly normal fourteen-year-old girl named Lain as she discovers the secrets of the Internet-like world known as the Wired. Dark and philosophical, this show explores the nature of identity in a wired age, and the lines between reality and the world of technology. It would be a disservice to delve too deep into the plot, as the twist in the series is worth experiencing for yourself. 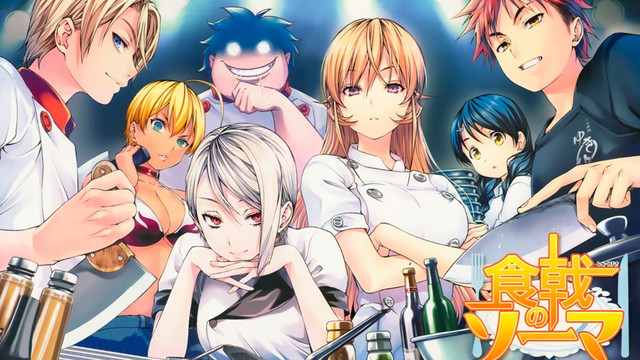 There is no shortage of anime out there about cooking. But for the real competition feel, you might want to give Food Wars! a try. It follows a middle school student named Soma whose master chef father enrolls him in an elite culinary school. This school, incidentally, has a 10% graduation rate. Now Soma's goal has gone from surpassing his father's skills as a chef to just making it out of his new school. Just don't watch this (or any cooking anime, really) on an empty stomach.

There are many more series out there, no matter what you’re a fan of. Action, comedy, romance, horror – anime isn’t just one thing. Pick something up and give it a try!