Check out the real-world locations of Izetta: The Last Witch 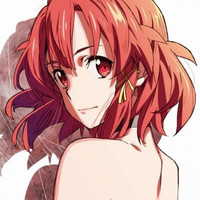 I was extremely excited for Izetta: The Last Witch the moment I saw the first trailer during Crunchyroll’s Fall Rollout, not only because the story had a really interesting premise and because of the well-animated action scenes, but also I immediately recognized Eylstadt’s capital’s real-world inspiration, which is Innsbruck. As an Austrian myself who’s also currently living here (not the place with the kangaroos), I was obviously beyond excited for an anime set here in my small country in the heart of Europe. Now that the final episode of Izetta is airing today, it’s the perfect time to take a look at the real-world locations and inspirations of the show.

Izetta: The Last Witch is a historical-fantasy anime that takes place during an alternate version of the Second World War, primarily in the fictional duchy of Eylstadt. Eylstadt’s real-world equivalent are the two Austrian federal states Tyrol (only North Tyrol to be precise), and Vorarlberg, both of which are located in the west of Austria and are within the Eastern Alps mountain range. Just for comparison, Tyrol and Vorarlberg combined have about the total size of the State of Connecticut. Most of the shows country names have been fictionalized (I still have no clue which country Germania is supposed to be), but I’ll use the real names throughout this article.

*This’s week’s article is a mix of my own photos, and images I took via Google Street View. To avoid confusion, I’ll mark every image individually. Mine with ‘WD’, and the other ones with ‘GSV’

Eylstadt’s capital is Landsbruck, whose real-world counterpart is Innsbruck. The city’s name is composed of the Inn River and the German word for bridge (Brücke). Innsbruck is also the capital of Tyrol, one of Austria’s nine federal states. The city has a total population of 130,000 people, making it Austria’s fifth largest city. The range of mountains in the background is called the Nordkette (North chain), and its highest summit is 2,637 m (8,652 feet) tall. I took this picture atop the Bergiselschanze, a ski jumping hill stadium in the south of Innsbruck. If you didn’t know already, it’s all about winter sports here in Austria.

A little tidbit on the side, which might also be part of the decision why Innsbruck was chosen as the show's main setting: The first proper witch trial in history actually took place in Innsbruck. In 1485, German churchman and inquisitor Heinrich Kramer (who later latinized his name to Henricus Institor) accused seven women of witchcraft, and brought them to trial. However, the trial was unsuccessful due to protests of the local bishop, and Kramer was expelled from the town. This prompted Kramer to publish the 700-page-long Hexenhammer (Malleus Maleficarum in Latin) three years later. The title translates to Hammer of Witches and soon became the most important treatise on how to identify and convict witches. The tenth episode of Izetta is called "The Iron Hammer of the Witch," so there is reason to suspect that the creators of Izetta are aware of this story. On the other hand, I was not able to find any Austrian fairytale similar to Izetta’s legend of the Weiße Hexe.

I was a bit irritated in the first episode, as this was supposed to be the sign of a hotel in Zürich in the anime. However, that’s clearly the Tyrolean Eagle, and I also found this hotel in Innsbruck. There are actually a lot of hotels called Roter Adler (Red Eagle) here in Austria, but the sign is almost identical to the one in the anime, as well as the date on the sign. It was said in the anime that the owner of the hotel in Switzerland was born in Eylstadt, so that might have been the reason why this particular design was chosen. It’s also a possibility that whoever had to get the reference material for the show stayed there during his or her visit in Innsbruck, and just happened to like the sign.

This one is a bit of stretch, but hear me out. Finé’s royal palace does not exist in the real world, at least not in Innsbruck. But if you look closely at the first image of this article, you clearly see where the anime's palace is located along the Inn River, and that’s exactly the spot where Innsbruck’s Hofburg (Imperial Palace) is located, which belonged to the House of Habsburg. While the two palaces look nothing alike, the anime at least seems to draw some influence from the Hofburg, as well as the Cathedral of St. James (Innsbruck Cathedral), which is located right next to it. Like in the anime, both buildings were heavily damaged during The Second World War - but that's enough speculation for now.

The anime’s Coenenberg real-life equivalent is the Kummenberg, located in the west of the federal state of Vorarlberg. The Kummenberg is a 667-meter tall Inselberg (an isolated mountain) right in the Alpine Rhine valley. Unlike in the anime, there is no fortress located atop the mountain.

One thing that really irks me about Izetta is that we almost got to see nothing of Innsbruck. There are a ton of landmarks in Innsbruck the anime could have used, but this single shot of the Annasäule in episode four is the only one. The Annasäule (St. Anna’s Column) is located right in the center of the city. The column is meant to commemorate the liberation of the region from Bavarian troops during the War of the Spanish Succession, on the 26th of July 1703. In some European countries, most days are associated with a given name, and the 26th of July is Anna’s name day, after which the column got named. The actual statue atop the column, the Mondsichelmadonna (Woman of the Apocalypse), actually faces north in real life. However, the anime changed it so the statue would face south, probably only because of the nicer looking northern mountain range in the background. I’m sorry I was not able to get a full picture of the column, as there were preparations for an event going on. Trust me, I was a bit annoyed myself, since I headed to the train station in Vienna at 6am, and had to sit in the train for almost five hours, just to find out that I wasn't even able to get a good shot of the column.

This is a bit of stretch again, but like I said before, just hear me out. I actually went to the tourist information center in Innsbruck, and asked if the café from the sixth episode could have been based on any real café in the city. After having to painfully explain what the hell anime even is, and why in the world I’m even doing this, we (a total of three staffers and myself) came to the conclusion that it could have only been based on the Goldenes Dachl restaurant. This is just speculation, but the position and the restaurants windows do look really similar to the one in the anime, and also the interior kind of matched, but I was unfortunately not able to take pictures inside. It’s one of the city’s most famous restaurants, and is located quite near to the Red Eagle hotel. And get this, the restaurant is also located right next to the city’s most famous landmark, the Goldene Dachl (Golden Roof), which was where the first witch trial took place. (Ok, I think I’m starting to read too much into this, it really is starting to sound like a conspiracy theory.)

They called it a Kirschkuchen (cherry pie) in the anime, but that was definitely a Linzer Torte they showed in episode six, which is listed as a cultural property in Austria.

The German used in Izetta was actually surprisingly good, and there were only a few mistakes. But then there was that one song at the end of the third episode, which I just want to erase from my memory.

In the first episode Finé traveled to Zürich, which is called Albringen in the show, to meet up with Britannia’s Lord Redford to negotiate a deal between the two countries. There they secretly meet up in the Zürich Opera House, which opened in 1891.

The opera that played during that scene was Wolfgang Amadeus Mozart’s The Magic Flute.

This building was shown in the eleventh episode, and is also supposed to be in Zürich. However, there is not even a remotely similar-looking building like this in Zürich. So instead, my best guess would be the Federal Palace of Switzerland, located in the country’s capital Bern. The color, the columns in the front and the protruded dome atop the building look extremely similar.

That’s supposed to be Germania's headquarters at the Ruden Lake, which is Lake Constance in real life. It’s central Europe’s third largest lake, and borders Austria, Germany, and Switzerland. The shot above shows the famous harbor entrance of Lindau, in Germany. Atop of the socket is a beautiful sculpture of the Bavarian Lion, and it’s a shame they did not animate that one. The building in the back is the hotel Bayerischer Hof.

The 20 meters high Mangturm Tower served as a lookout before the city’s lighthouse was built in 1856.

There was also a shot showing Berlin, which was called Neu-Berlin in the anime. The specific shot actually showed Hitler’s vision of Berlin. The project was called World Capital Germania, but was never realized. The anime shows the Brandenburg Gate in front and the planned Great Hall in the back.

In the seventh episode, Izetta and Finé travel north to the Country of Nord, or you know, just Norway. There Izetta has to sink the new but unfinished Germanian aircraft carrier, Drachenfels (Dragonrock), which seems to have been based of the German aircraft carrier Graf Zeppelin, which was also never completed. In the anime, the carrier was hiding in a valley in the Sognefjord, Norway’s largest fjord.

This brings us to London, but I don’t think these landmarks need any explanation. The two images of course show the Palace of Westminster, also known as the Houses of Parliament. The image above shows the Elizabeth Tower, commonly called Big Ben, which is actually just the name of the bell located inside the clock tower.

This is the iconic Tower Bridge, and located to the left is the Tower of London, my personal highlight from London.

All in all, Izetta did not really live up to my expectations, and I wish there would have been a lot more scenes in Austria, but it was a very enjoyable show nonetheless. I also liked Izetta’s unusual musical score, especially the one in episode three where she pierced all the tanks with her lances. But the thing I love most about Izetta are the amazingly accurate World War II aircraft.

Don’t forget to catch the big finale of Izetta: The Last Witch today! How did you like the show, and did you spot any other real-world references? Also, have you ever been to Austria? Sound off in the comments below!