Let's find something new in the old! 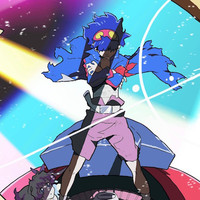 New Year's is coming soon, and with it the annual tradition of making our New Year's resolutions. At least from my perspective, one of the sentiments I typically see accompanying all this fuss about the changing from one year to another is "out with the old, and in with the new." In the anime world, we see this idea in effect rather clearly as year-end awards and discussions about the best anime of the year start and fade swiftly as we get excited for the first shows of the next year's first season to drop. There may be a lot of noise about remembering the year that has gone by, but our attention quickly turns toward that which is new and exciting. And that's all fine, but sometimes I wonder if our eagerness for the bounties of coming anime perhaps cause us to forget too fast things we ought to be remembering.

I suspect this effect is one we anime fans who have grown up in the simulcast age are particularly susceptible to. With so much new anime coming out each year and season, the siren song of new shows to watch and discuss with others is alluring, and in the meantime our backlogs continue to swell. Again, none of this is necessarily bad, but the pattern does lend itself to mindless consumption—watching just because you've started watching or continuing only to keep up with the show and the conversation. At times, even maintaining the most basic goal of actually enjoying the shows we're following can fall by the wayside as the impulse just to watch takes over. Our mindfulness about why we're watching what we're watching evaporates with the new, and the old lie forgotten.

What I'd like to share with you today are two things I've been doing over the past year, two resolutions I made to myself at the start of 2016 for the purpose of escaping the sometimes mind-numbing effects of the seasonal anime cycle. Maybe they'll inspire you for the year to come. 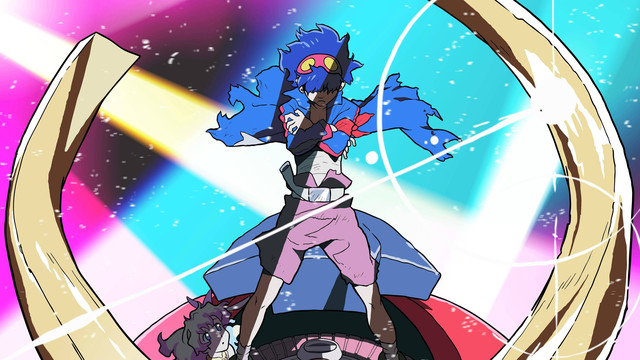 As a relatively recent anime watcher, I can't really call myself a fan of older anime specifically, but I have made it a point over the past year to watch a number of shows from before 2000 (including a number of anime that were made before I was even born!). It's been a fascinating experience. To name only a few, I watched the three original Mobile Suit Gundam movies while they were available for free streaming on the GundamInfo YouTube channel, saw the legendary Macross Plus OVAs, and—under the influence of a friend—gave a show called Martian Successor Nadesico a try. These forays into the anime that were a part of paving the way for the shows we have today opened my eyes a bit. Not only did I discover that, yes, it is possible to enjoy anime from the pre-moe era, but I also found that experiencing these shows gave me more context for understanding some of the more recent anime I've seen.

Alongside these new experiences of old shows, I also spent a lot of time during 2016 rewatching a number of my favorite shows, many of which I had the pleasure of seeing on Blu-ray for the first time. One such old favorite (one I think serves as a rather appropriate example for today's topic) was Gurren Lagann. Gurren Lagann was actually one of the first 20 or so shows I saw when I was first getting into anime, and I remember marathoning the dickens out of it during college, finishing in a few short days. That was probably three years or so ago, and thanks to the time that's elapsed since then and the speed with which I watched the show, my memories of it are quite fuzzy. So for me, rewatching TTGL was not only a chance to revisit a show I remembered loving, but also an opportunity to see if I could still count it as one of my favorites. 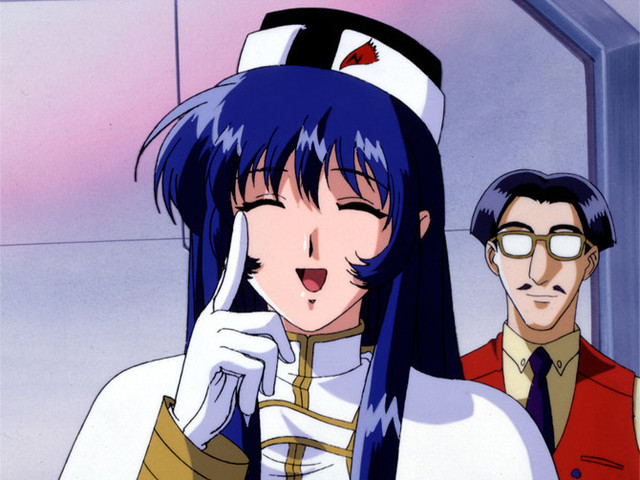 These were the two anime-watching resolutions I spent time this past year working on: seeing more older anime and rewatching a number of my favorites. And although it may seem an odd claim, I actually think these two activities are more similar than they appear on the surface. When considered against just going along with the flow of simulcasts, visiting the anime of yore or revisiting your favorites is a deliberate decision to remove yourself from the present and dive back into things that have already gone by. Whether it's the history of the anime industry itself or your own history with the medium, turning to older anime or old favorites offers a chance to apply the new perspective of your current self to the past and allow new meanings to come out of that.

I'm convinced that these two activities are valuable—for anyone, but especially for those of us who watch a lot of seasonal anime. There are bounties in the past that we miss for our refusal to turn away from the immediate. Ultimately, we are denying ourselves a chance to both find something new (even if old) to love or to provide ourselves with a new way to love something we've always liked. I said that Gurren Lagann is a good example for this topic (as is Martian Successor Nadesico), and I say that because Gurren Lagann is itself a show that looks back to the past. It is filled with love for the anime it pays homage to, drawing on that energy of love to power its own expressions. By looking back, Gurren Lagann creates itself as something new and wonderful. We could all learn a few lessons from that.

And so, I present you with two proposals for anime-watching New Year's resolutions: 1) watch at least one anime you haven't seen and you think you'd like from before 2000, and/or 2) rewatch at least two anime you already consider your favorites to see how they hold up.

The ball's in your court, friends! Which of these two anime-watching New Year's resolutions are you thinking about picking up for 2017? Or, if you're not really interested in either of those, what other anime-related resolutions do you want to make? Share with the rest of us below in the comments! 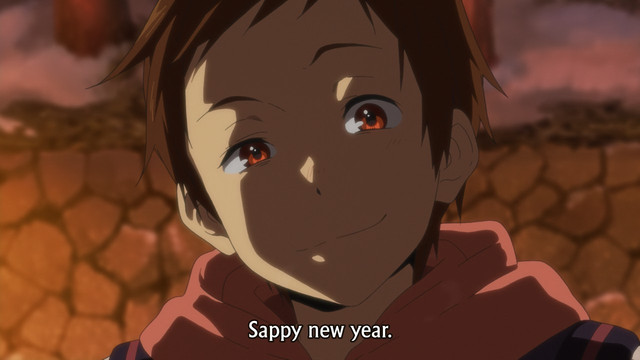 Finally, as we close out this year, I also wanted to let you guys know that this is going to be my final Aniwords piece here on Crunchyroll. I've been writing this column weekly for almost exactly a year and three-quarters now, so it's time for me to take a break. Thank you so much to everyone who has read, commented, and said nice things during this journey. Writing for you all here has been a whole lot of fun for me, and I'm incredibly grateful that I had the chance to share my thoughts about this medium I love so much. I've done some work I'm super proud of in this space, and if I've inspired you to try out a new show or even just think about this wild hobby in a slightly different way, I think I can consider my time here worth it. Thank you all again, and if you'd like to continue to keep up with my work, feel free to follow me on Twitter, Facebook or on my blog. I'd love to hear from you in any of those places. All the best~