FEATURE: Crunchyroll's Most Popular Anime of 2016 by Country!

"... an undeniable truth in the world of anime - Re:ZERO is a big deal" 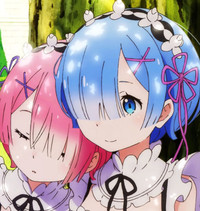 This has been an incredible year for anime, with notable favorites for every fan of the medium. But in 2016, what was the most popular anime in your country? With so many possibilities, what claimed the hearts of all of your friends and neighbors?

This year, Crunchyroll is sharing its most popular anime by country with fans! Crunchyroll is the biggest provider of anime outside of Japan, streaming hundreds of new anime every year to fans in every country - so this is a huge piece of the puzzle in figuring out what’s getting watched! 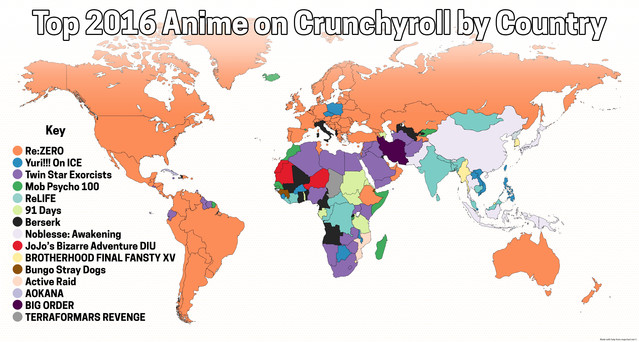 How was this information collected? The most popular anime in each country is determined here by the unique viewers for the show’s first episode. In this way, an anime that’s run for 50 episodes over the course of the year won’t have too much of an advantage on the briefer 12-episode shows. All 165 anime that started airing on Crunchyroll this year are included in the running - so while long-running shows like One Piece or Case Closed don’t qualify, but anime that have returned for a new season such as GATE or Sound! Euphonium do.

A casual glance at the map reveals what is an undeniable truth in the world of anime - Re:ZERO is a big deal. In Japan, in North and South America, in Europe, in the world over, Re:ZERO was met with incredible excitement and chatter. The fantasy adventure followed our modern-day hero, Subaru, as he tried to apply video game knowledge to a magical world he was mysteriously transported to. He’s…not as smart as he thinks, though, and finds himself dead in short order. Luckily, Subaru has acquired an ability that lets him re-live his life from his last “save point” whenever he dies, allowing him to venture on, meet incredible characters, and…make the same mistakes all over again. 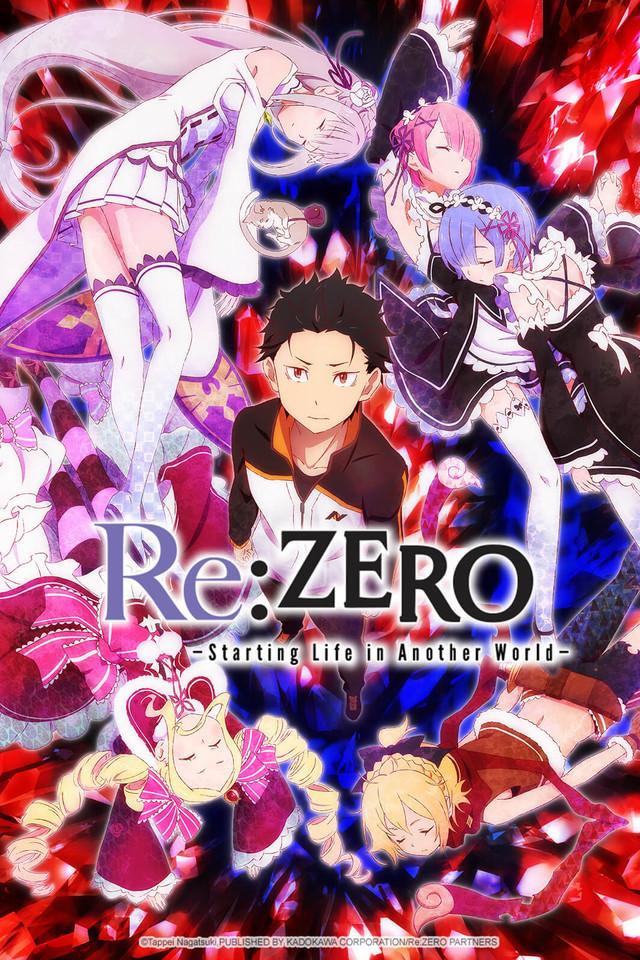 Re:ZERO was celebrated for its refreshing take on the “trapped-in-a-video-game” genre of anime and its memorable cast, but its dominance over the world map is challenged by the likes of figure skating romance Yuri!!! On ICE, as well as the next big name in shonen battle series, Twin Star Exorcists. Mob Psycho 100, based on a story from the author of One-Punch Man, was the only anime to secure a country in every continent, and ReLIFE and Noblesse: Awakening took turns in most Asian countries.

Africa’s anime-watching population is smaller compared to the rest of the world, and with smaller populations watching anime, regional tastes come out even stronger! While Twin Star Exorcists is a big series in some of the most populous countries, JoJo’s Bizarre Adventure - Diamond is Unbreakable makes a stand on the continent’s West coast, and some series like TERRAFORMARS REVENGE and AOKANA get their chance to bask in the limelight!

It’s important to note that beyond user tastes, regional availability can sometimes play into what may be the most popular anime in a given country. While Crunchyroll works to secure licenses in as many countries as possible, that’s not always possible - a notable example is Japan, where anime is broadcast on television! Some of the only anime available on Crunchyroll in the homeland of anime are international projects, like South Korea’s Noblesse: Awakening and Rooster Teeth’s RWBY.

Anime is more popular than ever around the world, and understanding what’s popular in which countries is a great way to celebrate the medium with friends across the world. Let’s all watch together to see what great anime 2017 brings!!