FEATURE: Why It Works: A Worlds Tour of Flip Flappers, Part One

Today we'll try to uncover the psychological secrets behind each of Flip Flappers' beautiful worlds! 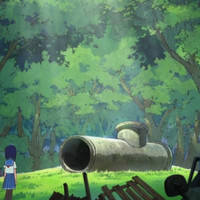 Well, the fall season has ended and the winter isn’t yet in full swing, so I guess I’ve got a good excuse to give Flip Flappers one more look. With the full story concluded, we now have a clear picture of what Flip Flappers was all ultimately “about” - how its episodic adventures all fed into Cocona’s need to embrace her own identity, and how all the other characters of its world fit into her life story. But one of the great things about Flip Flappers is that you can examine it on all number of levels, from its overt stories to its character arcs, visual narratives, and underlying themes. And today I’ll do a little more investigation of just one of those levels - the significance behind each realm of Pure Illusion. 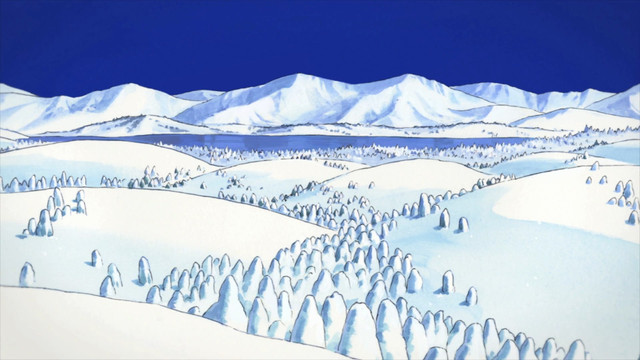 Most episodes of Flip Flappers see protagonists Cocona and Papika slipping through some kind of crack in the world to arrive at a new realm of Pure Illusion. Each of these worlds are beautiful and fascinating for their own sake, and they each contribute to Cocona and Papika’s journeys, but they’re not just random fantasy lands. As we learn later on, each realm of Pure Illusion actually reflects the thoughts and feelings of someone in the real world, and with the context of the whole show behind us, we can do a pretty solid job of pinning each fantasy world to someone we actually know. So let’s start at the very beginning, and explore what all these worlds say about the people who made them.

Cocona’s first journey into Pure Illusion brings her to a snowy wasteland, where the world she knows has fallen into ruin and the only inhabitants are massive, menacing beasts. This world is never given a clear one-to-one explanation, but it seems very likely that this is a world created by Cocona herself. Cocona feels she has no place in the real world, and always seems removed from the things happening around her. Her loneliness and isolation are vividly portrayed in this first Pure Illusion, along with a fear of others that inspires those imposing beasts. And Cocona’s initial reaction to this world is one of terror, to the point where when she finally leaves, she yells at Papika for putting both of them in danger. 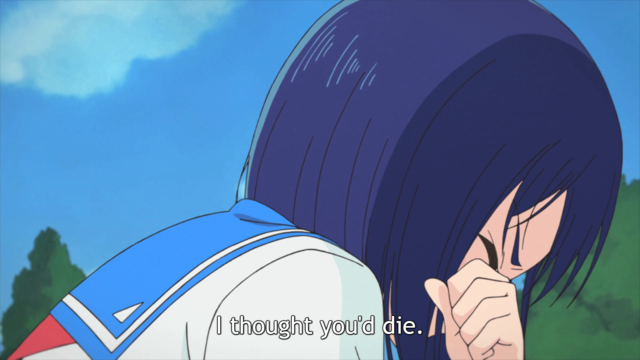 Her fear reflects her feelings about both herself and the world around - she is scared of making the wrong choices, and scared of embracing things that could eventually hurt her. But by the time Cocona returns to this world in the show’s final arc, she admits that she actually likes this place. Not only does this place remind her of first meeting Papika, who she loves, but those warm experiences with Papika have led her to love herself as well, in all of her cold and majestic beauty.

Frightened by that first experience, Cocona has no interest in returning to Pure Illusion with Papika. But in the second episode, her pet rabbit-thing Uexkull ends up getting sucked into a pipe, and Cocona is forced to chase after him. The world she emerges into is Uexkull’s mindscape - sometimes scary but always interesting, it is a world of technicolor backgrounds and rabbit-people. Cocona’s feelings here reflect both her tentative interest in the world around her and Uexkull’s general philosophy on life - if something exists, you should probably try chewing on it (a compulsion Cocona unsurprisingly fights against). Cocona is eventually constrained in this place by a tiny cage, reflective of the few fears Uexkull can consciously recognize, and when the rabbit himself arrives, he appears as the tremendous rabbit-hero he must be in his own mind. Flip Flappers’ second world works perfectly well as a standard adventure, but it’s also both a reflection of Cocona's fear of her own desires and an endearing look into the deep thoughts of a pet rabbit. 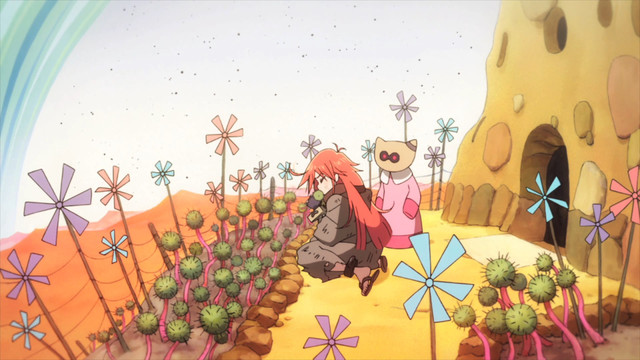 The third world of Flip Flappers is a tricky one, a world we can’t definitively place until the very last episode. Trapped in a desert world and separated from Cocona, Papika finds herself in first a remote village, and then in the middle of a Mad Max-inspired showdown. Later on, she learns Cocona has been seduced by some kind of bondage witch. Cocona is only able to break free of this seductress when she acknowledges her own feelings - including uncomfortable ones, like her anger towards Papika. While this feverish wasteland does reflect Cocona’s uneasy relationship with her own anger and desires, this isn’t actually her world.

It’s only when Cocona eventually visits Pure Illusion technician Sayuri’s bedroom that we learn this is Sayuri’s fantasy, clear in her posters of Ben-Hur and Mad Max. This episode is also the first to introduce magical girl transformation sequences, making Sayuri’s love of Sailor Moon fairly understandable as well. Our internal worlds don't just reflect our feelings and ambitions - they also reflect the people and even media works we've loved, which offer frameworks for us to parse the world through. Where the bondage witch stuff comes from, you’ll probably have to ask Sayuri herself. 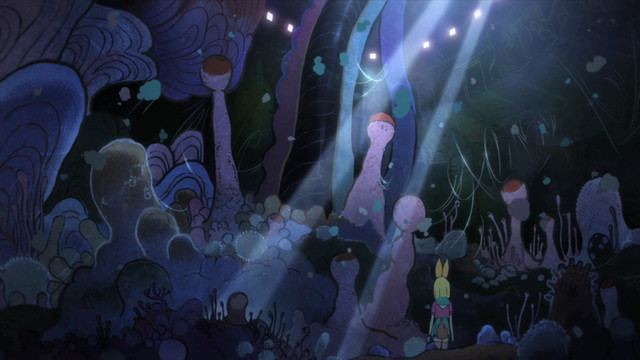 ...well, it looks like I’ve reached the end of my article, and we’re still only three illusions in. There’s plenty more to cover, but Flip Flappers is a den of secrets well worth exploring for yourself, so I’ll give you all a week’s head start before returning to give my own thoughts on the rest of its worlds. And remember, even if poking at the inspirations for these worlds is fun, stories aren’t really about finding “the answer.” The ultimate truth of Flip Flappers’ internal worlds is that we all have such personal landscapes, and the nature of our own illusion deeply impacts what we find in media. How a new show fits into our personal wilderness, what we find there and what it teaches us about ourselves, is the true magic of storytelling.