Akiba's Trip is set in the "Holy Land" of Otaku 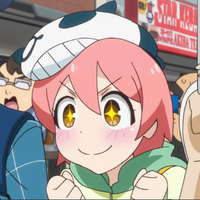 Akihabara, the Electric Town. Perhaps you’ve been there. After all, it is the mecca of the anime world. Japanese otaku even call it their 聖地—“Holy Land.” In Akihabara (or Akiba for short), you can find all sorts of anime-related goods proudly on display, and even young girls in maid outfits walking the streets. It’s the kind of place where you can imagine anything could happen. 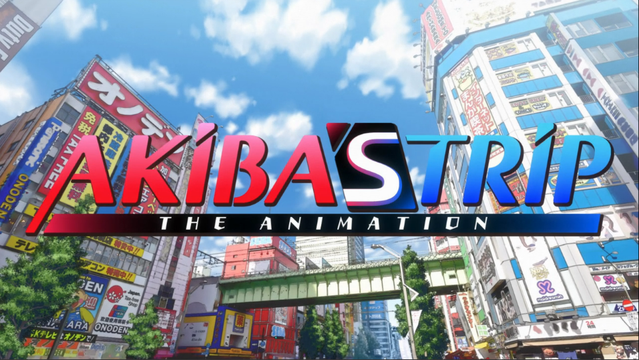 Akiba’s Trip The Animation promises to take its viewers on a trip through a fantasy version of Akiba, where vampires roam the streets and the only way to defeat them is to expose their skin to sunlight by stripping them of clothing. This sort of fantasy reimagining of the town makes complete sense for a fictional story, considering that its real-life counterpart is also larger than life. If there’s one place in the world where you can imagine anime characters coming to life, it would be Akiba.

In today’s “Found in Translation” column, let’s go on a trip through Akiba. Not the real-life physical location—that’s Wilhelm’s specialty, not mine. Instead, let’s go on a brief trip through history and find out how Akiba became the mecca of the anime world.

You could say the story of Akiba is a microcosm of Japan’s economic success story after World War II.  Historically, the area that is now known as Akihabara was burned to the ground during the Great Tokyo Air Raid of 1945. Funnily enough, this wasn’t even the first time the place burned down. In 1869, a fire tore through the area, creating an opportunity for the newly established Meiji government to step in and remodel the place. In fact, Akihabara gets its name from the Shinto shrine the government built to ward against flames, which the locals called “Akiba” (秋葉, literally “autumn leaves”). Right from the very beginning, Akihabara was a town that was built from the ashes.

During the early 1900s, Akiba became a popular place for vendors, especially as Tokyo’s railways and infrastructure were developing. But Akiba didn’t become so famous among consumers until after the war, when resources were scarce and black markets thrived. As you can imagine, what people needed more than anime figurines in those days was useful electronic appliances like refrigerators and washing machines. For years, Akiba was known for precisely this sort of thing.

How did this happen to Akiba in particular? Put it down to convenient timing and location. Akiba is situated between the Chiyoda Ward and Taito Ward, and the train station is right at its very center. Merchants selling electronic parts began to gather in this hub right from the early days of the postwar reconstruction. But what really encouraged them to set up shop in Akiba was an order from the General Headquarters in 1949 to outlaw open-air vendors. In those days, the United States was still occupying Japan, and they were attempting to regulate the markets by forcing vendors to play by their rules. Understandably furious, the merchants responded by lobbying the government. In the end they were given land on Akihabara’s station ground. At first, the merchants set up stalls around the station, and from there they gradually spread outward, until the city became what we now recognize as Akiba today. 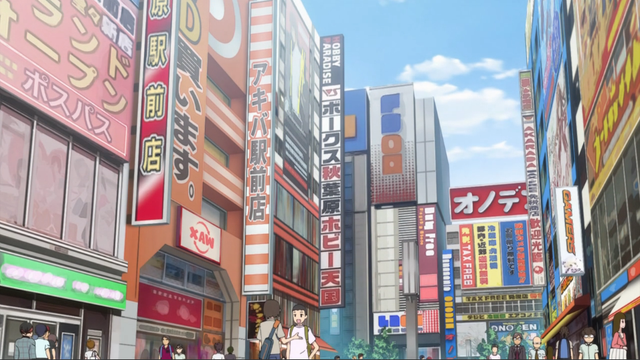 From Radios to Computers to Anime

These days, the town’s reputation for electronics still holds, and outside of anime fan circles, Akiba is well known as a place for buying electronic goods. But the type of goods that Akiba specializes in has changed over the years as the consumer market in Japan has evolved.

In the immediate postwar years, radios were all the rage. Many young tech-inclined people would build their own radios out of military parts and then sell them in black markets. This was pretty cutting-edge geek stuff in those days, and you can see in the radio nerds the prototype of the anime nerds who would one day conquer Akiba. Over the years, Akiba managed to maintain its culture of technological innovation even in the 1970s when household appliances fell into decline. When radios and fridges fell out of vogue, the young Akiba nerds latched onto a different kind of electronic technology: personal computers.

At this point in time, personal computers were a niche product. While stores in Akihabara could not compete with the new electronics stores setting up in Tokyo’s suburbs in terms of price, they could compete by appealing to a niche and by marketing themselves for their “edginess.” The strategy worked, because by 1994, the total revenue of computer sales in Akiba exceeded that of household appliance sales. Things only escalated from there after the internet boom.

By then, there was already some crossover between computer nerds and anime nerds, but it was only when Neon Genesis Evangelion became such a huge cultural phenomenon that the demand for anime character goods raised among the general public. It is really difficult to overstate how important Eva was in the history of Akiba and otaku culture in general. What’s particularly important to note about Eva was that it succeeded as a media mix—not only was there a television series, there were also games, pachinko machines, and all sorts of other weird merchandise. The two main specialties of Akiba—cool gizmos and anime—came together with Eva, and it has been that way ever since. 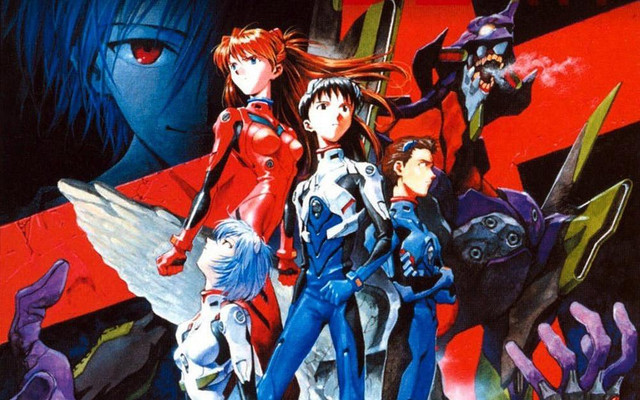 (Note: If you’re interested in the history of otaku in general, I wrote about the subject in previous “Found in Translation” columns: 1, 2, 3.)

Akiba as a “Cutting Edge” City

As you can see, Akiba initially became a city of otaku subculture without any deliberate government planning. This has allowed the “cutting edge” image of Akiba to prevail in the 21st century, whether it was through the innovative electronics or the anime goods being sold there.

Ironically, now that Akiba has become such a popular tourist destination, some Japanese anime fans choose to shun the place altogether. There are stories of tourists going “otaku-hunting” and harassing Japanese men. And if you’ve been there before, you may probably agree with me that the streets are a bit too crowded.

Yet even though Akiba may have become mainstream in a very obvious way, it still remains “cutting edge,” perhaps because it lies on the cusp of so many different worlds. Design-wise, Akiba combines the futuristic look of an electric town with the downtown area of old Tokyo. The stores are multi-leveled, and you’ll find shops dealing in electronic parts, household appliances, computers, and niche anime goods coexisting with a peculiar kind of harmony. Akiba has had a long and diverse history, and it shows.

All the tourism has its upsides too. The streets abound with international and domestic tourists; in fact the number of Akiba “locals” is probably relatively small. Because there are so many different types of people in town every day, Akiba never becomes stale. You’ll never know what you’ll find in a place where so many different cultures intersect. 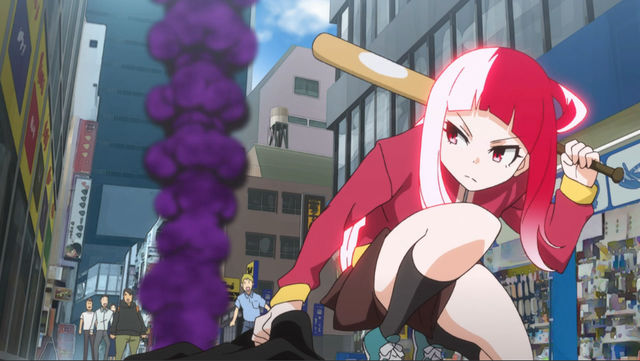 This brings me back to the fantastical setting of Akiba’s Trip, and why it all makes sense considering the history and influences behind Akiba culture. For all the ridiculousness of its premise, Akiba’s Trip taps into that sense of wonderment when it comes to Akiba. You might not find vampires in the real-world Akiba, but the general “mood” of the place is faithfully retained. Akiba really is like a portal to another world.

And so, even if you can’t go to Akiba at the moment, it’s very possible to take a trip through Akiba this season. Take care, and have fun!