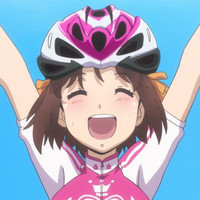 Anime vs. Real Life is back after a week-long break, and it’s time to look at some of the real-world locations of the new winter season anime. First up, Minami Kamakura High School Girls Cycling Club!

As apparent by Minami Kamakura High School Girls Cycling Club’s very long, and descriptive title, the show is set in Kamakura, a coastal town in Kanagawa Prefecture. While Kamakura is a relatively small town today, the city once shaped a whole era in Japan, during what’s known as the Kamakura Period (1192 – 1333). Due to its position as de facto capital during the time, while also being the political center of the region for a long period, numerous temples and shrines have been built in the surrounding area, making it one of Japan’s most popular tourist destinations today. On top of the city’s multitude of attractions and landmarks, Kamakura also has a couple of nice beaches to offer, which are reachable from Tokyo within an hour.

I was fully aware that Minami Kamakura High School Girls Cycling Club would make good use of its real-world setting, as the first promotional poster already featured Gokurakuji Station. However, I was truly surprised by the show’s magnificent backgrounds and beautiful art style, which really brings out the best of Kamakura. In an interview with Crunchyroll, the anime’s director, Kudo Susumu, actually gave some really interesting insights about the show’s background art and the location hunting process. He also stated that the anime is not meant to be a PR video for the city, but the show still makes me want to plan my next trip to Kamakura, even though I’ve already been there three times. In fact, the show made me realize there is still lots to do and see there, so let’s get to the comparison shots!

I’ll directly jump to all the relevant shots from Minami Kamakura High School Girls Cycling Club’s opening theme, which features almost the entirety of Kamakura’s most famous tourist attractions. The first one being perhaps also the city’s most famous one, the Great Buddha of Kamakura. The approximately 13 meters tall bronze statue is the second largest bronze Buddha in the country, only surpassed by Nara’s 15 meters tall Great Buddha statue. Unlike the one in Nara, Kamakura’s Buddha is located outdoors on the Kotokuin Temple grounds. The statue has been standing outside since 1495, after the building housing the statue got destroyed during a tsunami. The Buddha itself was probably cast in 1252. It’s also possible to climb inside the statue, but as you can imagine, it’s really cramped and packed in there.

The second image shows the view from Enoshima’s Sea Candle, a lighthouse observation tower located on the island of Enoshima. The tower was built in 2002 in commemoration of the 100th anniversary of the Enoshima Electric Railway (Enoden).

Enoshima Electric Railway’s Kamakura Station also called Enoden Kamakura Station. Enoden operates a tram-like railway line from Kamakura to Enoshima. The line is well known for its scenic route along the Pacific Ocean, and has been featured in multiple anime, movies, and TV dramas.

The Kamakura Museum of Literature is devoted to authors with connection to Kamakura. The former summer residence of the Maeda family was donated to the city in 1983.

The entrance to Kamakura’s Hasedera Temple - one of the great Buddhists temples in the area. The temple is also famous for its 9.18 meters tall, and eleven-headed wooden statue of Kannon, the goddess of mercy. The Hasedera was among my highlights of Kamakura, as the temple is built along the slope of a hill and therefore offers some beautiful views of the coast of Kamakura.

The Zeniarai Benten Shrine is located in a cave of a hollowed out rock. The image above shows the tunnel, which serves as the main entrance of the shrine. Money washed in the cave’s spring is supposed to multiply, which is why the shrine is one of the city’s most visited attractions.

This specific shot shows an interesting angle of the Tsurugaoka Hachimangu Shrine. In the lower half of the shot is the roof of the maiden dancing stage, and the upper half shows the shrine’s main hall.

The train to the left is heading towards Enoshima along the Enoden line.

In this particular scene, Hiromi somehow manages to forget that you have to pedal in order for the bike to start moving. That’s unfortunately not the only thing she gets wrong, as she would've actually needed to head in the opposite direction if she want to get to her school. This also made finding the tunnel a lot harder than it should’ve been.

Thanks to a minor miracle, Hiromi somehow ends up (unharmed) in front of Gokurakuji Station, which was featured in the show’s first key art. The station is on the Enoden line and is no stranger to anime fans, as it was the setting for some major events in the popular anime, Elfen Lied.

This one is again a bit baffling for me, since Hiromi and Tomoe are again moving in the opposite direction of the school.

Maybe the two of them just wanted to enjoy the picturesque route along the ocean a little longer?

Enoshima island and the Sea Candle observation tower. On clear days even Mt. Fuji is visible.

With only a few minor detours, the two of them, while also picking up their lost teacher (they really should have at least some sense of direction if they want to join a cycling club), finally make it to Minami Kamakura High School, which is modeled after Shichirigahama Senior High School. The school is located just across the beach, and some classrooms should even have a direct view of the Pacific Ocean, Enoshima, and sometimes even Mt. Fuji.

During the teachers emotional speech at the end of the first episode, we get a short cameo of Sapporo’s Clock Tower, and a quick shot of a red traditional shisa statue (a creature from Okinawan mythology).

How did you like the first episodes of Minami Kamakura High School Girl’s Cycling Club, and have you ever been to Kamakura yourself? Comment below!