Check out the real-world locations of Miss Kobayashi’s Dragon Maid! 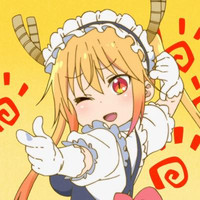 I know, I know, we’re still all gushing about how good that fight scene between Tohru and Kanna looked in the second episode of Miss Kobayashi’s Dragon Maid. However, not only has KyoAni delivered probably the best fight scene of the new season thus far, but they've also given the show some excellent backgrounds. Stellar visuals are almost a given with any KyoAni show nowadays, and after last season’s Sound! Euphonium’s beautiful photorealistic style, Miss Kobayashi’s Dragon Maid has a more painted look to it. Needless to say, the backgrounds look fantastic, and the distinctive style actually makes comparing the show’s locations to its real-world counterparts even more interesting.

This brings me to the show’s setting. After a long night of drinking, Kobayashi wanders off into the woods and invites a wounded dragon to live in her apartment. It happens to the best of us. The next morning, Tohru sets off for her new home (passing over Akihabara, where she gets the idea for her maid outfit) in Koshigaya, Saitama Prefecture. Koshigaya is located just a bit north of Tokyo, with an estimated population of 337,000. Now, let’s get to the comparison shots!

Miss Kobayashi’s Dragon Maid’s Oborozuka Station is based on Koshigaya Station in real life, a railway station on the Tobu Skytree Line, operated by Tobu Railway. The image above shows the station’s west exit. KyoAni always puts a lot of effort into recreating its models as closely as possible, and this show is no exception.

Apart from Koshigaya, the other major location of the show is Kobayashi’s workplace. Her office is located in the center of Tokyo, in the Chuo Ward, relatively near to Higashi-Nihombashi Station. While the rest of the intersection is pretty much spot on, her office building is actually missing. Instead, there’s a restaurant called Chicken Place (chikenpureisu) occupying that spot in real life.

I must admit that I was never a big fan of monster girl shows, but the strong premieres of Miss Kobayashi’s Dragon Maid and Interviews With Monster Girls might just change my mind this season.

While the real sign gives directions for Mukojima and Shinjuku, the anime one includes some nifty dragon puns, as all the directions written on the sign contain a kanji for dragon.

Tohru, Kobayashi, and her co-worker head to this izakaya after work. I wonder if dragons are allowed to consume alcohol.

After Kobayashi falls asleep on the way home, Tohru decides to just fly back to Koshigaya. It would’ve still been a long way back from where they were, so a flying dragon maid actually seems pretty handy in this sort of situation.

These two shots are already back in Koshigaya.

This little izakaya near Koshigaya Station’s west exit is called "sakesuke" in the anime, but just "don" in real life.

The shopping arcade from the second episode is nonexistent in the real world; at least it’s not located where it should be - right outside of Koshigaya Station. With the exception of the building to the left and the missing arcade itself, the building to the right and the shop are similar to the ones in the anime. The two trees and four small barriers in the lower half of the picture are also the same, so it’s certain that this is the spot where the arcade is supposed to be. Unfortunately, I have not read the source material, so I don’t know if that’s due to the manga.

This one is a bit of stretch, but let me explain. Tohru mentions that shopping malls make her uncomfortable, as they remind her of castles. The shot shown in the anime during that scene looks an awful lot like the historic crusader castle of Krak des Chevaliers, in Syria. The castle’s shape, color, and arch bridge could have at least been the influence for the shot in the anime. But it doesn’t stop there – in the close vicinity of the castle is also the Saint George's Monastery. One of the most famous legends of St. George is of him slaying a dragon, and the monastery apparently also contains a couple of paintings of said legend. We know from some of the flashbacks in the anime that Tohru does have a somewhat tragic backstory regarding humans (Kanna even thought that she was dead), and Kobayashi also found her wounded in the mountains while a sword was sticking out of her body (St. George used a lance, though). Anyway, I might just be reading way too much into this, so please take it with a grain of salt as it's all just speculation on my part.

Does Tohru actually cut off her tail before going outside?

She doesn't seem to mind her horns, though.

Tohru explaining Kanna how the human world works might just be my favorite part of the show.

The shot above and below are both in front of the west exit of Koshigaya Station.

This little playground is also located near Koshigaya Station. Unfortunately, I was not able to spot the seesaw Tohru and Kanna used to catapult each other into the sky.

In the second episode we also get to see the east side of Koshigaya Station.

As mentioned before, the station’s name was changed to Oborozuka in the anime.

The Koshigaya Twincity shopping mall outside of Koshigaya Station.

Makes me wonder if there really are dragons all around us, but they just use magic to block perception of them. However, knowing that even Tohru is strong enough to bring about Armageddon, I’m actually fine without them.

Miss Kobayashi’s Dragon Maid or Interviews With Monster Girls, which monster girl show do you like more this season? Also, what did you think of the show’s real-world locations, and which show would you like me to cover next? Sound off in the comments below!