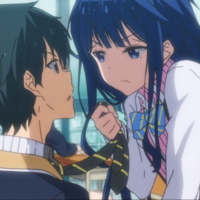 Like The Count of Monte Cristo, Makabe Masamune emerges with hardened body and sharpened mind from his years of isolation to seek vengeance on the one who wronged him. The ill he must right was committed by none other than his childhood love, Adagaki Aki, who rejected his advances and forever wounded his gentle heart with the cruel nickname “Pig’s Foot”. What better method of retribution than to manipulate Aki into falling in love with him only to similarly dash her heart upon the sharp rocks of rejection?

Probably just about anything else.

If that plot summary of Masamune’s Revenge sounds a little dramatic, then understand that Masamune himself is taking his vendetta very seriously, even carrying a planning book detailing his every move and observation as his grand work unfolds. Masamune is a top student, but his obsession with his vendetta may have caused him to overlook the portion of Classic Lit that discussed the tragedy of blood. In seeking revenge on Aki, the only one that can possibly be hurt is Masamune himself. Worse, his methods are almost certain to backfire and end up helping Aki rather than causing any lasting harm. Some of this information has even been delivered directly to Masamune but his tragic flaw, his blind obsession with retribution, won't allow him to see it. 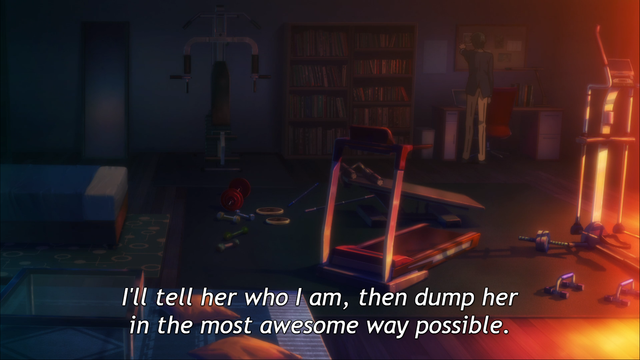 To simply continue on his trajectory of personal success would be the greatest revenge Masamune could achieve but, rather than enjoy the fruits of his labor, he obsesses about his past. After eight years of hard work, Masamune has become too attached to his own grudge to truly appreciate where he has arrived in the present or focus on his future. Arriving to the school as a mysterious transfer student after getting a perfect score on the entrance exams, Masamune has become an instant idol as the school to rival Aki herself. The girls swoon over his hard-earned attractive features to the point that even glaring missteps like sleeping in class, sudden outbursts, and weeping in the middle of a lecture are looked upon as charming eccentricities instead of behavioral oddities. As it stands, Masamune’s revered status within the school’s social hierarchy is nearly invincible and he has good odds of getting any girl by merely showing interest. 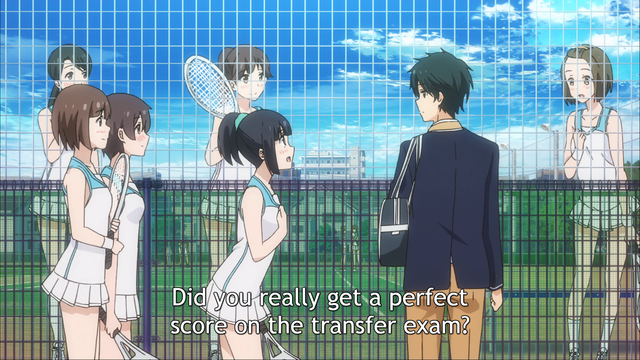 Instead, Masamune is not only putting his success at risk, but actively making sacrifices for the success of his revenge. Should his plan be revealed, not even his good looks and excellent grades can protect him from the social backlash. Should Aki recognize him as the boy who proposed to her so many years ago, his fears of his old self being revealed would become reality. Futaba, the class representative, asks him out and he seems tempted to accept, but instead turns her down as a personal sacrifice necessary to continue with his scheme. He’s trading out a potentially happy relationship for one that he plans to sabotage just to get back at a girl for calling him a name that no longer accurately describes him and that no one else remembers. Masamune has everything to lose should his plan fail and nothing to gain if it actually succeeds, except for the cold comfort of returning a personal slight. 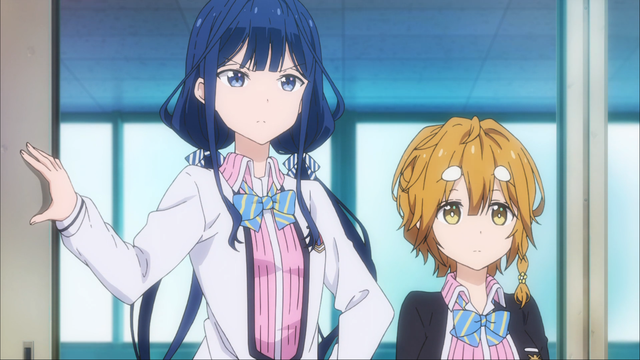 All this to hurt someone who we have every reason to believe is already unhappy. Hand in hand with Aki’s status as one of the school’s idols is her reputation as the Cruel Princess, feared among her fellow students for her unapproachability and viciously turning down any man with the temerity to ask her out. Not once have we seen her smile except when she’s kicking someone else when they are down. Despite her popularity, she eats her lunch alone in the recreational shed, a tragic practice usually reserved for only the most lonely students (like Satania), which clearly highlights the reality of her social life. The only person who she can confide in, Yoshino, is a servant directly indebted to her family, who Aki treats like a slave and uses as an emotional punching bag. The extend of the Yoshino’s abuse has reached the point where she is willing to manipulate Aki into having her heart broken simply to humble her. Aki is so reliant on Yoshino and so out of touch with social norms that she is even able to be tricked into wearing cosplay on her first date. 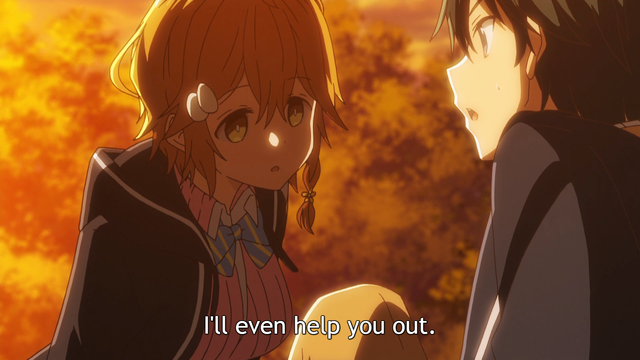 The greatest irony in Masamune’s plan is that, in breaking Aki’s heart, he is more likely to do her a service. According to Yoshino, Masamune would actually be actively helping her grow as a person by committing this cruelty against her. Her reasons for conspiring with Masamune aren’t entirely selfish, but also for the good of her master. As it stands, Aki is miserable despite her notoriety and her every behavior maintains the wall she keeps between herself and everyone else. It’s even implied that her heightened metabolism might be some sort of fairytale curse inflicted because of her cruelty to Masamune, a karmic punishment appropriate for her crime. Already among the most beautiful girls in school and with high marks in her classes, a temporary heartbreak would be a small price to pay if it ultimately allowed her to enjoy and fulfilling social and romantic life. 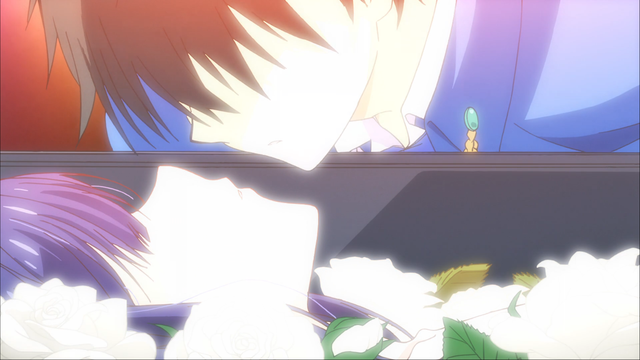 Essentially there are no winning scenarios in Masamune’s scheme as written but, fortunately for him, it’s pretty clear that his plan has a few terminal flaws. Getting close enough to Aki to earn her affection is going to require getting to know her. He was attracted to her once and now the two of them have even more in common when they first met. Masamune may have already realized the problem in his scheme at the end of their first date. If he falls in love all over again, it will mean taking another chance on Aki or hurting them both for the principle. It’s safe to say Masamune’s plan will not turn out as intended, but there is one advantage to him going through all this trouble. No one will be able to top their story at dinner parties about how the two of them got together.