FEATURE: Found in Translation - Why I Love "Yuri!!! on ICE"

Yuri!!! on ICE won big at the Crunchyroll Awards. What makes this anime so special? 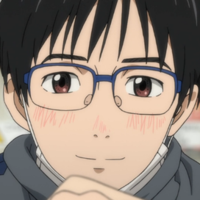 It’s official! Yuri!!! on ICE is Crunchyroll’s Anime of the Year! Given that YOI swept most of the category awards, this result should come as no surprise to anyone, but I’m still stoked to hear the confirmation. In so many ways, YOI is an anime with a sense of international scope and ambition, and so it is entirely fitting that it would win the Crunchyroll awards.

Not only has YOI caused a huge stir among anime fans across the globe, it was definitely one of my personal favorites of the year. There’s no single reason why I love YOI. This show had it all—an inspiring coming-of-age story, some of the hottest characters you’ll ever find in a cartoon, and some amazingly detailed ice skating sequences to boot. Yet despite all these great qualities, what will stick out most to me when I look back on this anime will be all the little details.

Here are just a few of the things that made Yuri!!! on ICE such a labor of love. 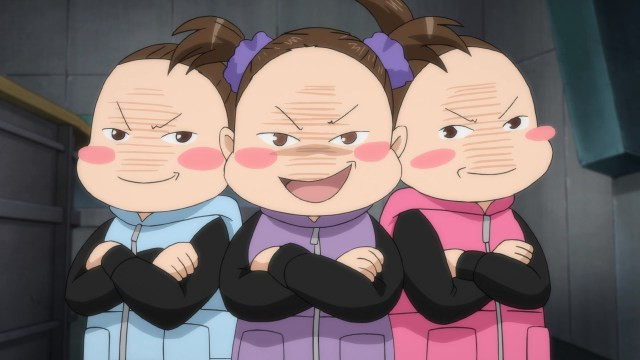 Every one of the skaters could have been the main character of Yuri!!! on ICE. The director Sayo Yamamoto and manga artist Mitsuro Kubo have stated that they went out of their way to create characters that are the stars of their own stories, and it shows. We learn of their motivations; we see how much skating means to them. All the contestants of the Grand Prix Final would have been poised to make history, whether it was Yuri Plisetsky as the youngest winner or Phichit Chulanont as the first Thai winner. As much as I love Victor and Yuuri, I couldn’t help but cheer for everybody to win.

Even the characters off the ice are great, especially the female characters. My favorite characters are the Nishigori triplets, who are huge ice skating geeks despite their tender ages. They even helped bring Victor and Yuuri together in the first place by uploading a video of Yuuri skating on social media. I think that the Nishigori triplets represent the young, tech-savvy audience of international ice skating—in other words, many of the people who watch Yuri!!! on ICE. That’s why I appreciated the little details like them using a Russian streaming website from their home in Japan in order to watch Yuuri compete in Spain. As a Crunchyroll user in Australia watching an anime about a Japanese ice skater, I could relate. 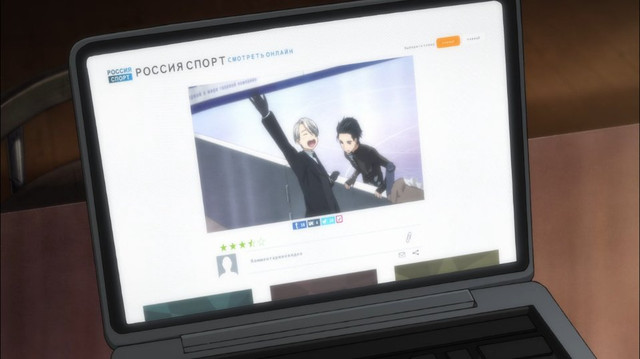 Like most anime these days, the backgrounds in YOI are based off real-world locations. The big difference, however, is that most of YOI’s locations are not set in Japan. In order to bring the world of YOI to life, the anime staff went to various competitions around the world and got as close to the action as they could. There are some things about the locations that you can’t convey through animation without actually going there, like the atmosphere and the level of excitement in the air, so I really appreciated that the staff went the extra mile.

On that note, one of my favorite episodes of the series was episode 10. Besides being a wonderful showcase of Yuri and Victor’s deepening relationship, the episode also included a flash tour of Barcelona’s main tourist sites as you get to see the characters on their day off. You get a glimpse of the markets and some of the famous architectural landmarks. This episode even included Phichit taking a selfie in front of the world famous Sagrada Família!

The Sounds of the Stadium

Speaking of the locations, another thing YOI got right was the sounds of the stadium. Most viewers don’t pay particular attention to it, even seasoned ice skating fans, but one of the reasons why the skating scenes in the anime felt so realistic to watch was because there was so much attention put into the sound effects. According to an interview with the sound effects editor, the team changed the sound effects to match each venue according to the building’s capacity and crowd size. How loudly does the audience cheer? When do they hold their breaths? The creators considered all of these things as they were making the anime.

On top of that, the team created the skating sounds for each sequence separately. There were no stock sounds that could be used for the specific sequences used in the anime, because each part sounds subtly different. Not even footage of professional ice skaters could be used for the anime, because the music in those programs usually muffles out the sounds. All the skating scenes in the anime are specially choreographed by the former professional ice skater Kenji Miyamoto, who also filmed himself performing every sequence. In other words, every skate sequence in YOI is unique to the anime, from the choreography to every subtle sound of the skates touching the ice. The anime staff even got a former professional ice skater turned commentator to perform the commentary of the skating scenes.

Thanks to all of these careful details, watching the anime truly does feel like watching a professional ice skating competition performed at the highest level. 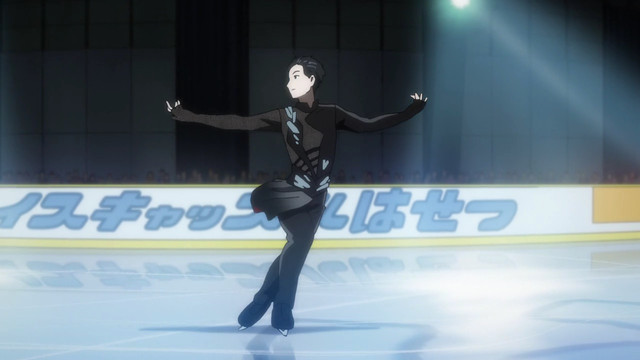 The anime is full of other little touches that I appreciate a lot. From an animation perspective, the skating scenes may have their rough patches, especially in the later episodes, but they can be truly breathtaking to watch. In the early episodes at least, each character was handled by a different key animator, which probably explains why each character’s skating style looks so unique and individualistic. Even when Yuuri tries to copy Victor’s moves, the way he moves is so fundamentally different. They have different builds, and Yuuri seems to place a lot of care into his footwork, even between jumps.

I also loved the music in this series, especially for the ice skating scenes. I appreciated how each character had their own unique theme song that expressed their personalities to a T. Who can forget the “Theme of King J.J.”? 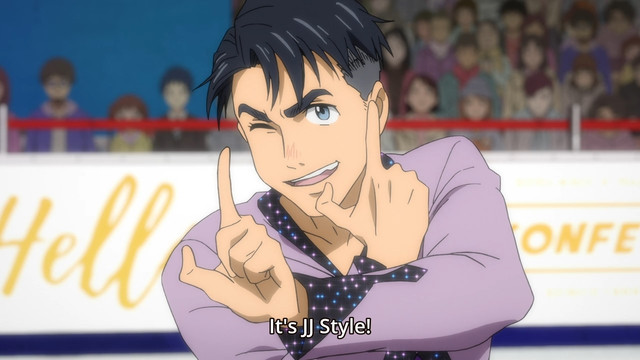 Honestly, I could go on forever about this anime, so I should probably stop here and pass the buck to you. How do you feel about Yuri!!! on ICE? Did you notice any little details in the anime worth sharing? Do you think YOI was the best anime of 2016, or was there another series that captured your heart? Sound off in the comments!