It's time for a crash course on Japanese dialects. 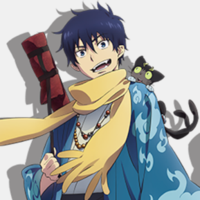 Blue Exorcist is back this winter, and so far it’s been quite a change of pace from the first season. The action has shifted to Kyoto, the former capital of Japan for over a thousand years. In many ways, it’s an ideal setting for the Blue Exorcist story. The characters’ powers are often inspired by Buddhist motifs (Suguro, for instance, recites Buddhist chants in order to cast barriers). Given that Kyoto is famous for its historical Buddhist temples and imperial palaces, it makes complete sense for the setting to shift to Kyoto as the story delves into the characters’ backstories and the events of the past.

There’s a lot to talk about when it comes to Kyoto and how the city is typically portrayed in anime, but today I want to introduce you to one particular technique used in Blue Exorcist to help set the scene in Kyoto—the characters from Kyoto all speak with a dialect. This might be difficult to fully appreciate in translation because the differences in the characters’ speaking styles are not marked in the subtitles. Dialects are notoriously difficult for translators to handle in general, so how are English speakers meant to understand the Kyoto dialect used in the Blue Exorcist anime? 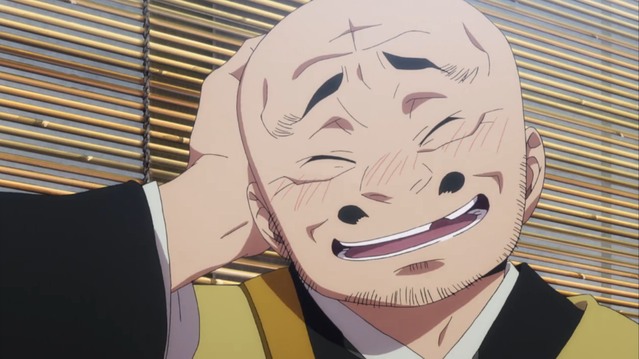 First, let’s take a step back and talk about what the Kyoto dialect is and how it’s used in anime. Most of the Japanese you’ll hear in anime (and, well, Japanese TV and mass media in general) is spoken with the standard dialect—otherwise known as the Tokyo dialect. Yet Japanese, like all languages, has its variations, and each locale has its own particular dialect.

If you ever hear an anime character speak with a non-standard dialect, it’s usually because they come from the Kansai region, which is the southern part of Japan’s main island. The “Kansai dialect” actually refers to a group of dialects spoken in the Kansai area, each with their own idiosyncrasies, but within Tokyo-centric media, the Kansai region is often stereotyped the same way. Everyone from Kansai apparently speaks with the same grammar and inflections, no matter which part of the region they come from, and they often serve as comic relief characters. It’s important to remember that the non-standard dialects you hear in anime aren’t entirely reflective of how people actually speak in those regions, and this applies to the Kyoto dialect in Blue Exorcist as well.

Kyoto is located in the Kansai region, and thus shares a few of the distinctive features associated with the Kansai dialects. The word ii (meaning “good”) is pronounced as ee, and the negative sentence ending -nai is turned into -hen. The vowels also have more intonation, so it’s quite possible for even non-Japanese speakers to notice the differences between the Tokyo and Kansai dialects. The Kyoto dialect also has more unique grammar and vocabulary that you don’t hear at all in the anime, probably because it would make the dialogue harder to understand for viewers outside Kyoto. (Here’s a list of words used in the Kyoto dialect compared to their Tokyo dialect counterparts—it’s pretty exhaustive.)

In other words, the Kyoto dialect you hear in Blue Exorcist is a pretty watered down version of the actual dialect, but it works as a storytelling device. You can tell, at the very least, that Rin speaks differently from the Kyoto residents, marking him as an outsider. Take this scene from episode 2, for instance: 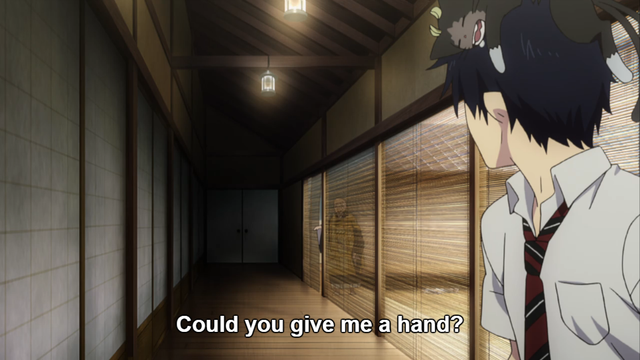 The priest says, “Chotto tetsudatte kurehen ka?” If he were speaking Tokyo dialect, he would have been saying “kurenai ka” instead. But the meaning is exactly the same.

The scene then cuts to a watermelon, where Rin exclaims, “Suika da!” 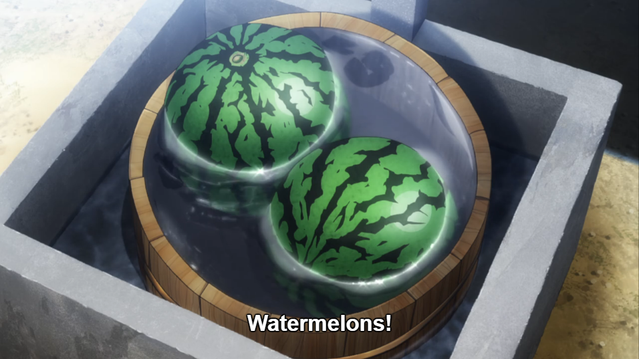 This is a simple utterance, but the da on the end of the sentence marks Rin as a Tokyoite. (Suika just means watermelon.) Da is the copula, often used to mean “to be”—i.e. “suika da” would mean “It is a watermelon.” This part of Japanese grammar has a lot of variation across different regions, however. In the priest’s next utterance, he uses the Kyoto version of da, although you wouldn’t be able to tell this just from looking at the subtitles: 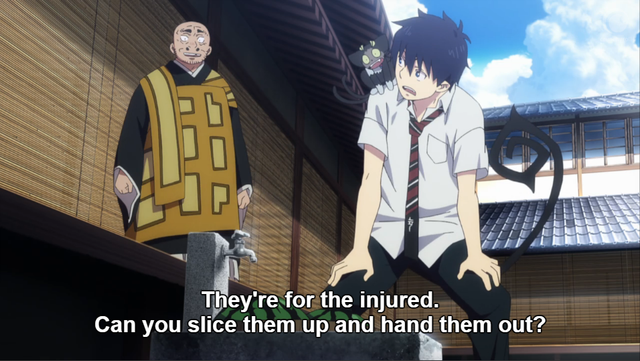 These are all simple ways of indicating a different dialect without changing the grammar much, or by using obscure words. Nevertheless, the sounds are noticeable enough that you’d be able to hear them easily, especially if you pay attention to the sentence endings. As you may have noticed, however, the translations here don’t mark the dialect differences at all, so you’d have to use your ears to notice them instead of reading the subtitles.

The English dub (which you can also watch on Crunchyroll, by the way) also erases the dialect differences, for better or worse. Suguro, Shima, and Konekomaru all speak with a Kyoto dialect, but their English voice actors don’t speak noticeably differently from the rest of the cast. You only know that they’re from Kyoto because they say so in the narrative. 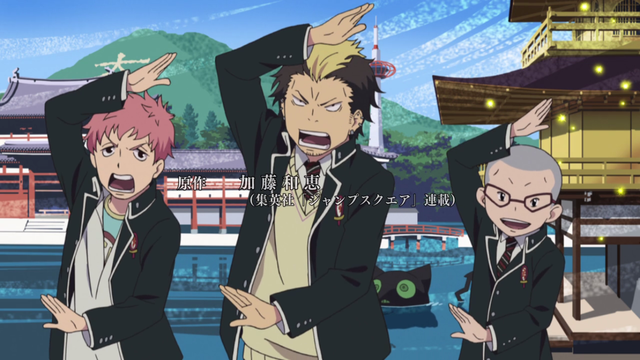 (By the way, you can totally tell they’re from Kyoto because the famous Kinkaku-ji is behind them when they’re introduced in the first season’s OP, among other famous Kyoto landmarks.)

It might sound unfortunate that the English translation of Blue Exorcist does not use an equivalent for the Kyoto dialect, but localizing a dialect brings up a whole other range of translation issues. In other anime dubs, most notably the Azumanga Daioh dub, a character from Kansai is sometimes played by someone using a Texas accent. But does a Texas accent really have the same connotations to an American speaker as a Kansai accent would to a Japanese speaker? And what about non-American speakers watching the English dub? How would they perceive a Texan accent? What sort of image would they have of the American South? The harder a translator looks for a neat, one-size-fits-all equivalent for a regional dialect, the more elusive it becomes.

It’s harder still to mark an accent in written form. It is perhaps possible to indicate that the Kyoto characters speak differently from the Tokyo characters by making them say “ya” instead of “you” or something along those lines, but not only would this kind of strategy be at risk of failing to evoke a particular geographical region to an English speaker, it would make the subtitles more difficult to read in any case. Failing to mark a dialect in the subtitles themselves can certainly be a problem for deaf or hearing impaired viewers, but given that the number one priority of subtitle translations is for the viewer to be able to read them quickly, the tradeoff may not be worth it. These are all considerations that translators keep in mind.

In the end, there’s no easy way to handle dialects in translation. Choosing not to translate them at all, as was done with Blue Exorcist, could be interpreted as taking the easy way out, but I think it was a very reasonable decision here. The lack of localization means that viewers can listen to the sound of the dialogue and form their own impressions of the differences in Japanese speaking styles, while using the subtitles to understand the core meaning of what was said. It doesn’t alienate the viewer, and it doesn’t over-interpret the content for them either.

Nevertheless, the question of how to translate dialects across different languages will always be a matter of considerable debate for as long as dialects continue to exist. How do you think dialects should be translated?