FEATURE: Novel vs Anime - Why the "Sword Art Online" TV Anime is an Excellent Adaptation

How does the Sword Art Online novel compare to the anime? 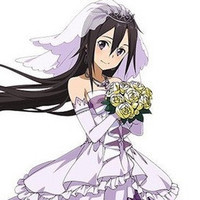 The Sword Art Online: Ordinal Scale movie is getting its worldwide release in a matter of days, so I figure it’s time to revisit the Sword Art Online story so far. For those of you who haven’t been keeping up with the franchise, the movie tells an original story set after TV anime series. Characters from both seasons appear in the movie, and apparently the girls have key roles to play, so it might be a good idea to get up to scratch with the anime before watching Sword Art Online on the big screen.

This week, I decided to revisit one of SAO’s most popular arcs—the Phantom Bullet storyline, which is told in the first 14 episodes of the Sword Art Online II anime. While it’s not crucial to the overall plot of SAO and is more akin to an elaborate “side quest” than anything else, it does introduce one of the fan favorite characters in the series: Sinon the Sniper. A strong yet emotionally complex character, Sinon’s struggle to reconcile her physical and virtual identities is one of the most compelling aspects of Phantom Bullet. 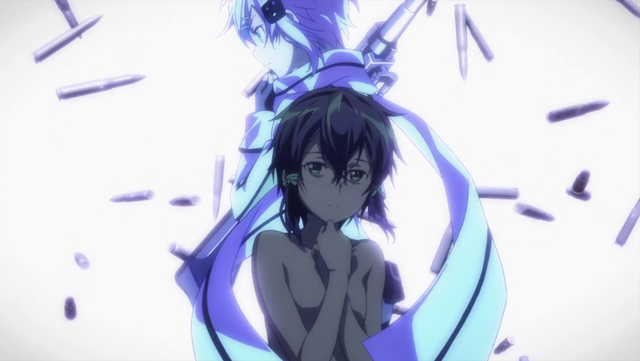 I know. It’s blasphemy to suggest that the anime is better than the novels. It’s true that the novels contain more insight into the characters’ heads and details about the MMORPG mechanics than the anime does. These explanations make some of the narrative developments easier for a novel reader to swallow, since they don’t come out of nowhere. An example of this is Kirito’s ability to anticipate the bullet prediction lights before they even appear, aiding his hyper reflexes. The novel explains that the people who played Sword Art Online develop an ability to anticipate their opponents’ movements through subtle visual and aural clues. The novel even comes up with a partial explanation for Kirito’s ability to sense “killing intent” from an enemy lying in wait, even if it’s still chalked up to mystique and intuition at the end of the day.

People who are concerned about plot holes and continuity may indeed find the novels more satisfying, but at the same time it’s all too easy to underestimate the visceral impact of the anime’s visuals. I’m not just talking about the animation here, which ranges from typical TV anime fare to truly breathtaking. A great deal of the backgrounds and imagery in SAO are memorable and iconic. Even if you don’t like the series, it’s hard to forget the majesty of the Aincrad castle, for instance, which is all the more memorable for its distinctive conical shape. 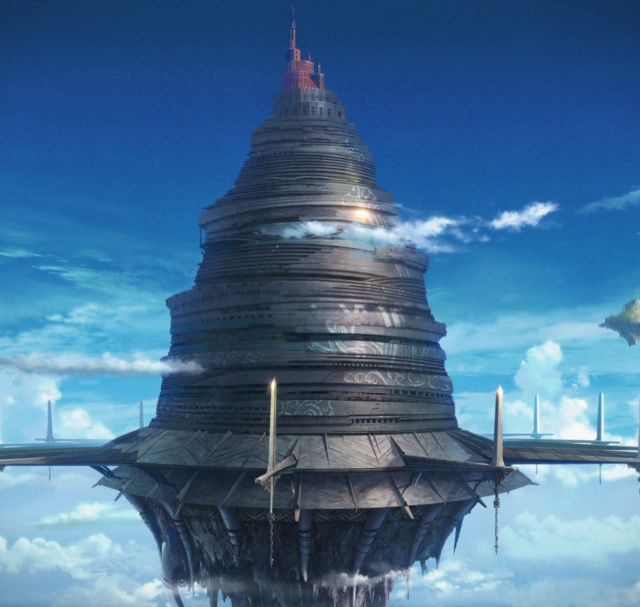 Even Kirito’s dual swords, which are supposed to be a spoiler since they’re revealed dramatically in the narrative, are an open secret to anyone who has ever laid eyes on a Kirito cosplayer. Kirito might wear all-black outfits and specialize in the highly impractical art of dual-wielding longswords, but somehow the anime avoids making him seem like a parody of a teenage edgelord (à la Love, Chunibyo & Other Delusions). He genuinely does look impressive the first time he whips out his dual swords in a battle because the anime does such a fine job depicting his raw desperation in that moment.

The Phantom Bullet arc might leave the world of swords and sorcery behind in favor of post-apocalyptic wastelands and futuristic cities, but the designs are no less striking. Say what you will about the practicality of Kirito wielding a sword in a gun game—it certainly makes him stand out. And if the ridiculousness of Kirito’s lightsaber (they call it a “photon sword” in the game but a lightsaber is exactly what it is) doesn’t strike you, then his hyper-feminine appearance certainly will. The anime goes out of its way to accentuate Kirito’s genderbending nature, with Yoshitsugu Matsuoka using his most high-pitched register whenever he tries to act like a girl. There’s even an added scene in episode 8 where Kirito asks the men in the Gun Gale Online game to cheer for him in the girliest way possible. 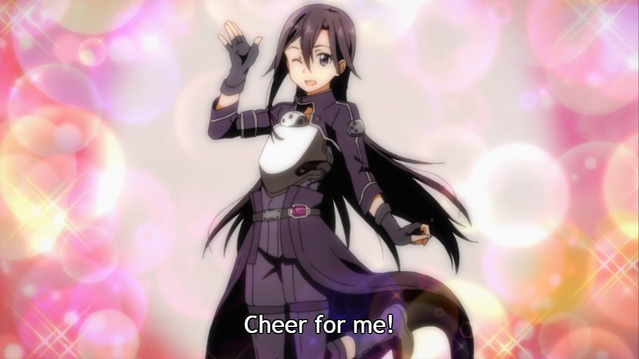 But Kirito’s appearance in GGO isn’t just a gag. It’s there to show us that even when Kirito’s body changes, his personality sure doesn’t. When he tries to sheathe his light sword the same way he does in SAO and ALO, he tries to correct himself, but later on he does it without even realizing it. Kirito’s signature moves remain consistent no matter what, and that reinforces the Kirito Brand. It also points to the idea that a person’s core personality doesn’t change in the virtual world, which is a consistent theme in the SAO narrative. 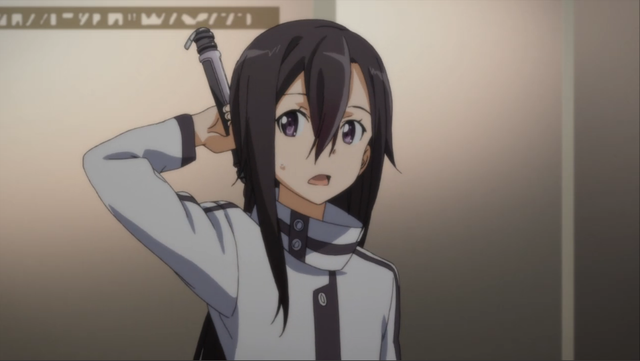 In the light novels, on the other hand, the similarities and differences between Kirito’s GGO avatar and his other personas are much less pronounced. After the initial scene in volume 5 where Kirito realizes that he looks like a girl, his appearance is rarely an active plot point. It helps him get closer to Sinon at first, but for the rest of the novel, you’re only reminded that he looks like a girl because the descriptions keep pointing out that he’s “beautiful.” The point that Kirito is still the same person despite appearances comes across well in the light novel, but it’s easier to appreciate in a visual medium.

The other additions in the anime are just as effective at reinforcing the light novel’s themes. In episode 1, Kirito mentions that he wants to become a “creator,” and so he’s been looking things up on the internet. On a meta-narrative level, this conversation foreshadows Kirito’s potential involvement in the Accel World narrative. Although fans have long speculated that Sword Art Online and Accel World take place in the same world, it hasn’t been officially confirmed, although the author of the two series has talked about linking the two series together at some point.

All of the Accel World talk aside, however, Kirito’s desire to become a “creator” also points to his unconscious connection to Akihito Kayaba, the developer of Sword Art Online. And when he’s asked to investigate the real-life murders of GGO players, he reflects that “It’s like someone is telling me not to forget.” Kirito’s connection to Kayaba and his experiences in Sword Art Online will always remain a part of him. 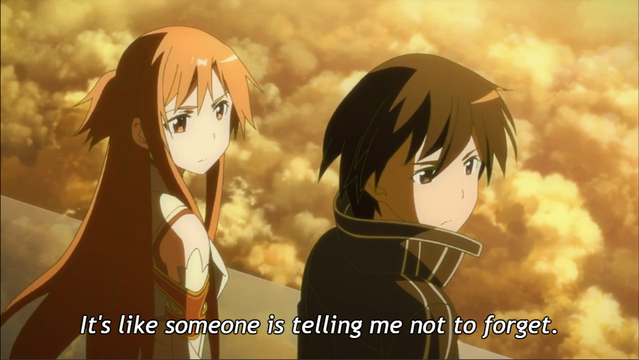 When the anime eventually reveals the truth behind the murders, it’s played up in melodramatic, ostentatious fashion. Kirito’s connection to the case is personal, and at times he is visibly affected by his painful memories of Sword Art Online. One might think that in a virtual world without permanent death, the stakes wouldn’t be so high, but if the players themselves are invested in the idea of making permanent death a reality, then the distinctions between the virtual and physical worlds can be overcome.

Nowhere is this idea more evident than with the villain of the piece, Death Gun. The anime consistently frames him like a monster in a horror movie, making him suddenly appear onscreen at the worst possible moments. The way his presence violates the screen and forces the viewer to reorient themselves matches his role as someone who threatens our comfortable perceptions of physical vs virtual reality. Visual framing goes a long way toward making a character seem menacing, and in the light novel he comes across as more of a background character until the thrilling finale. 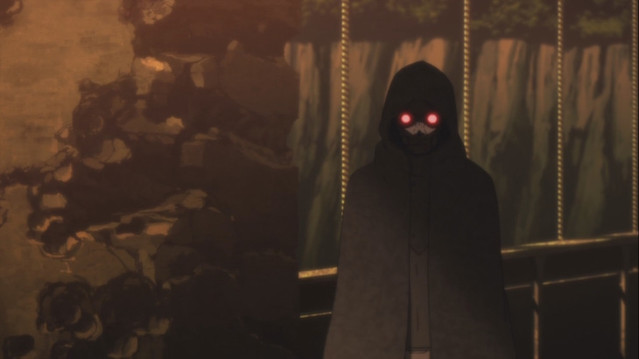 In short, the visuals go a long way toward developing SAO’s themes, and all the additions make perfect sense within the context of the narrative. If there’s anything flawed with the anime as an adaptation of the light novel, it’s that it’s too faithful to the light novel at times. That scene in the cave where Kirito and Sinon spout exposition at each other drags on for way too long in both the anime and light novel, and the anime’s 14-episode runtime only made the pacing problems in the narrative more obvious.

On the other hand, this is another reason why I’m looking forward to watching the Ordinal Scale movie, given that it’s an original screenplay which the SAO author and anime director worked on together. For the first time, the SAO story will be tailored to the visual experience from bottom up. If nothing else, I expect that it will look amazing, and that it will be completely faithful to the themes and spirit of SAO. The TV adaptation was a stellar adaptation; I’m eager to see what else this team can do.