FEATURE: Found in Translation - Why "Kemono Friends" is Great Sci-fi

A Japanese sci-fi author explains the appeal of Kemono Friends. 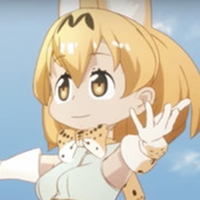 What is Kemono Friends? Why are science fiction fans and writers getting so excited about it? The memes from this late night anime have spread across the internet with unnatural speed, continuously giving birth to new Friends. Hayakawa SF Contest-winning author Gen Gen Kusano explains the appeal of Kemono Friends. 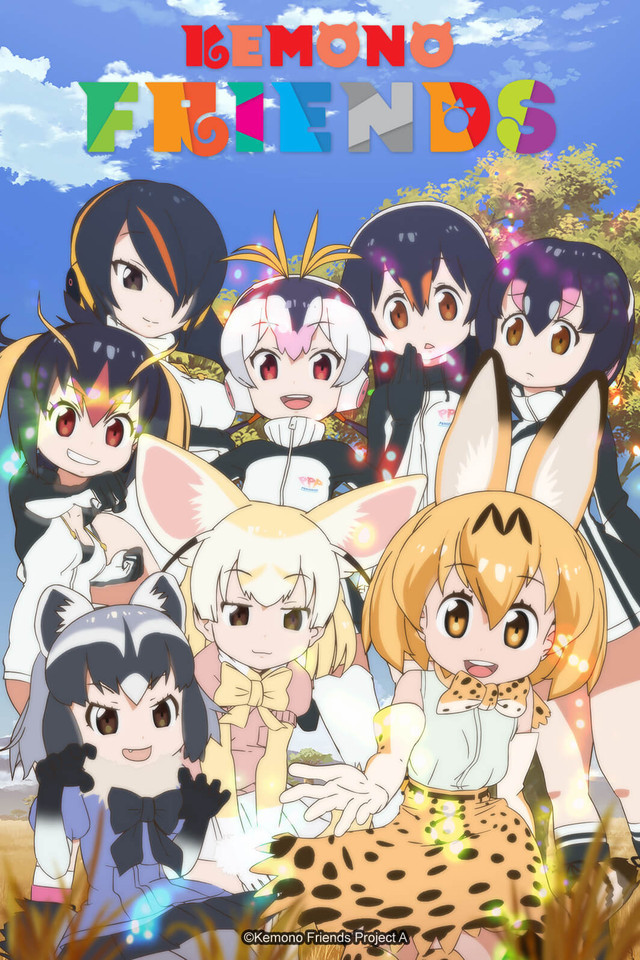 Kemono Friends. As the name would suggest, it’s an anime where wild animals (kemono) appear. In recent times (the last 1-2 weeks), this anime has been taking Twitter by storm. There’s something unique about the way it has attracted attention. In most cases, an anime attracts its peak amount of attention at episode 1. After that, it receives a spike of attention whenever a new episode comes out every week. However, Kemono Friends appears to have broken that rule. One wouldn’t describe it as a terribly high-profile anime after the first episode aired. But at the episode 4 mark, the number of references to it exploded. At the moment, you can’t look at Twitter without being bombarded with Friends-related tweets.

We learn from the past. If something scary happens, we look back on the past to explain it. The closest thing to a phenomenon like Kemono Friends was Puella Magi Madoka Magica. After episode 3 of Madoka aired, the number of references to it soared. It wasn’t just a one-time thing either; it continued all the way to the final episode. Madoka is a popular anime—extremely so. If Kemono Friends were to follow Madoka's example, it would become an extremely popular anime that spawns a movie.

When an anime possesses enough force to pierce the ceiling, it will start to attract attention from various circles. Because of its sci-fi elements, even Hayakawa Publishing has started paying attention to it. And that’s how I was asked to write this article. I just happened to tweet my thoughts on the anime since episode 1. I ought to write down more of my anime impressions on Twitter.

■Sci-fi at its Core

What caused Kemono Friends to take off like it did? It's because it’s easy to get on the bandwagon, and it also stands up to deeper scrutiny. “Bandwagon?” you say. “What’s that? Tell me, tell me! I wanna ride it!” All you have to do is write about it on Twitter! “Sugooooi!” “Tanoshiiiii!” That makes you a Friend too! Once you’ve mastered that, you can write, “You’re a Friend who’s good at [insert thing]! Sugooooi!” Everyone can praise each other! After that, you can start talking like a Friend. “What’s a friend~? I’m talking like one right now~ Uwaaa! Sugooooi! Tanoshiiiii!”

Of course, Kemono Friends isn’t just about play. It’s a well thought out sci-fi at its core. The main reason it’s so fun to speculate about is because it links science with the nature of existence. In other words, as you learn about the characters, you learn more about the world. Think back on series like Puella Magi Madoka Magica and Neon Genesis Evangelion, which also inspired viewers to look deeper. Exploring the characters becomes a way of exploring the world.

In the case of Kemono Friends, it’s even more striking. The protagonist Kaban has no memories whatsoever. Even the character’s age and sex are unknown. (Because s/he don’t even remember his/her name, s/he were named after the bag they s/he carrying.) Kaban sets off on a journey to discover his/her identity. It is also a journey to uncover just how the world in the anime came to be. The question “What am I?” becomes “What is this world?” Inner space is connected to outer space just like a Klein bottle! Throughout the history of sci-fi, the conflict between authors who explore outer space (the “science” side) and the ones who explore inner space (the “fiction” side) has surfaced about time and time again, but you can see that Kemono Friends is a brilliantly constructed work of sci-fi that juggles both elements with finesse.

■Kemono Friends asks: “What are we?”

But Kemono Friends goes one step further. The characters are anthropomorphized animals, and the Friends embody the signature traits of each animal. On the other hand, Kaban displays nothing but human traits. S/he sweats and gets tired when s/he walks long distances. S/he can combine tools, consider other viewpoints, understand drawings, and divide labor… The anime is still airing, so I can’t say anything for certain, but Kaban’s traits are distinctly human. At this point, the question “What am I?” transforms into “What are we?” The protagonist’s journey of self-discovery becomes humanity’s journey of self-discovery. The audience in front of the television sees themselves in the character of Kaban. When Kaban and his/her friends go on their search, it invites you the viewer to search for your identity as well. Kemono Friends is such a deep anime to explore because it expresses our inner desire to go on a grand quest.

Plenty of sci-fi genres have commented on the nature of human existence by tying it to the mechanisms of a fictional world. Time travel explores the essence of individual will within the flow of time. First contact searches for a place for humanity within the universe. Cyberpunk considers the nature of technological developments and how to be human. Feminist sci-fi raises the question of how individuals relate to a gender-based society. Alternate history compares our current selves with what we might have been. Kemono Friends explores the nature of our existence by comparing humans to animals.

Kemono Friends is the first orthodox sci-fi anime to become a hit to the same degree Puella Magi Madoka Magica did. When Madoka became popular, the sci-fi world missed the wave. Because of that, there have been many spinoffs that highlight the characters, but very few that explore the anime’s world with a different narrative than the original. Now is the sci-fi world’s chance to exhibit the world-building powers they’re so renowned for. Hayakawa Publishing ought to churn out spinoffs for Kemono Friends. I wanna ride the bandwagon too! 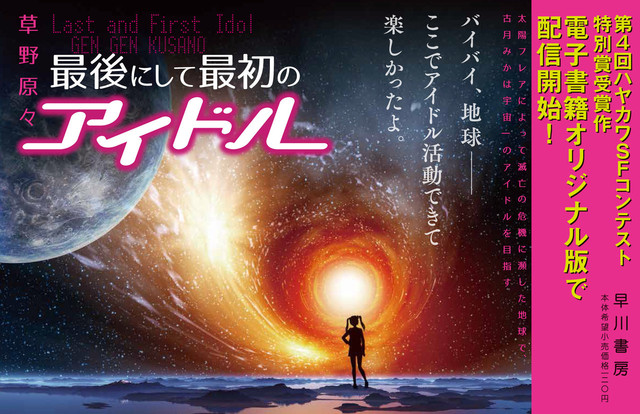 Born in 1990. In 2016, received a special mention in the fourth Hayakawa SF Contest with Last and First Idol, and debuted as an author the same year.

This article was first published in Japanese on cakes.mu on 17 February 2017. It has been translated by Kim Morrissy, a freelance writer and translator. He writes about anime, light novels, and Japanese culture on his personal blog. You can also follow him on Twitter at @frog_kun.