How does Boruto shape up as a sequel to Naruto? 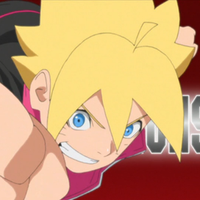 Change is in the air with the Boruto anime. In the very first scene, we’re told in a voiceover that “the age of the shinobi is over” as Naruto’s son Boruto faces off against a mysterious opponent in the ruins of Konoha. The Hokage’s Great Stone Faces have been blown away, and it’s implied that even Naruto could be dead. Despite these dire circumstances, Boruto insists that he’s still a shinobi and charges into battle, but we’re left to wonder how such a drastic change could have happened to the village in the span of a few short years.

The rest of the episode is a much more low-key affair, although the theme of intergenerational change remains prominent as we follow Boruto’s perspective of his rapidly modernizing town. Even though many of the Naruto characters we know and love appear in this anime—including Naruto himself—this is very much Boruto’s story and he wants the audience to know it. Right from the very first episode, Boruto declares that he’ll be different from his father, and he even runs a train off the rails to prove it. I expect the anime to stay true to this theme as we enter the ninja academy and meet more of the Boruto kids. 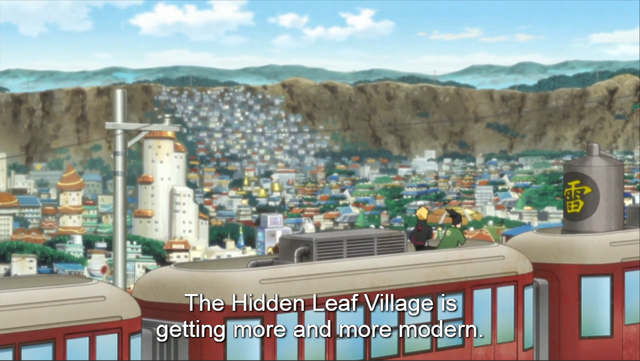 As much as Boruto sets out to be different from Naruto, it’s really aimed at people who loved the original and can appreciate seeing how much the characters have grown and matured. Given that the Naruto manga is almost twenty years old now, it could well be the case that some of the original Naruto fans are watching Boruto with their children. In that sense, Boruto is a coming of age story, not just for its characters but for all of us who have ever been fans of Naruto.

This doesn’t just apply to Japanese fans. As someone who never got to see the original Naruto when it first aired, it felt particularly special to watch the start of Boruto’s adventure unfold on Crunchyroll. I first got into the series through the English dub when it aired on Toasted TV in Australia, so I’m old enough to remember when Naruto Shippuden began airing ten years ago. That may be five years after the original series began airing in Japan, but the series has been running for so long that even I can say truthfully that I’ve grown up with Naruto. 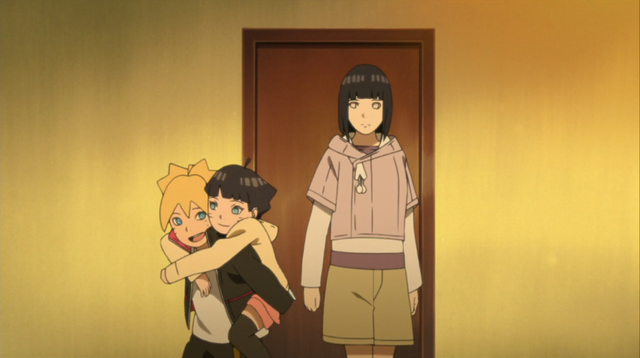 I want to stress how unusual Naruto’s case is as a long-running TV anime series with a huge international following. Some of the most popular and widely watched TV anime franchises in Japan have achieved comparatively scant attention in the West, including Doraemon, Pretty Cure, Sazae-san, and Chibi Maruko-chan. It’s notable that none of these series are streamed online in English. We may still be able to watch these series in translation and appreciate their cultural importance in Japan, but we won’t feel the same kind of attachment as someone who saw it every week from their childhood.

All of this is to say that a translation by itself isn’t enough to convey the full weight of a story’s themes. In Boruto’s case, for instance, I think we needed those long years of Naruto fandom to appreciate why Boruto is so fundamentally different from his father despite their superficial similarities. When Naruto was first starting his quest to become Hokage, we discovered how harsh his world could be alongside him. But Boruto’s case is different. Even though we view the story through his point of view, we can’t help but view his innocence and naiveté through the perspective of an adult who has lived through a war.

Having said all of that, I don’t believe it’s necessary to watch all of Naruto to appreciate Boruto’s themes. Even if you haven’t sat down and watched the series in full, you’ve probably been exposed to Naruto in some way as an anime fan. It’s not a spoiler that Naruto becomes the Hokage; it’s part of the basic setup of Boruto. Heck, I haven’t kept up with the Naruto series for years, but its characters are iconic enough that I recognize all the familiar faces in Boruto. The knowledge of Naruto’s longevity is all you need to appreciate what Boruto is trying to do with the franchise. 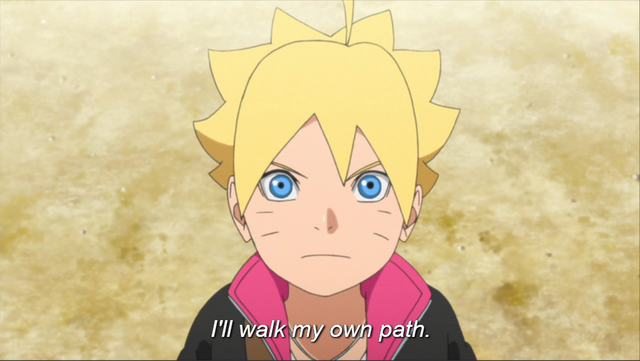 Technically, this isn’t the first time we’ve seen Boruto’s adventures in anime form. There was a Boruto movie in 2015, featuring much of the same staff as the TV series. But that movie came out when the Naruto TV anime was still airing and the Boruto manga was only just getting started. At the time, it felt like an addendum to the long-running Naruto saga instead of an epic narrative in its own right. Even now, it’s hard to shift gears into the world of Boruto, especially considering that the last episode of Naruto Shippuden aired only a week ago. But the Naruto saga was getting a bit too long and bloated, and that’s probably why Boruto wants to carve out his own path and escape his father’s shadow.

Will he succeed in that goal? Masashi Kishimoto has promised that Boruto will be even better than Naruto, but we can only find out in time whether that’s true. For the moment, however, I can confidently state that Boruto is off to a great start. The animation is so much livelier than the original series, and there’s a lot more subtlety and maturity in the writing as well. Boruto (the character) might be a brat, but he’s never as obnoxious as Naruto was in his younger days. And while Boruto’s daddy issues might be more mundane for now than the problems Naruto faced, the opening moments of the anime foreshadow conflicts of an epic scale. It’s already clear that Boruto has some hefty ambitions in its own right. 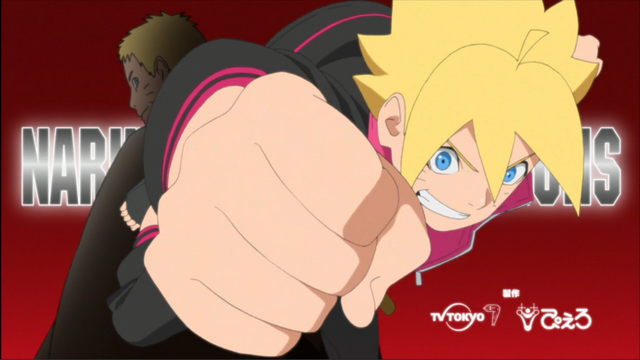 Whether you’ve been with Naruto since the beginning or are only getting into the franchise now through Boruto, one thing is certain. Boruto is no half-baked sequel to Naruto. It builds on the themes of the original while streamlining its narrative for a new generation. Now that Boruto is on our TV screens, presumably for the long haul, it’s time to acknowledge that the Naruto generation has ended and the Boruto generation has begun. I’m excited to see what this new series can do.