FEATURE: Head Space - "The Eccentric Family" A Bond of Blood

The Shimogamo family be weird, but they are weird together 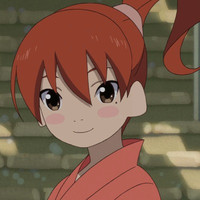 Attack on Titan isn’t the only anime this season returning for a second season after a four year hiatus. The Eccentric Family is back and ready to charm, entertain, and wow us with its beautifully animated portrayal of Kyoto courtesy of its director Masayuki Yoshihara. It’s been awhile since the original, so now seems the best time to cover some old ground by going over one of the central themes of the past season which will hopefully see even more screentime in the present. 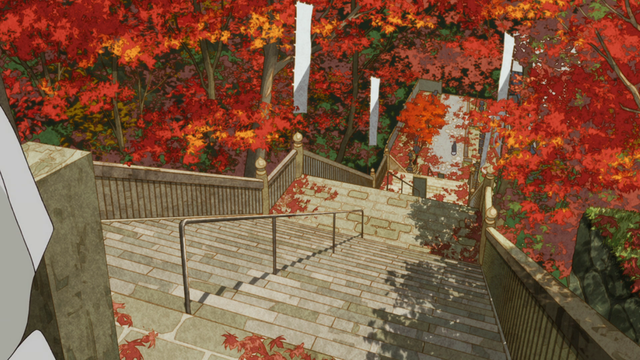 The Eccentric Family is an oddball anime, portraying the interactions between humans, tanuki, and tengu in one of Japan’s largest cities. It requires buying into the internal logic of the supernatural creatures and their politics to appreciate the inhuman perspectives of the titular Shimogamo Family of tanuki. Despite all the supernatural chicanery, The Eccentric Family sits on a sturdy foundation of communicating the necessity of close personal bonds. Although still reeling from the death of the family patriarch Shoichiro and embattled with their personal struggles, the Shimogamo family are uniquely blessed by their shared blood. Although their eccentricities vary widely from one another, each recognizes that their siblings strangeness is an aspect they inherited from their beloved father. 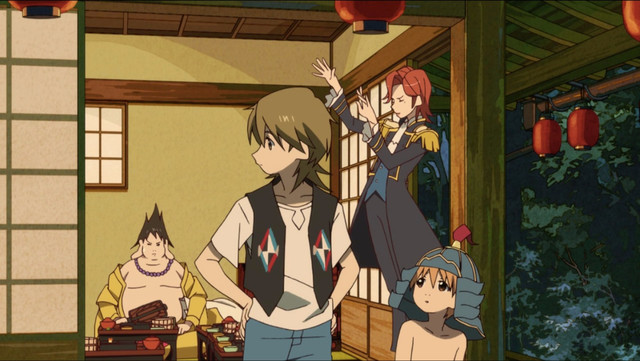 The Ebisugawa clan acts as a counterexample, headed by a Soun who cut ties with his older brother Soichiro. Soun’s obsession with revenge against his older brother and willingness to act against his own extended family not only positioned him as the primary antagonist of the previous season, but a creature so perverted by hatred that he had become something anathema to the tanuki. Until his betrayal of Soichiro was revealed, the possibility any tanuki would commit such an act had been literally unthinkable. Raised by a father who lusts after revenge, Kaisei has become a recluse ashamed of her own family and the twins Ginkaku and Kinkaku have grown into cruel schemers with terrible fashion sense. 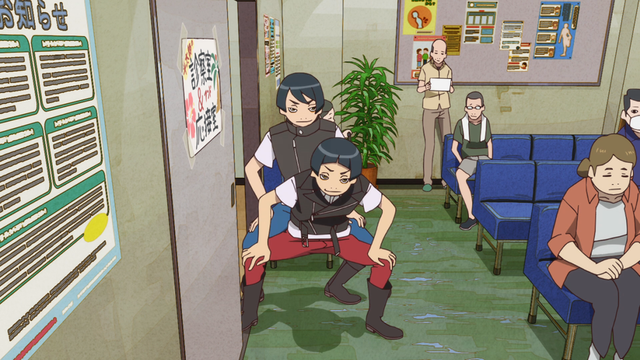 Where the Ebisugawa’s hoard their immense wealth, the Shimogamo share their meager resources freely, going out of their way to look after anyone they consider a member of their extended family. In addition to supporting each other, the members of the Shimogamo family have taken it upon themselves to provide company to some of Kyoto’s lonely denizens. Tousen sends her sons to visit Professor Akadama who, having lost the ability to fly and abandoned by his kidnapped protege Benten, lives an isolated existence apart from even his fellow tengu. A friend of their late father, Akadama begrudgingly cares for his transplant family where he otherwise might have no one at all. 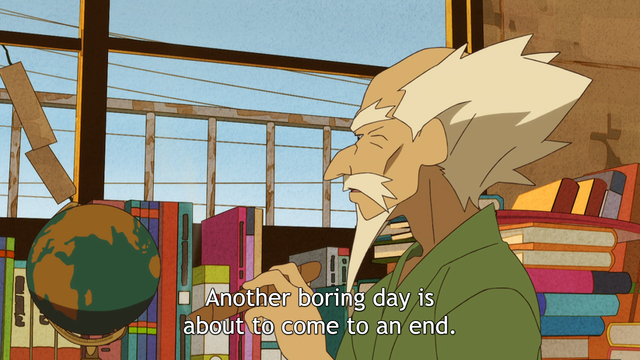 Nothing can replace these fundamental connections. Where the Ebisugawa’s have immense wealth, Suzuki Satomi has grown into power sufficient to be referred to after the Shinto goddess of fortune, Benten. Her reputation is one of unrivaled invincibility, provided gifts from tengu and tanuki alike as appeasement. She resides at the top of the social hierarchy among all three races. For all this, she may be the most tragic character in the series. 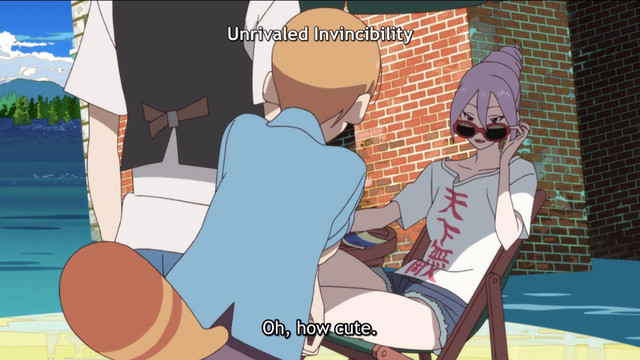 Existing above everyone else also means being separated from them. Kidnapped as a high schooler, she was removed from her family and deprived of forming connections during what is considered to be the most socially formative period of Japanese life. As much as she is respected for her power, Benten is also feared among the tanuki and tengu. Left alone at the top, she has grown capricious, seeking out entertainment by playing individuals against one another. Her life has become a constant search for brief moments of happiness, leading to her reputation for early exits when, as her amusement fades, she departs in frustration. Everything else comes to her so easily that this mysterious, unattainable thing hangs over her. 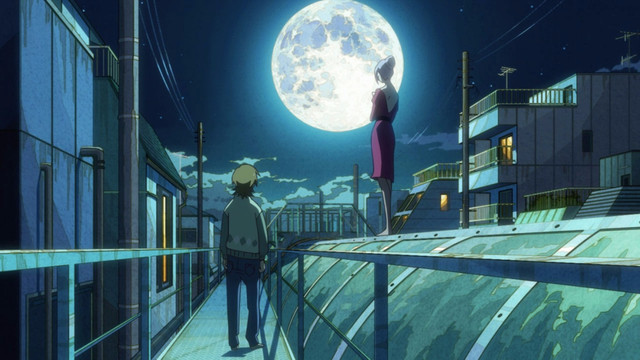 The first season revolved not only around the Shimogamo family, but also around the interactions between Yasaburo and Benten. His ability to approach her without fear or want represents the single most intimate relationship she has. They may both find each other fascinating because each possesses an excess of what the other lacks. Despite this, Yasaburo is the one who is content with life. Benten laments her own fickle nature, thinking it a shame that one day she may end up eating Yasaburo and, in doing so, kill her golden goose of kindness. Despite her warnings, she has never turned Yasaburo away when he requests a favor and offered her aid unasked when his family is endangered. 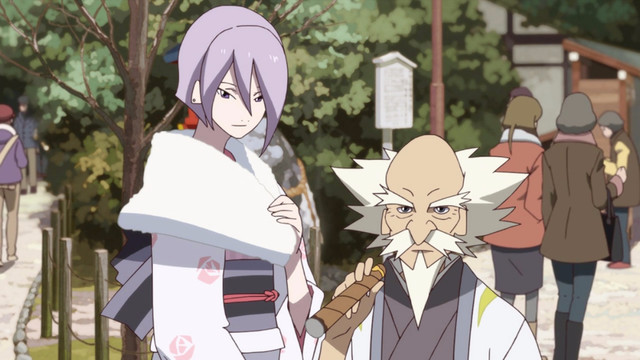 It was the Shimogamo clan’s friendships with both Akadama and Benten, as well as their own willingness to put themselves at risk for their family (where others might be more inclined to protect their own butts) that ultimately saw them through the end of the first season. Although each of their personal struggles were far from resolved, the season ended on an optimistic note that their mutual support would see them through any adversity and even implied Akadama and Benten may yet find peace in their familial warmth. 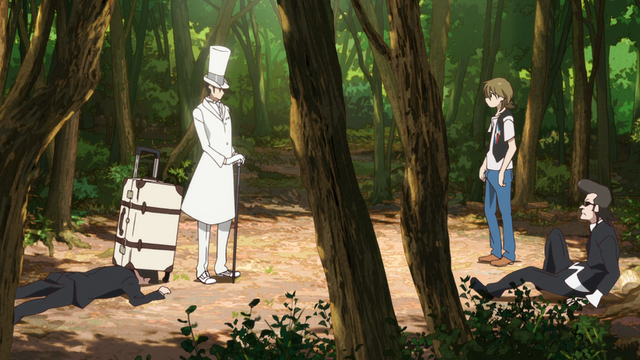 Despite Benten’s departure, the cast of The Eccentric Family continues to grow with the introduction of Akadama’s son(?) Nidaime and yet another brother of the Ebisugawa clan in Kureichiro. It's my hope that these newly revealed members of the Shimogamo's extended family will drive the season toward new insights and resolutions in the conflicts that have fractured their homes. The first season did a wonderful job of signaling the importance of the Shimogamo's close ties and building upon their deep bond. Perhaps Yasaburo's talent for getting himself involved in the affairs of others may coax them into that same warmth. Blood may be thicker than water, but you need both to live.