Take another look at the real-world locations of The Eccentric Family 2! 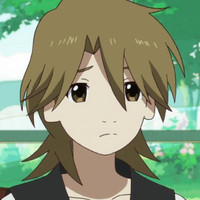 Anime vs. Real Life’s focus is once again going to be on Kyoto in this week’s installment, after the city was already the stage of Tsukigakirei’s class trip episode last week. However, this time it’s all about The Eccentric Family 2 again.

A big part of what makes the show so great and unique is how well it utilizes its setting, and Kyoto’s already quite marvelous real-world locations create the perfect venue for such a whimsical contemporary fantasy like The Eccentric Family 2. I already covered most of the real-world locations that appeared in show’s first episode, but Yasaburo has of course somehow managed to get him roped into many more (mis)adventures throughout the city since then, so let’s take a look at these new locations!

In the second episode, Yasaburo gets asked to investigate a strange phenomenon occurring above the Teramachi Shopping Arcade. The long stretching shopping arcade runs all the way from Oike Street down to Shijo Street, and is packed with restaurants and shops. It’s also always quite amusing to see how anime alters certain brand names, like Tully’s Coffee getting called Tony’s Coffee here.

Daishin has been appropriately changed to Tanukin and the Trading Pose shoe shop gets called Trading Test in the anime.

But things don’t go all too smoothly for Yasaburo with the deceitful Tenmaya, who tricks him to go rampant as a brown bear in the Teramachi Shopping Arcade. Luckily, Kaisei manages to diffuse the situation.

Later that night, Yasaburo is on his way to a dinner with the Thursday Club, a group that advocates against the tanuki hot pots traditionally eaten by the Friday Fellows Club. The meeting takes place in Otsu, Shiga Prefecture, which is situated to the east of Kyoto.

Yasaburo and Professor Yodogawa are about to cross the Lake Biwa Canal here, which was constructed during the Meiji Period, and still gets used today for supplying water, generating small amounts of electricity, and for firefighting.

The spot is only a couple minutes away from Miidera Station.

On their way back, they get startled by a Tobidashi Boy sign blocking the road. While not located directly in the middle of the street, the sign can also be found at that intersection. These child-shaped signs (tobidashi means jump out) get installed along school routes to call attention to drivers, and have already been getting implemented since the 1950s during the Showa era.

But hiding behind the sign was the cunning Tenmaya. The whole episode completely plays out in the dark of the night, which further establishes his shady character.

The stairs leading up to the main temple buildings of the Tanukidani Fudoin, where the Shimogamo’s grandmother resides.

The intersection of Karasuma Street and Rokkaku Street.

Close by the intersection is the kimono shop/museum, Shiorian. And located right behind the museum in the anime is supposed to be Nidaime’s new apartment. Unfortunately, the apartment complex with its sheer endless rooftop does not exist in real life.

In the fourth episode, Yasaburo heads to Kyoto City Zoo, where he pretends to be the zoo’s captive tanuki, because the Okazaki family is on vacation. The relatively small zoo opened as early as 1903, making it the second oldest one in the country after the Ueno Zoo in Tokyo.

Located inside the zoo is also a small amusement park.

The Tanuki Shogi tournament is hosted by the Nanzenji tanuki family, which resides in the Nanzenji Temple. The temple is already over 700 years old, and counts as one of the most significant Zen temples in the whole country. Pictured above is the temple’s massive Sanmon entrance gate.

And last but not least, our two lovey-dovey furballs, Yaichiro and Gyokuran, are enjoying a quiet game of normal shogi, amidst the Mitarashi stream. Located at the end of the stream is the Mitarashi Shrine, which is located within Shimogamo Shrine’s compound.

The Eccentric Family 2 has been an absolute blast for me so far, and embodies everything that made the first season so special and unique. What are your thoughts on the second season so far? Sound off in the comments below!

Tags
anime vs real life, the eccentric family
« Previous Post
Hiroyuki Sawano Shares Latest Naming Craziness With "Attack On Titan" Season 2 Track Listing
Next Post »
"Made in Abyss" Will Be Larger Than Life at First Screening/Stage Event
Other Top News
5 Comments
Sort by: