KADO: The Right Answer is a great take on a familiar sci-fi subgenre 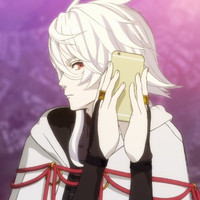 I may have mentioned previously that I’m a hardcore science fiction fan. Although I take it in all flavors, one of my favorite subgenres has always been the social science fiction of which an even smaller subset are stories about first contact with an alien species. Where normal social scifi explores extreme, futuristic, and often dystopian, representations of human society, stories about first contact typically take place in a modern setting and pose some unique questions about humans as a global community. These stories are few and far between in anime, most often appearing courtesy of Hollywood, such as the recent film Arrival. Imagine my surprise when KADO: The Right Answer appeared this season as an original work with masterfully crafted CG visuals and an almost painfully modern take on an enduring subgenre. 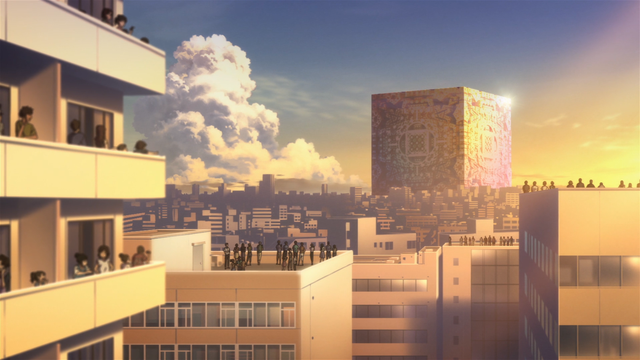 Stories about first contact aren’t so much about the alien race that makes itself known to humanity and as they are about how humanity reacts to their presence. Almost universally, the visitor to the planet Earth is a well-meaning representative bearing some sort of important message, but xenophobia or barriers in communication complicate their peaceful mission. This dynamic naturally leads to frequent use of religious themes, perhaps most famously in The Day The Earth Stood Still with the death and resurrection of Klaatu and his alias of Mr. Carpenter, set against the backdrop of his warning against the nuclear proliferation of the Cold War era. 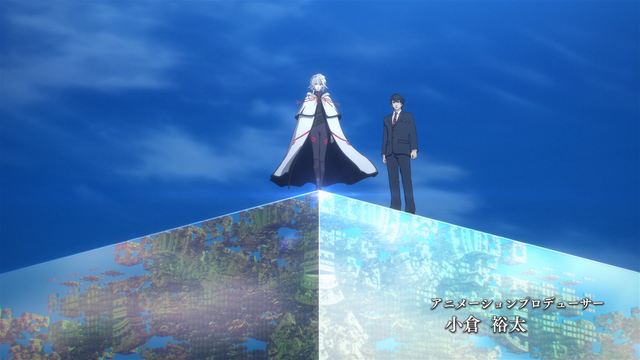 KADO first stands out by presenting an optimistic perspective on the ability of the Japanese government to rapidly mobilize a response to a 2-kilometer wide cube suddenly appearing over Haneda Airport and absorbing a plane containing several hundred passengers. A common trope in these stories involves an errant individual or distrustful nation taking a, typcially unsuccessful, shot at the more advanced species out of a misguided sense of self preservation. Potential misunderstandings resulting from artillery tests aside, KADO posits that humanity, or at least the Japanese government, would be capable of setting aside its fear of the unknown to coordinate a diplomatic response to the interdimensional visitor. 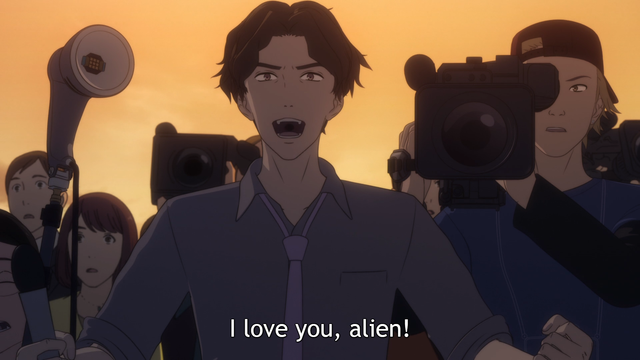 Where language, or even different means of communication, are often featured as a barrier preventing humans from wholly understanding the alien’s intentions, KADO once again takes a unique approach. Thanks to KADO’s ability to absorb information, zeShunina has a perfect grasp of the Japanese language, but this alone proves insufficient to articulate concepts wholly outside of human understanding. This becomes a narrative tool to illustrate the differences in perception, and therefore communication, between the residents of the two dimensions. Rather than saying it outright, KADO implies differences in everything from interpersonal relationships to the fundamental laws of physics between the two worlds as zeShunina and Shindo slowly build mutual understanding over the course of their negotiations. 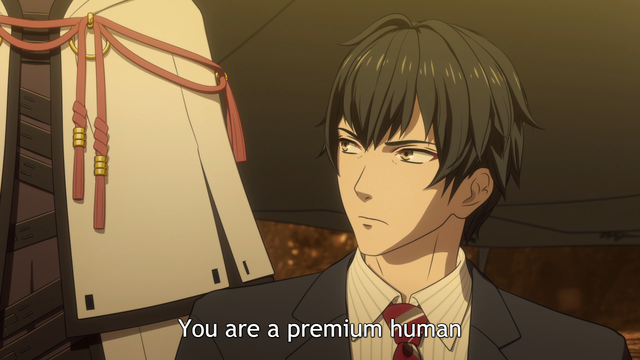 The darker side of humanity rears its ugly head with the story’s greatest turn. zeShunina presents the first of his gifts to humanity; Wams, devices capable of creating unlimited free energy. The permanent members of the UN security council immediately cast a vote demanding Japan hand them over, threatening everything from sanctions to military force. Shindo and his team are put in the unenviable position of deciding whether to risk their national security or capitulate and condemn this revolutionary gift from to becoming yet another piece in the game of international politics rather than being distributed where it can do the most good. 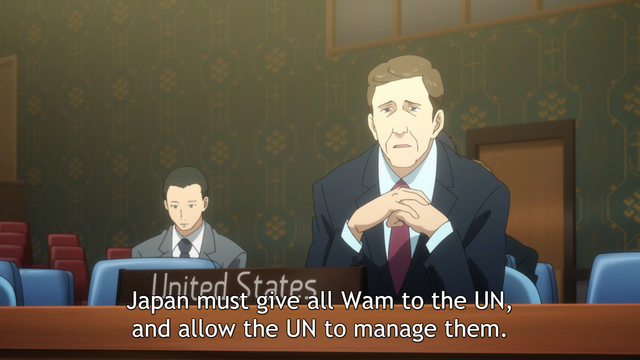 This outcome seems all too probable and their eventual solution--revealing the simple method of creating Wams requiring nothing more than persistence, mental flexibility, and one of the most ubiquitous materials on the planet--only changes the nature of the problem. Religiosity makes its appearance with the description of Wams as an “infinite spring that will rain down upon all of humanity,” implying that it could grow into a flood. Ensuring equal, unrestricted access to the Wams for all of humanity may be the best means of distributing them, but still carries the potential to destabilize entire economies and bankrupt some of the largest corporations in human history. 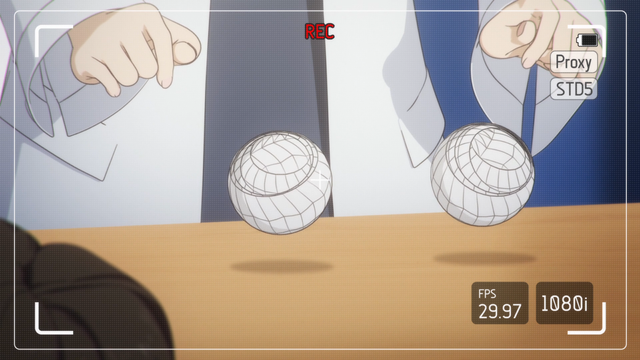 Even as the consequences of their latest move have yet to be explored, zeShunina has revealed his next gift to humanity, which appears to be eliminating the biological need for sleep. Once again, the potential consequences appear just as immense as its benefits. Rather than dwell on our fear of the unknown, KADO has shifted the focus to our ability as a global community to adapt to the dramatic technological and biological changes. zaShunina comes bearing gifts meant to aid mankind in entering a new era of technological development and prosperity, but their introduction into the human ecosystem will inevitably result in growing pains. “The right answer” speaks to the fundamental struggle of the story, Shindo and zeShunina working together to find the best means by which this change can be fostered. 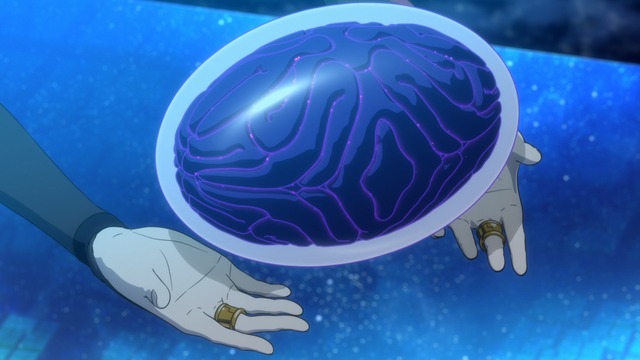 It's safe to say that KADO has taken theme of first contact several steps further than its cinematic predecessors, taking deep dives into concepts like communication that a 120 minute format prohibits, but the anime seems intent on taking a more longitudinal approach on the concept. After first impressions, how do we go about assimilating scientific knowledge centuries ahead of our modern understanding through calcified systems that often have difficulty keeping up with our own progress? The motives for zeShinuna's appearance is another enticing thread for the plot to follow. Like a certain interdimensional cube, this anime came out of nowhere offering some unique gifts and it's up to us to share them with others.