FEATURE: Cruising the Crunchy-Catalog: "The Devil is a Part-Timer!"

Can the Dark Overlord navigate the fast-paced world of fast food service in this 2013 comedy / fantasy TV anime? 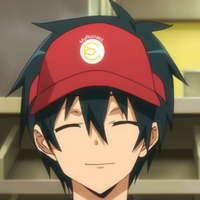 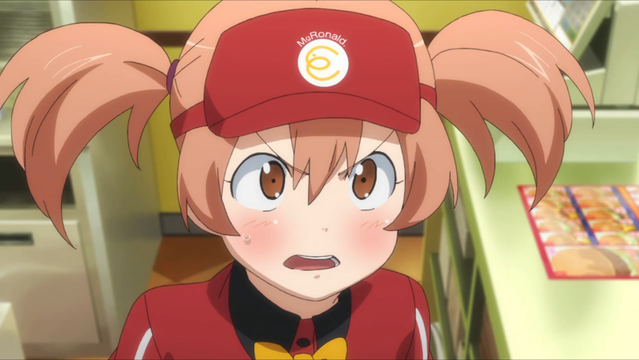 Have you ever been paralyzed by indecision while ordering a meal at a fast food restaurant? With so many possibilities available, choosing a new anime to watch can be like that, albeit with fewer glares from saucy customers while you fumble with the menu. Like a helpful but slightly diabolical waiter, “Cruising the Crunchy-Catalog” is here for you. Each week we provide additional information and cultural context to help fans decide whether or not they'd like to try out an unknown title. 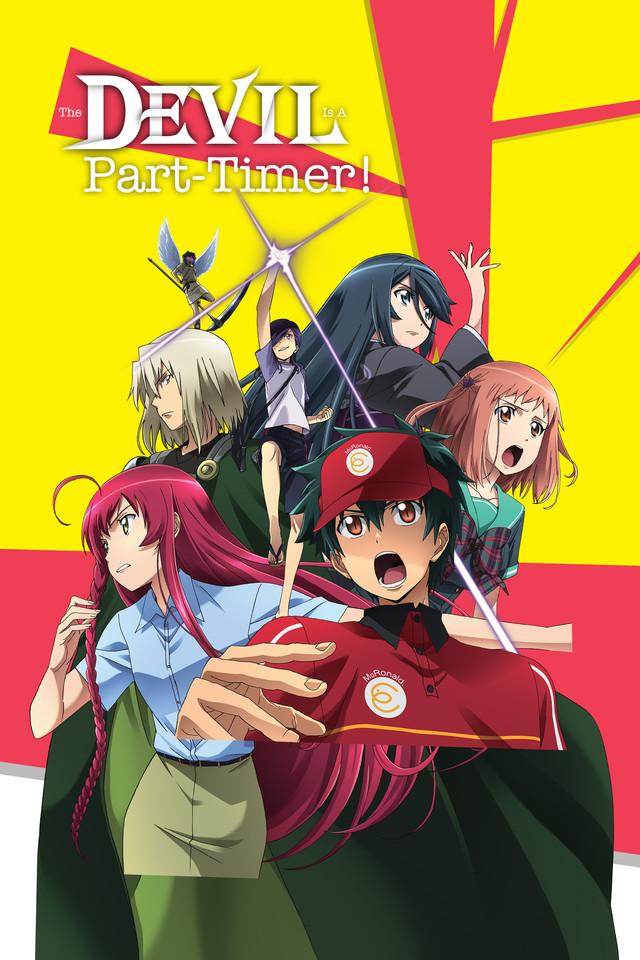 What's The Devil is a Part-Timer!?

The Devil is a Part-Timer! is a 2013 TV anime with direction by Naoto Hosoda and animation by White Fox (Is the Order a Rabbit?). The series is based on the Hataraku Maō-sama! light novels, which are written by Satoshi Wagahara, illustrated by 029 (Oniku), and published by ASCII Media Works under their Dengeki Bunko imprint. Crunchyroll describes The Devil is a Part-Timer! as follows: 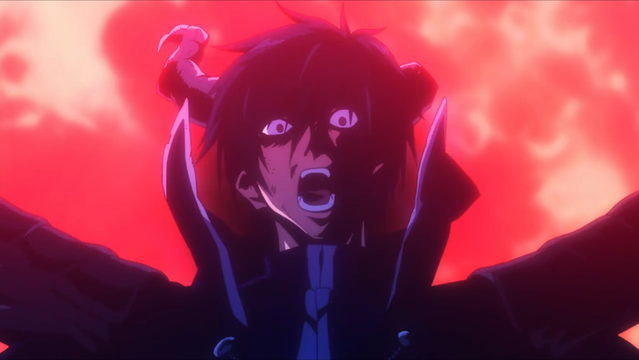 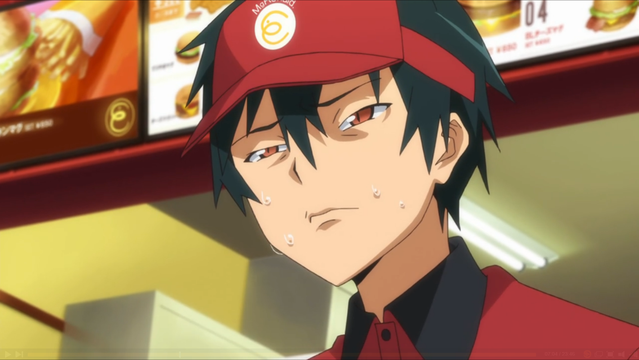 A note of clarification: although the diabolical and angelic beings in this series borrow Judeo-Christian names (Satan, Lucifier, Sariel, etc.), the setting of the series involves two drastically different environments: the magic-rich fantasy world of Ente Isla, and ordinary, modern day Earth. Thus, the titular “Devil” has more in common with the evil overlord antagonists of the Dragon Quest video games than with the Biblical nemesis. 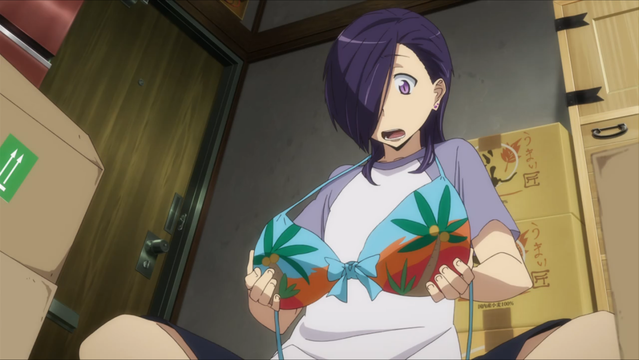 While primarily a comedy, The Devil is a Part-Timer! also serves double-duty as a straightforward and serious fantasy story. The conflicts on Earth are generally small and mundane (i.e. struggling to make ends meet, jockeying for promotions, etc.), but when the war in Ente Isla spills through the Gates, it brings spell-flinging destruction and back-stabbing political intrigue with it. The combination of humor and drama makes The Devil is a Part-Timer! a solid viewing experience. 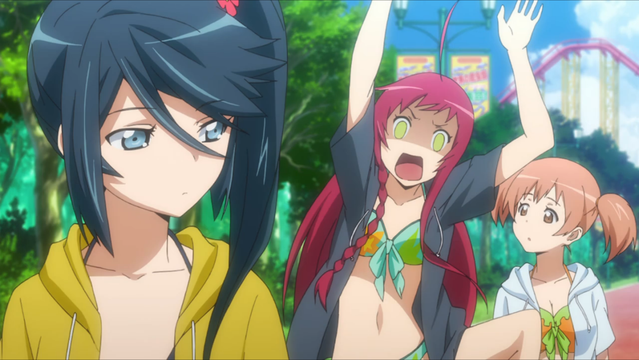 Comedy commonly uses a two-step structure: the setup, followed closely by the punchline. The Devil is a Part-Timer! primarily employs a three-step structure with its gags: setup, anticipation, and pay-off. The comedic beat in the middle allows viewers to drink in the absurdity of a scene, for example when Satan finds his second in command stuffing his face with katsudon during a police interrogation. 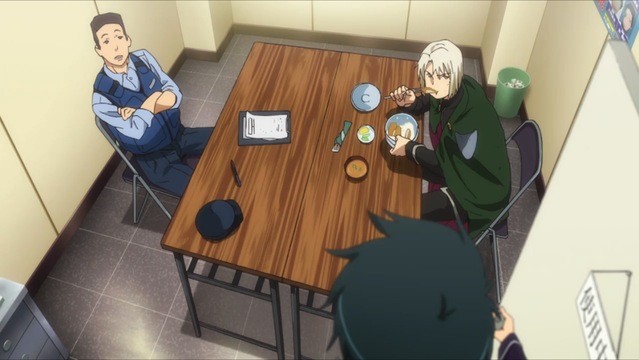 The Devil is In the Details.

Aside from its keen sense of comic timing, The Devil is a Part-Timer! works so well because of its sense of world-building and a fine attention to detail. The realm of Ente Isla has its own fantastical language, for example, and the exchange between the two very different worlds yields some surprising results, such as a spy whose study of Japanese culture centers entirely around old samurai movies and a spell-caster with a sweet tooth for Pocky. 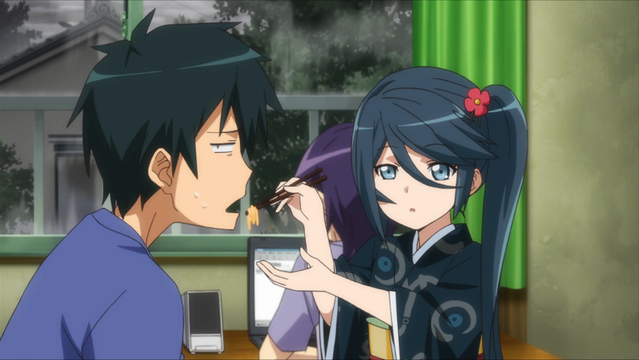 A Spell Against Demons.

As a result of our partnership with Funimation, Crunchyroll currently streams The Devil is a Part-Timer! in the United States, Canada, Puerto Rico, the US Virgin Islands, Christmas Island, the Cocos (Keeling) Islands, Guernsey, Ireland, the Isle of Man, Jersey, the United Kingdom, American Samoa, Australia, Guam, New Zealand, Norfolk Island, the Northern Mariana Islands, the United States Minor Outlying Islands, South Africa, and Heard Island and McDonald Islands. The series is available in the original Japanese language with English subtitles. An English dubbed version is also available from Funimation. 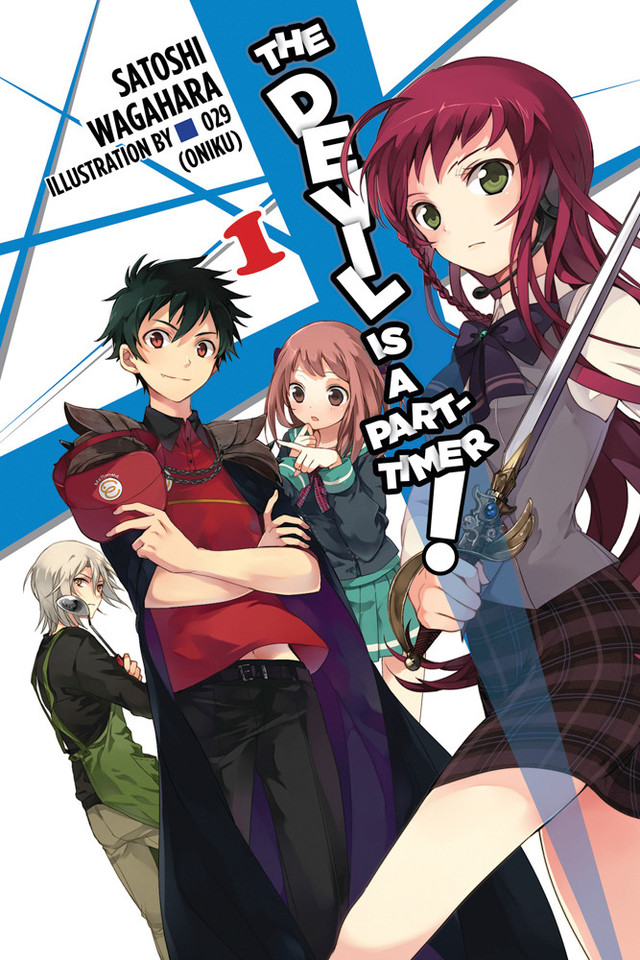 The Devil is a Part-Timer! is also available in a Bluray / DVD combo pack from Funimation, and the original light novels and the manga adaptations featuring artwork by Akio Hiiragi and Kurone Mishima are available in English language versions from Yen Press. For those who want even more Hataraku Maō-sama! and have an ear for the Japanese language, an original audio drama CD will be published in Japan on June 07, 2017. 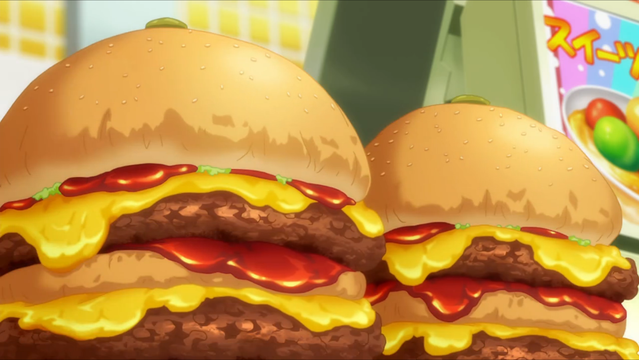 When it comes to light novel adaptations that steal a page or two from Dragon Quest, The Devil is a Part-Timer! is about as close to a perfect synthesis of the comedy and fantasy genres that a fan could hope for. If you enjoyed the levity of I Couldn't Become a Hero, So I Reluctantly Decided to Get a Job. or the drama of Maoyu, consider giving The Devil is a Part-Timer! a try. 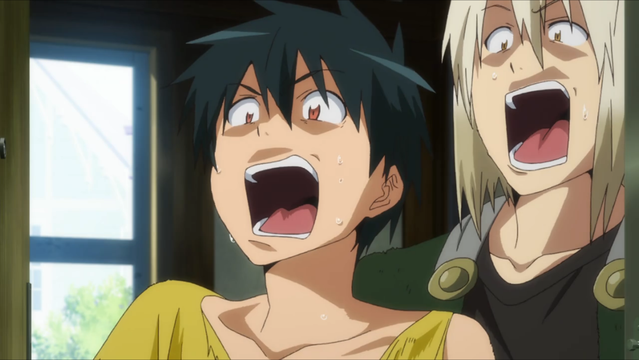 Tags
cruising the crunchy-catalog, the devil is a part-timer!
« Previous Post
New "Uta No Prince Sama" Anime Movie Planned
Next Post »
See How "Dragon Quest XI" is Shaping Up on PS4 in New Screens
Other Top News
11 Comments
Sort by:

Nico Video to Stream "The Devil is a Part-Timer!" Reunion This Week