FEATURE: Like Its Pint-Sized Protagonist, "The Royal Tutor" is More than Meets the Eye

Never judge a book by its cover—or a series by its high quantity of chibis. 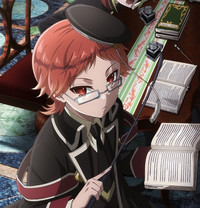 Like Its Pint-Sized Protagonist, The Royal Tutor is More than Meets the Eye

When The Royal Tutor first came out, I had zero expectations. It looked like a fairly standard pretty-boys show, which can be real hit-or-miss, and “an adult teacher who looks like a child” didn't sound like a promising starting point. Happily, the premiere immediately charmed me with its poker-faced protagonist, liberal use of chibis, and refusal to take its sparkly princes seriously. The Ouran High vibes were strong with this one, and I was cautiously optimistic. 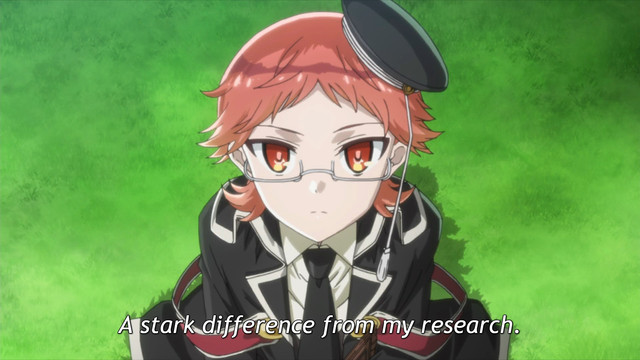 By the second episode, I was hooked, and not just because the series was silly and cute and the characters were all good, good boys (although that sure didn't hurt). The Royal Tutor also impressed me with the way it quietly wove themes about judging people by appearances. Between all the chibi antics, the series argues that first impressions are often deceiving, and people are rarely who they initially seem.

Right from the start, The Royal Tutor sets itself up as a story that wants to challenge assumptions—from both its characters and its viewers. The protagonist, Heine Wittgenstein, is a pint-sized man hired to teach the four youngest princes of the Glanzreich royal family. He's a brilliant professor, but because of his height and appearance, the people around him often assume he’s a child and treat him condescendingly; and because he’s a commoner, the princes initially do the same. 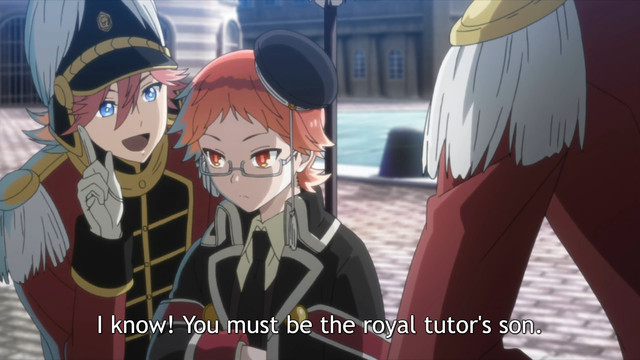 Due to factors that have nothing to do with his personality or skills, Heine’s in an uphill battle right from the start. He does eventually earn the princes’ respect and trust thanks to his unflappable stubbornness, pointed observations, and genuine talent as an instructor, but strangers continue to treat him like a child. Heine may be used to it, but that doesn’t make this treatment any less demeaning or frustrating for him (er...usually, anyway).

There’s a twist here, though, which is part of what makes The Royal Tutor such a smart exploration and rejection of assumptions. Because, despite his own long history with people judging him based on his appearance and social status, Heine falls into the same trap when dealing with the princes. 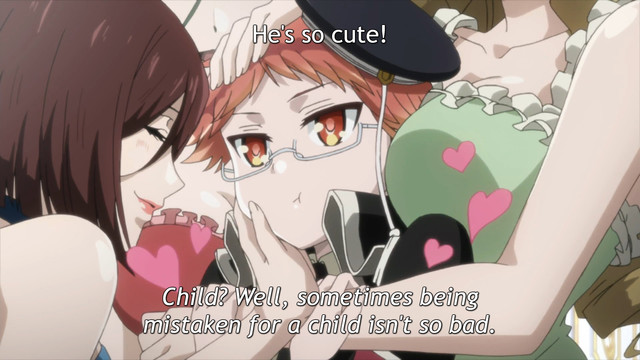 Based on hearsay and his limited first impressions, Heine gives them all nicknames (“the proud prince,” “the glaring prince,” etc.). He tries to tailor his first one-on-one meetings with them around these expectations, only to learn that none of the boys are who he thought they’d be. The airheaded flirt is quietly cunning, the haughty elitist is naive and insecure, the cold intellectual is an excitable puppy dog, and the violent troublemaker is a sweet, socially awkward peacemaker.

Heine is a reminder that none of us are immune to making assumptions about others, even if we’ve had to deal with people judging us by our appearances too. Fortunately, he’s also a reminder that we can always improve, as Heine immediately realizes his mistake and vows not to do it again. “Instead of judging others based on rumors and gossip articles,” he thinks, “I must look and feel for myself.” 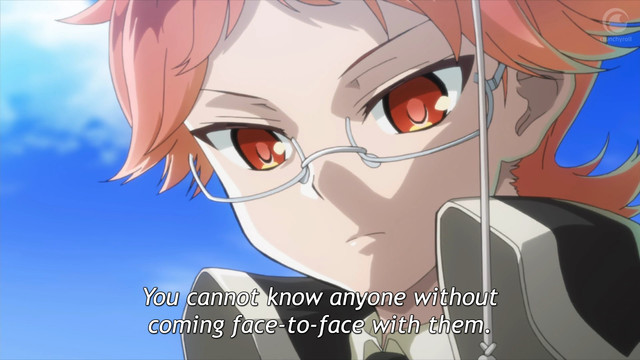 This warning against snap judgments comes up again and again in The Royal Tutor, whether it’s in a story where Prince Licht is convinced his father doesn’t care about him or one where the palace staff are terrified of Prince Kai simply because he’s quiet and has an intimidating appearance. Often these assumptions circle back to issues of social status as well, such as Leo’s irrational fear of commoners.

And every time, without fail, the series turns to the same solution: “Seriously, just talk to each other already!” Through direct, one-on-one experience and communication, the characters find ways to grow a little closer and understand one another better. By looking past appearances and making an effort to really look and listen, they find steady progress and gradual resolutions. 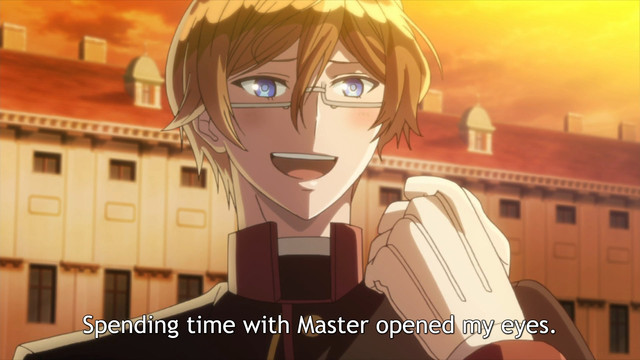 Is it a bit idealistic? Well, sure. The Royal Tutor may not always go for the easy answer (for example, in a later episode, Heine admits that not everyone will be able to understand Kai or get past their first impressions of him), but it’s still primarily a warm-hearted, feel-good comedy. The series tends to see the best in others and depict people as basically well-meaning, despite their tendency to make rash assumptions. Outside the world of cute chibi princes, this is sadly not always the case.

Still, the central concept is a valuable one, and a good overall mentality to have when engaging with people, whether we’re meeting them in person for a cup of coffee or trading hot takes with them over the Interwebs. There’s more to everyone than appearances or first impressions. An honest attempt at understanding can go a long way. 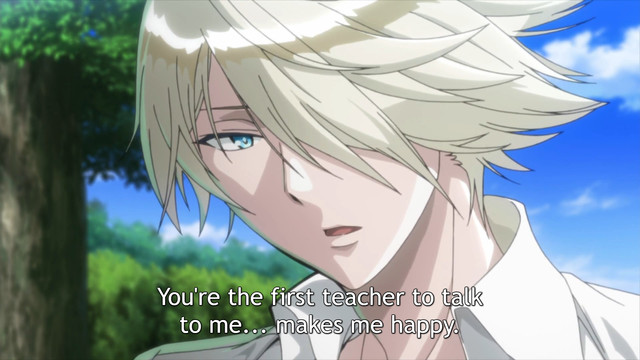 On a broader level, The Royal Tutor embodies this mentality in its own art and story as well. Its art style fluctuates between cute chibis and pretty-boys, and its focus on silly sight gags and deadpan humor can initially make it seem like immaterial fluff. This isn’t to knock shows that are “immaterial fluff,” of course (there’s absolutely a place for light comedies whose only goal is to make the audience relax and laugh); it's only to say that there’s more to The Royal Tutor than that.

In between Heine getting carried off by pigeons and Leo getting dunked on, The Royal Tutor has something to say, and it does so with a fair amount of heart and intelligence. Its stories have touched on prejudice, class differences, and privilege; its characters have dealt with anxiety (both academic and social), public expectations, and self-doubt; and each week it gradually develops its world and individuals a little more thoroughly, touching on growing mysteries and building palace conflicts along the way. 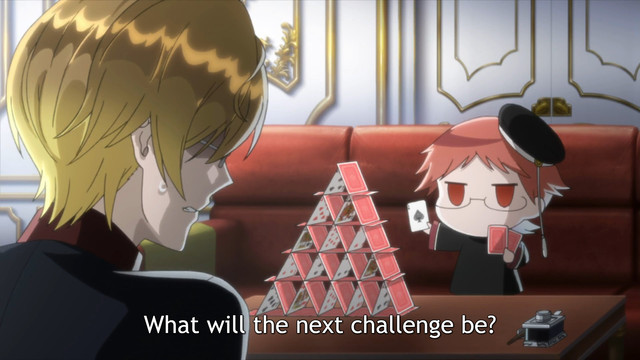 This isn’t a secret drama, mind you. It’s absolutely cute and silly, and I absolutely wouldn’t want it any other way. But, like its protagonist, it’s also absolutely a mistake to write it off based on that appearance. Through narrative, characters, and the art itself, The Royal Tutor reminds its audience again and again that they should never judge a book by its cover—or a series by its high quantity of chibis. 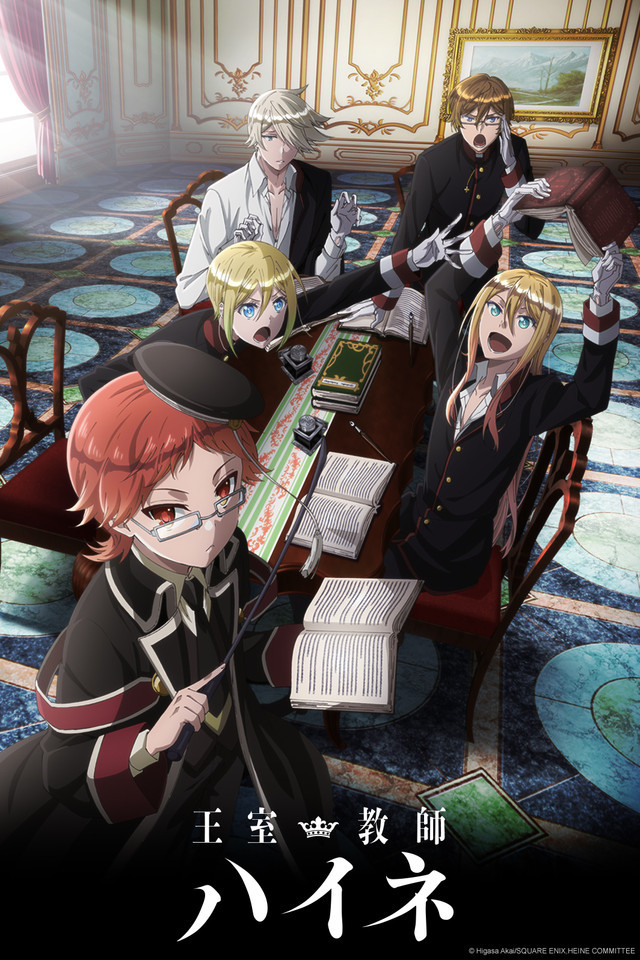 The Royal Tutor is available for viewing now on Crunchyroll