It's big decks and bigger hair in this week's installment of "The Hook," as we take a look at "Future Card Buddyfight X" and the long-awaited "Yu-Gi-Oh! VRAINS." 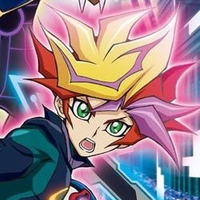 We're watching the clocks and the calendars waiting for the summer anime season to start. Fortunately, it's just a couple weeks away! In the meantime, we're beating the summer heat by chilling out with some shonen action series -- specifically, a pair of card game anime. How do these new seasons stack up, and what's got us hooked? Read on to find out! 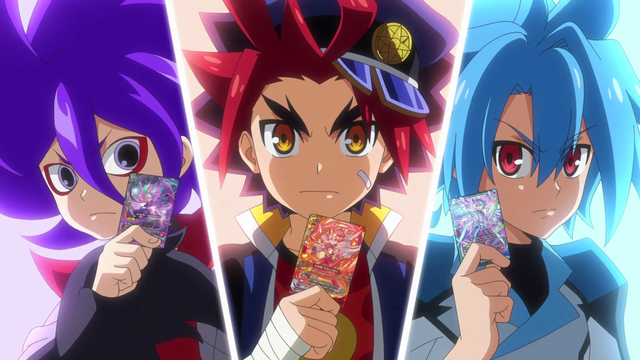 The latest installment of Bushiroad's CCG tie-in anime, Buddyfight X centers on young bancho-with-a-heart-of-gold Gao Mikado. He's a tough kid with no fear (and potentially a death wish), but he cares about protecting others and doing the right thing. He also cares about aseembling a top-tier deck and becoming a Buddyfighter, but he's missing a key component: a buddy.

Fortunately, a tiny panda named Saint Holy Sword Dragon (so he says) arrives just then to tell Gao that he's been chosen to represent Dragon World in the World Buddy Masters tournament. The two, along with Gao's two friends, immediately travel to Dragon World to find Gao a Buddy -- and get embroiled in their very first Buddyfight.

The Hook: Remember how I said Gao kind of seems to have a death wish? That's partly because everything outlandish that happens to him just registers to him as "cool." But there's also the fact that, when warned about the giant demonic dragon lord who ravaged Dragon World, Gao decides it would make an A+ Buddy. (To his credit, the pair do seem to work together pretty well... but it's not without its difficulties. Like Batzz's power running the risk of consuming and killing Gao.)

Who is It For: Well, obviously Buddyfight fans. But if you're a fan of ludicrous pyrotechnics, impossible physics, and weapons the size of a planet, you may want in on this. Gao seems to take his cues from Gainax, as evidenced by the fact that his finisher in the first episode looks more like a final episode panic upgrade. How they intend to one-up that first fight as the season goes on is anyone's guess, but it should be fun to find out. 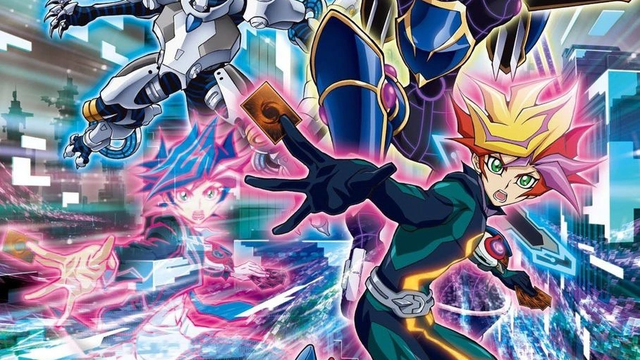 We had to wait a little longer than usual this year for the start of the new Yu Gi Oh!, with features and talk shows filling the gap between ARC-V and the new VRAINS. But VRAINS is now finally in play, in all its Tron-esque glory.

Our new hero is Yusaku Fujiki, a high school student who -- on the surface -- has no interest in the popular virtual reality duels taking place in the world known as the Cyverse. In actuality, he duels in the Cyverse under the handle Playmaker and along with "charisma duelists" GO and Blue Angel, is one of the best known and most popular players.

The Hook: Unlike the rest, Playmaker is fighting a very real battle against the Knights of Hanoi, a group of hackers attempting to bring down the Cyverse. And now they've got another reason to be at odds: Yusaku's Link Summon (this season's card thingy) now hosts Ignis, an AI entity being hunted by the series' two opposing factions.

On a much more literal level? The first episode (of course) ends on a duel cliffhanger.

Who Is It For: This latest iteration of the franchise has gone full-blown VR. There may not be mounts or motorcycles, but things are looking pretty intense. Naturally, Yu-Gi-Oh! fans should absolutely give it a try. If you're looking for some cool computer action, this might be your bag, too.