The Lonely Queen of The Eccentric Family

Today we offer some sympathy for Benten, the capricious quasi-tengu of The Eccentric Family. 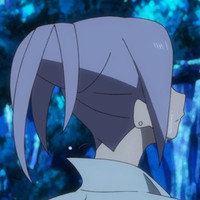 Hey all, and welcome back to Why It Works. I have been enjoying the heck out of The Eccentric Family this season, and have been writing up a storm about it over on ANN. The show’s strengths are many, from its gorgeous art design to its thoughtful character work and grand, whimsical vision of Kyoto. But one question I see repeatedly raised regarding the show is “what’s the deal with Benten?” Hauty, ethereal, and callous far beyond a fault, Benten has remained a central character in the show in spite of flitting between hero and villain, and even being largely responsible for the death of our protagonist’s father. The show seems to feel sympathy for Benten, even though she has never repented and never been forgiven. So how can we in the audience forgive her and sympathize with her, or even be expected to? 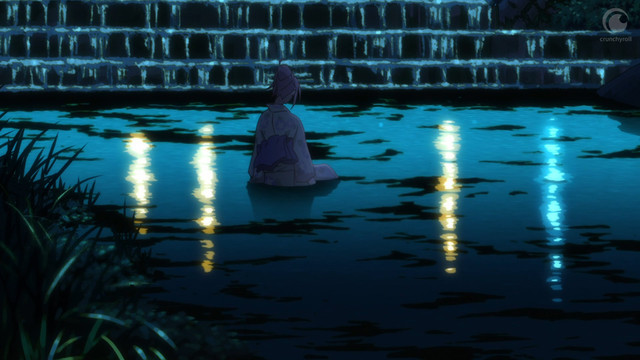 First off, I’d say it’s important to draw a clear line between “forgive” and “sympathize with.” In fiction, there are often characters who do heinous things, things that would pretty clearly delineate them as a “bad person,” at least until they’ve clearly and meaningfully repented. But you don’t need to think some fictional character is someone you’d want to hang out with in real life in order to sympathize with them, or believe them to be a good character. Every convincing, human-seeming character will have reasons for what they do, even if those reasons don’t justify their actions. Benten may be a certain kind of villain, but she’s also a person - her perspective is parsable, even if her feelings don’t excuse her crimes.

Secondly, it’s also important to recognize that The Eccentric Family is, at its heart, a celebration of family. “Family” is right there in the title, and nearly every key dramatic moment of both the first and second seasons has hinged on the importance of Yasaburo coming together with the people he loves. Yasaburo and his brothers bicker and bruise each other, but their underlying love is the foundation of the series, something that their absent father just recently emphasized himself. And “family” isn’t strictly tied to blood relations, either - Yasaburo clearly considers his teacher Akadama to be a member of his family, and even seems to share a familial bond with one-time tanuki-eater Professor Yodogawa. Family are the people you can trust, the people you can rely on to love you even when they don’t like you. Family is home, wherever you may find it. 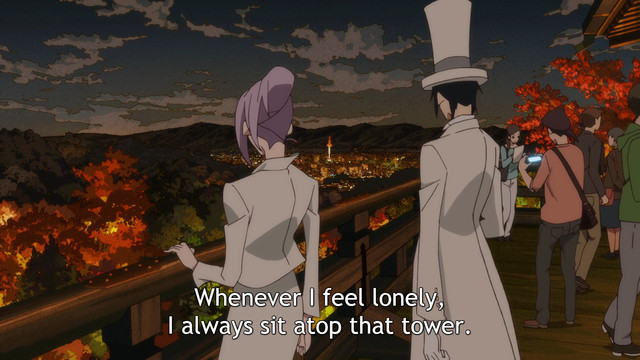 Given both those assumptions, Benten’s path through life comes into focus as a truly sorrowful journey. Benten was lifted into the sky by Akadama as a teenager, divorced from the human world where she once belonged. Benten is not a tengu, but she is treated like a tengu by others - afforded deference that only haltingly conceals fear, but never true companionship. Even Akadama, who consistently lusts after her, doesn’t seem to see her as a person. She is an object of worship to him, and the few moments where he actually meets her on her level are precious, fleeting things. Yasaburo seems like the closest person to her, and the one she actually somewhat confides in, but even he sees her more as a goal than a person. Her closest friends treat her with fear and reverence, not familial love.

Having lost her ties with her original family and found herself unable to relate honestly to her new companions, Benten sought a new family - the Friday Fellows. And in order to buy her entrance into this family, she did something truly unforgivable. Benten’s participation in the capture and murder of Yasaburo’s father was a heinous, callous act, but it was prompted by a desperation she’d never willingly admit. And yet, even within the Friday Fellows, Benten found herself fawned over but never trusted. It’s perhaps only the mercurial and terrifying Jyurojin, the mystical leader of the club, who can truly relate to Benten on her terms. Like Benten, Jyurojin is treated with fear and respect, but never love. Jyurojin has turned his deference into a lifestyle he's comfortable with, but Benten never seems happy with that route. 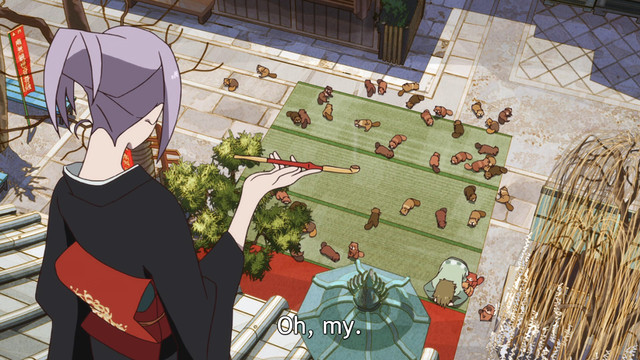 Presented with many suitors but no true family or friends, Benten has spent these last two seasons hovering in the periphery of other families, unable to find any true home. With her pride and imposing aura as the only things she can call her own, she cannot simply say “I am sorry for what I’ve done. It was unforgivable, but please, forgive me.” But her actions all through these seasons have reflected her desire to repent. From lending Yasaburo the tea house given to her by her master, to rescuing him at the end of season one, to even consenting to watch over the Trick Magister election, it seems like all of Benten’s meaningful acts have been different ways of saying sorry. And in response, Yasaburo has run from her, cowered before her, and refused to see there is a person standing beneath the moon he admires. What he sees as a funny game of cat and mouse is likely far less amusing to her.

The contradiction of Benten is that her only power is fear, but her only desire is intimacy. When Benten says “I like you so much I want to eat you up,” she’s lamenting the fact that she cannot get close to people without losing either herself or them. From the moment she first got stolen away by Akadama, she’s only ever been able to impress and control people by maintaining her air of authority and menace. She is consistently denied an open, honest hand, and so she must play the part of the witch or be abandoned and disregarded altogether. She wants Yasaburo to understand she is vulnerable, and yet she could never possibly be vulnerable with him. She wants people she can trust enough to call family, but if she were to take the first step, she’d lose everything. 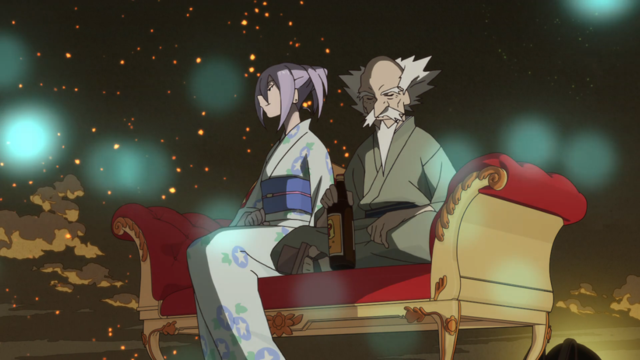 Benten is trapped as the icon of loneliness in a show that constantly emphasizes the importance of connection. Having been cast as a figure of power and mystery all her life, she cannot abandon the artifice, because it is all she has. If Benten were to acknowledge she’s all alone, she could very well lose everything - and given the fact that all of her attempts at finding families have failed, she has no reason to believe things will be better this time. Trapped in the periphery of all these happy families, she has embraced her role as the imperious outsider to the best of her ability. All she can do is play her part and hope, waiting for someone to offer her an open hand.