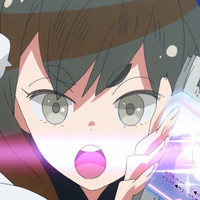 So goes the alluring dream, the wonder of what it might really look like to have heroes in our messed up, often ugly world. Would Superman stop our wars? Would Wonder Woman find a way to shake us out of our technology-induced apathy for life? If heroes of this kind were real, how would they navigate the morass of reality? While I'm sure there are some comics, movies, novels, and other forms of media out there that tackle this question, we're fortunate here in the anime world to have gotten two fantastic shows in the last few years that have given their own unique answers to this question: Gatchaman Crowds and Concrete Revolutio. Over the course of this week, we'll be taking a closer look at both series. Up first, director Kenji Nakamura's Gatchaman Crowds! 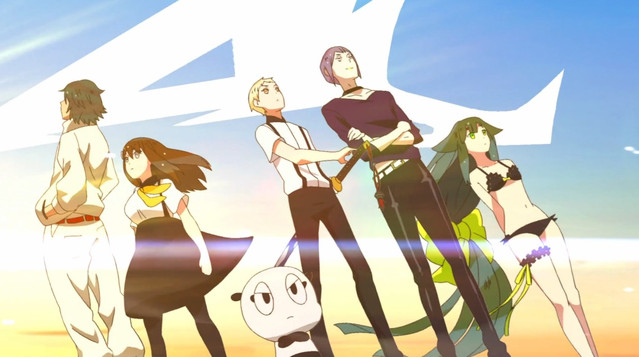 Gatchaman Crowds: Heroes vs. the People

As I alluded to in the intro, the world a hero inhabits plays a big role in defining him or her because the state of a hero's world dictates the kind of saving the hero must do. Although the world of Gatchaman Crowds is definitely a fictional one, in some ways it is almost indistinguishable from our own. Where our world has Facebook, the world of the Gatchaman has GALAX – a social media platform with the sometimes inspiring, sometimes terrifying capacity to make the power of social media tangible in a very physical, literal way. This, I would argue, is the defining characteristic of Gatchaman Crowds' world, and thus it is the primary force to which the heroes of the story must respond.

Although Gatchaman Crowds and its sequel season, Gatchaman Crowds insight, have their fair share of characters and groups opposed to the titular hero squad (not to mention the clashes of ideology between the Gatchaman themselves), I think it's fair to argue that the stories of both seasons ultimately return to a core dynamic between the heroes and the public. Thanks to its localized use of Japan as a case study, Gatchaman Crowds asks in an intimate way that the global scale of films in the Marvel Cinematic Universe cannot: In a world where we normal humans are more connected to each other than ever before, do we ever need heroes to be, well, heroes? 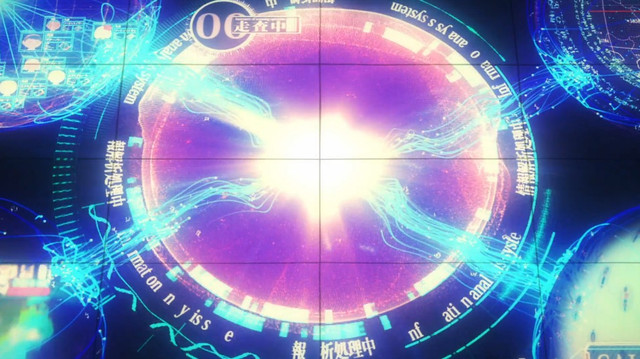 In many ways, the world of Gatchaman Crowds appears to be fundamentally opposed to the idea of heroes – a view actually espoused by a character in the show – Rui Ninomiya, the creator of the ubiquitous GALAX, who believes the world is on the cusp of outgrowing heroes altogether. "Are we not capable of taking care of ourselves?" Rui asks. However, as Rui and the show's setting demand that the Gatchaman justify their existence as heroes when the power of social media, of the public consciousness, is expanding so rapidly, the series' two primary antagonists appear to further complicate this seemingly two-sided contest.

In the first season of Gatchaman Crowds, this enemy is Berg Katze, a terrifyingly unpredictable alien who, in the show's world, serves as a representation of public anarchy. During the climax of the season, Katze's influence on the public through GALAX leads to widespread chaos, serving as a warning against the dangers of an unmoderated public. This near disaster is only avoided by the actions of the Gatchaman. However, in Gatchaman Crowds insight, the danger is much less explicitly malevolent, instead taking the form of the friendly alien Gelsadra who wishes for perfect harmony in society. As a foil to the insanity of Berg Katze, Gelsadra is an embodiment of the groupthink mentality, and the events of insight cast an ambivalent vision of what a literal application of this concept could do to a society. Once again, it is only through the actions of the Gatchaman that the crisis is averted and the status quo restored (hopefully with a lesson learned).

So, what does Gatchaman Crowds have to say about the existence of heroes in the real world? Although the Gatchaman are the ones who save the world (from itself) in both seasons, I think the show's view of heroes is more complex than might be assumed from that fact. To best understand Gatchman Crowds' thesis on heroes, it's helpful to consider them within the symbolic framework it establishes using its major players – Rui, Berg Katze, Gelsadra, and the Gatchaman themselves (particularly protagonist Hajime Ichinose). If Rui is a belief in the power of the public to be its own hero, Katze a warning against one dark side of that gamble and Gelsadra a warning against the other, then the Gatchaman find themselves occupying a space in the middle of it all. Heroes, Gatchaman Crowds says, must simultaneously be a force of moderation and of disruption. They must both promote the curbing of society's most aggressive impulses and inspire it to rise above its laziest tendencies. 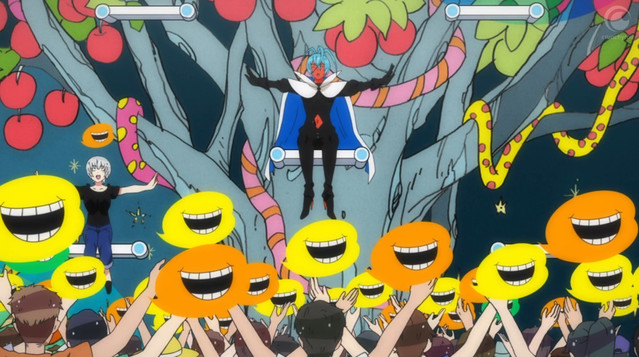 And that, as Hajime demonstrates, is something anyone can do. Although the world of Gatchman Crowds is most definitely a fictional one, it is a fiction mostly in the way it makes literal the subtexts of our actual reality. It is a show that brings to the surface the hidden currents of our technoligified, gamified, social media-reliant lives for us to see, and subsequently places the fantasy of heroes within that context to challenge us to live out a sort of mundane heroism for ourselves – a "heroism" where we think for ourselves, try to reach out to others, and consider the consequences of our decisions before taking action. In this sense, Rui's belief in humanity's ability to be its own hero is not so far off the mark after all. But until we come collectively arrive at that point, we will likely continue to need the challenging heroics of people like Hajime to point us along the right track.

And that, in the final account, is what I think Gatchaman Crowds really believes about heroes – their true purpose isn't to save the world, but to guide us along the path that leads to the place where we become capable of saving ourselves.

Have you seen Gatchaman Crowds? If so, what did you think about its ideas about social media, heroes, and society? If not, have I convinced you to give it a try? Either way, let me know down in the comments! (P.S. Still not convinced you want to give Gatchaman Crowds a try? Check out this fantastic post by @wendeego of Isn't It Electrifying for 8 reasons you should watch Gatchaman Crowds!) 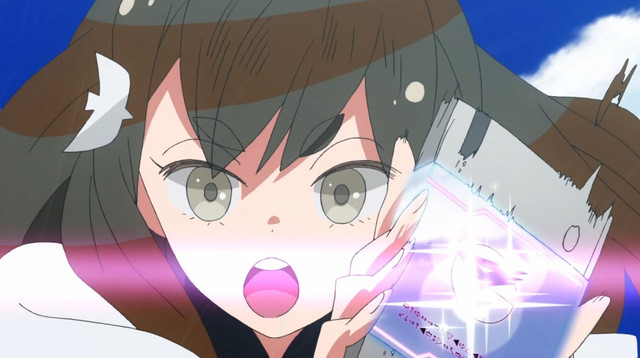 Hero Week: Behind on These Heroic Anime? Let Us Get You Hooked!