How "Concrete Revolutio" Redefines the Meaning of Heroism 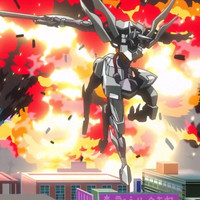 So goes the alluring dream, the wonder of what it might really look like to have heroes in our messed up, often ugly world. Would Superman stop our wars? Would Wonder Woman find a way to shake us out of our technology-induced apathy for life? If heroes of this kind were real, how would they navigate the morass of reality? While I'm sure there are some comics, movies, novels, and other forms of media out there that tackle this question, we're fortunate here in the anime world to have gotten two fantastic shows in the last few years that provide their own unique answers to this question: Gatchaman Crowds and Concrete Revolutio. Earlier this week, we discussed Gatchaman Crowds, so now it's time to talk about director Seiji Mizushima and writer Shou Aikawa's Concrete Revolutio! 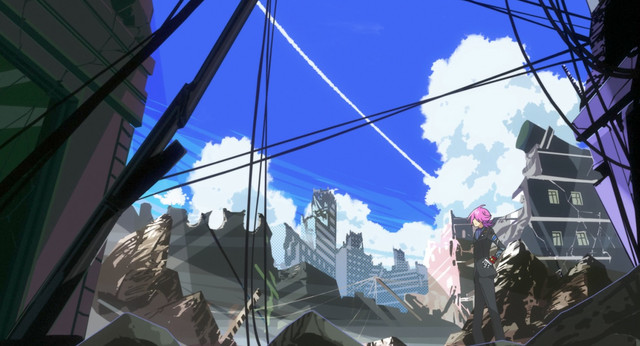 Concrete Revolutio & the Impossibility of Justice

At first glance, Concrete Revolutio might not seem a world all that similar to our own. Although set in an alternate version of Japan's own history (particularly during the 1960s and 1970s) and using interpretations of actual historical events to anchor its fictional story within that period, Concrete Revolutio's world is also flush with giant robots, superhumans, strange beasts, magical girls, gods, aliens, and many other beings cribbed from the annals of Japanese pop culture. On the surface, it's easy to see only the blender mix of genre influences and ideas, but as the show wears on these familiar tropes are appropriated by the show's thematic concerns in many different ways. The chaos that results is what becomes the most important parallel between the world of Concrete Revolutio and our own –  and it is also the characteristic of the setting that most impacts the Superhuman Bureau.

The Bureau, an odd collection of characters who generally serve as our primary windows into Concrete Revolutio's story, is a government agency set up to manage and protect superhumans, placing it right in the middle of the whirlwind of the setting's numerous conflicts and questions. With so many disparate groups and individuals with their own distinct priorities knocking about within the show (a feature emphasized by the show's preference for non-linear, episodic storytelling), the Superhuman Bureau and our main character, Jiro Hitoyoshi, have their work cut out for them trying to make sense of it all. Guided by their personal histories and beliefs, each member of the Bureau seems to have his or her own way of engaging with situations they face – even to the point of bringing them into violent conflict with each other. And this, then, leads to Concrete Revolutio's fundamental question: Amidst the chaos of humanity, is it even possible to be a hero? 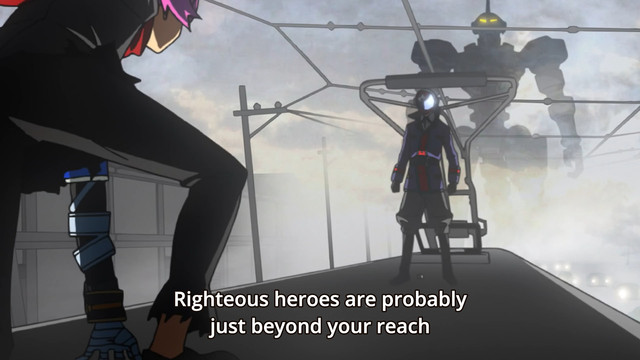 Most episodes or arcs of Concrete Revolutio play out in a similar way. The Superhuman Bureau is alerted to an issue that has arisen related to a particular superhuman or other supernatural entity. They arrive on the scene, but when they do, their course of action is obscured by something – orders from their superiors, their own ideas about what the right thing to do is, or even just complexities of the situation they didn't know about beforehand (whether practical or human). This episodic structure allows Concrete Revolutio to spend time with the characters at the center of these various events, diving into their lives and circumstances and giving us a chance to understand them, if we are willing.

While this structural choice leads to some disjointed (but often fascinatingly clever in retrospect) storytelling at times, it also allows Concrete Revolutio achieve the goal of getting its audience to understand just how many different kinds of people their are in its world and how divergent their worldviews can be. In one episode, we meet a little robot programmed to help anyone in distress without consideration for the context or consequences. In another, we meet a family of immortals who value nothing more than they do each other. In another, an android detective who can see no nuance in his world. In another, a pair of aliens who speak truths so obvious that they dazzle the masses. In another, a pair of robot lovers. There are many more besides, and the addition of each character adds yet another layer of complexity to the show – because as we understand them, we also understand how insufficient a one-size-fits-all method of dealing with them is. As colorful and eye-catching as the setting of Concrete Revolutio may be, this is ultimately a world of grays.

"Justice." We're all familiar with this ubiquitous rod of the hero, the "rightness" that he or she dispenses upon evildoers. But in Concrete Revolutio, we are constantly shown that justice is not so conveniently concrete as traditional superhero media would have us believe. And it is with this inconsistency that the show, primarily through Jiro's series-long character arc, struggles with. From beginning to end, Jiro makes clear that his personal definition of a hero is similar to the one we're all most familiar with: a powerful being who is unambiguously good, who embodies fully the concept of justice. But, as Concrete Revolutio demonstrates time and time again, actually applying that goodness to such an unclear world is basically impossible. Jiro wants to do the right thing, to make the choice he believes his image of a hero would make – but, as he discovers, knowing the right thing to do is hard. And, for Jiro, this ends up meaning that he can never truly become the hero he wants to be. At best, he can be only be an ally of justice. 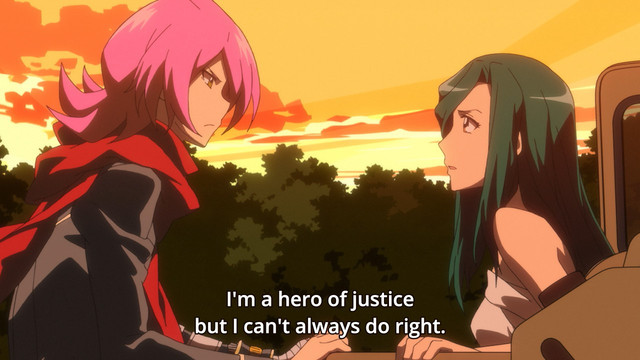 So, is that Concrete Revolutio's answer? Does the show believe that being a hero is impossible? I don't think so.

Instead, what Concrete Revolutio does in bits and pieces throughout its story is propose a new idea of what we ought to believe about heroes. Despite its many fictional elements, Concrete Revolutio's use of real-world events makes clear that it wants us to understand the ambiguity of justice and heroism not only within its story, but also in relation to our own reality. Like the real 1960s or even like the real 2017, Concrete Revolutio paints a portrait of an ambiguous world – dropping our conception of heroes as "doers of justice" right into the whirlpool of human conflict and challenging the simplicity of it. Our belief that heroes as the magic bullet that will heal all the world's problems, Concrete Revolutio says, is a fantasy. The world is too vast, its inhabitants too different, for any one of us to believe that we can always know what the right thing to do is.

And so, the real heroes in Concrete Revolutio are the ones who still pursue justice even knowing that it will elude them. Heroism isn't being right all the time – it's understanding that always knowing the right thing to do is impossible, but believing it's worth trying to figure out anyways. In Jiro's words, "there is meaning in searching." As long as we believe that, we can be heroes too. 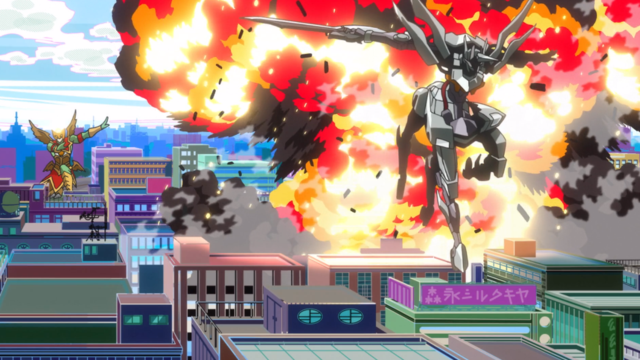