Fast Fingers and Clean Freaks: Get Hooked on This Summer's New Anime! 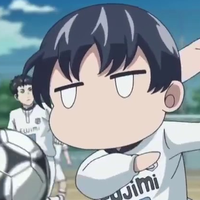 Ever wanted to join a club or team, but felt like something about you prevented you from doing it? The protagonists of this week's new series in The Hook is here to prove you wrong, with a germophobe soccer player and a quizmaster with social anxiety. What's great about these new series, and what will get you hooked? Let's take a look! 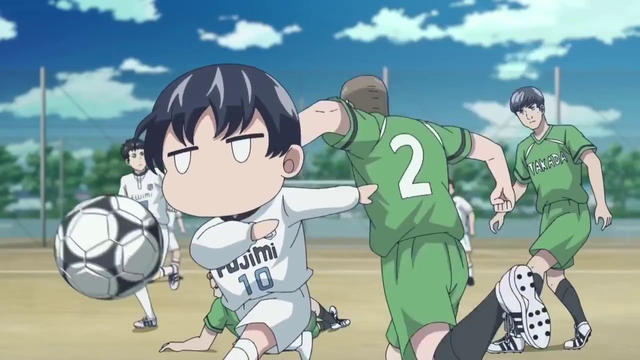 Or Cleanliness Boy! Aoyama-kun, if you follow the title screen. Either way, our title character is obsessed with keeping things clean. He won't drink out of someone else's sports bottle, he refuses to tackle anyone, and he won't handle a soccer ball unless he's wearing rubber gloves. And yet, somehow, he's Fujimi High's prize player... to the point that other schools want to win him away.

Coach Miwa may let Aoyama-kun do as he pleases, but fellow player Kaoru can't stomach it. Kaoru loves soccer, so much so that he'll take a hit to the face if it means denying his opponents a goal. He can't stand Aoyama-kun's behavior, and he's probably more than a little annoyed at how much the team's resident germophobe is loved by the girls.

And to make matters worse, a rival team (led by Akira Takechi and his rippling abs) has come to headhunt him. Why is the team so afraid of losing Aoyama-kun if he won't even play right? Why does Aoyama-kun insist on staying at Fujimi High if other schools are courting him? And why won't Akira just keep his shirt on?

The Hook: All these questions (except the Akira one) actually do have answers. While Aoyama-kun's play style (or lack thereof) may seem frustrating, it's actually enabled him to get extremely precise with his actions to avoid getting touched or dirty. As for why he stays?... Well, we'll let you find that out for yourself the first episode.

Oh, and then there's the girl trying to pick the soccer room's lock, and who seems extremely fixated on our hero. What she's about, we'll have to wait and see.

Who Is It For: While this doesn't act like a strict sports anime all the way through, it definitely has those elements and could absolutely go solidly in that direction. If nothing else, its ED sequence knows its pedigree, styled after an old-school sports anime ending in both music and art style. 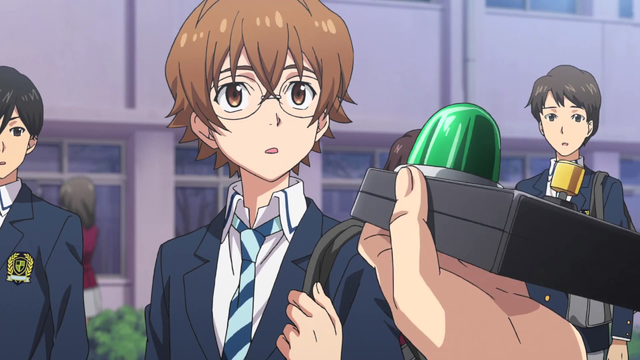 Looking for a fast-paced co-ed sport? Why not try quiz bowls?

In Fastest Finger First, the shy, book-loving Shiki finds himself face-to-face with the world of quizzing. He's uninterested at first, but after receiving a flyer with a sample quiz, he finds his extensive reading and love of learning makes him a natural for the obscure questions.

When the quiz bowl circle holds a presentation and he's called up onstage to help demonstrate how a quiz works, he's frozen. His shyness has already prevented him from being a class librarian or talking to cute classmate Mari. But once he starts to get into the swing of things, he finds he's a natural... enough of a natural that Mari, who appears to know a thing or two about quiz bowls, is shocked.

The Hook: They really will make anime about anything, but there's a psychological undercurrent to Fastest Finger First that has the potential to be really fascinating. It's not just about what you know, but how fast you buzz in -- and when you buzz in. Even in the first episode, we see Shiki taking apart how to buzz in mid-question and not get tripped up. In other words, this isn't a show about trivia, but rather the art of the quiz itself.

Who Is It For: Quiz-lovers, sure. But if you enjoy learning, especially about the psychology of different activities, this looks like it could be an extremely fun one. And who knows? Maybe you'll learn something.

Magical Girl Ore and Umamusume: Get Hooked on the Tough Girls of Spring Anime!