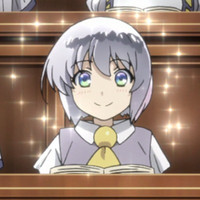 As a Professional Anime Watcher I’ve been hard at work the past two weeks keeping up with the busy season premiere release schedule. It's a bit too early to make any definitive calls about what I'll be following for the full 12 weeks, but a few have stood out because of concept, visuals, or writing. I’ve curated a short list of anime that I think shows promise and recommend giving a chance, if you haven’t already. 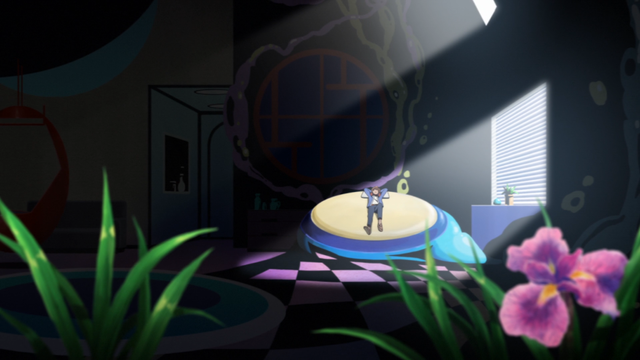 This series is hard to put a bead on just yet, but if you’ve followed my writing for any amount of time probably won't come across as a surprise. Our protagonist falls asleep and ends up in some sort of dreamworld cognitive space populated by imaginary figments and fellow dreamers of varying levels of lucidity. The primary antagonist of the anime are “witches”, girls troubled by real life events who enter coma-like sleep as a coping mechanism for their emotional troubles. They become tyrannical characters in the dreamworld bent on enforcing their distorted desires on those around them. 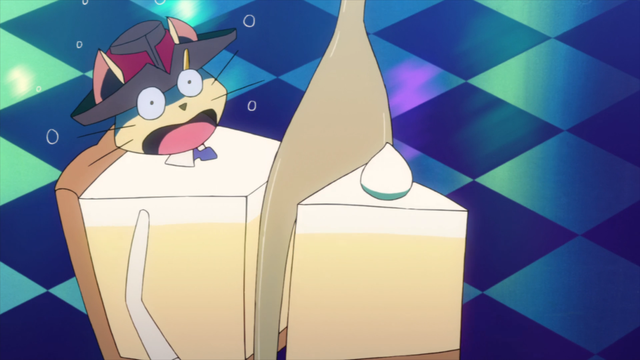 There’s a lot of groundwork to cover so the first episode kept things vague and mysterious, introducing the concept of doors and a professor who takes on a puss n’ boots-like persona that is attempting to study the dreamworld, along with a liminal white witch character acting as our protagonist’s guardian angel. It showed off with some really unique visual environments that call back to series like Summer Wars or the internet chat rooms of Psycho-Pass. It's a far cry hoping for another Flip Flappers just yet, but 18if set up a nice formula for an episodic show and it’s impossible to predict where the plot might take us. 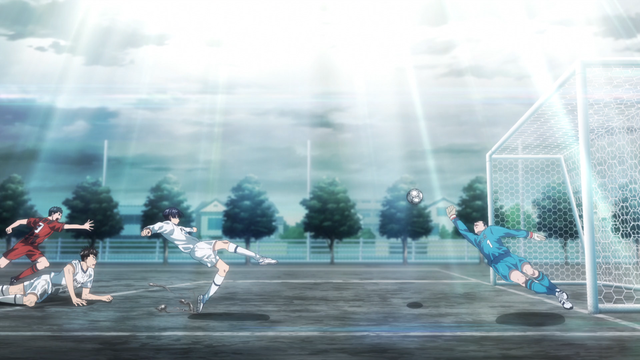 I’m hot and cold on sports anime but a good high school slice of life with zany characters is my kryptonite. Aoyama-kun may be the best of both this season has to offer, so if you lean either way it's definitely worth giving a chance. I’m on a constant quest to recapture the magic that was Tanaka-kun is Always Listless and Aoyama-kun has some of the same hallmarks. While several degrees more insane, this anime has the same fundamental theme of embracing the unique qualities of others. Despite the many inconveniences Aoyama’s compulsive need to clean causes, his fellow not only accept but have come to admire his unusual idiosyncrasies. Now on episode two, a few other classmates are beginning to display their own. 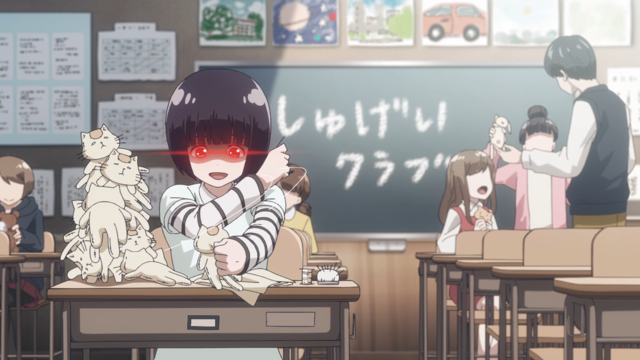 I’m still not quite sure what to expect from this show, but its jokes landed the most consistently of any premiere and it’s easy to fall right into the setting and live alongside the characters. So far it doesn’t appear Aoyama-kun is spending a great deal of its time on soccer, but a few moments in the first episode has me looking forward to its reappearance, making use of 3D integration to do some great rotating camerawork. Whether it delves further into the soccer team's competition or keeps things light, I'm excited to meet more of Aoyama's classmates. 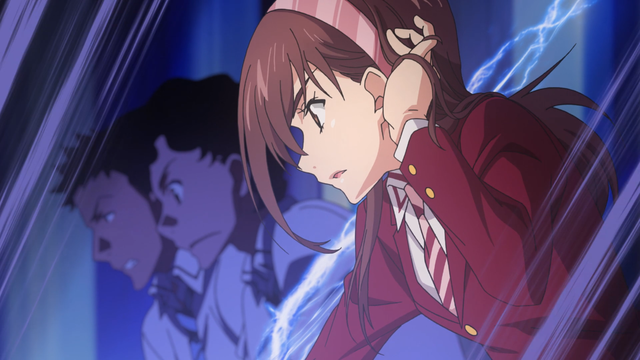 It’s always nice to have a reminder that anime can take any mundane activity and orchestrate a bombastic story around its practice in competition. Academic decathlons get the full treatment in Fastest Finger First, following the Quiz Bowl club at Bunzou high school. The protagonist Koshiyama is a natural talent having gained an immense amount of knowledge spending his childhood reading books at his local library (it’s fun-damental) but, of course, there is a great deal of strategy to this seemingly straightforward activity to be revealed as we dive into the world of competitive quizzes. 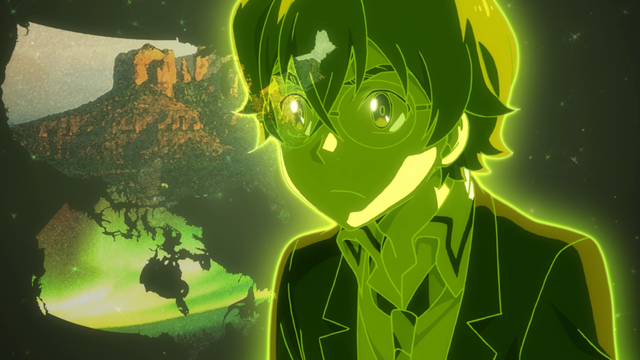 I’ve been a sucker for this kind of anime since I first watch Yakikate!! Japan but fans of Food Wars! (not that part) should feel right at home in this formula. The color filters and time slowing as Koshiyama thinks at lightning speed are the peak of this genre, along with the dramatic flourish each character takes when they hit the button to give their answer. So far we've been introduced to an obsessively intense club president and charming leads in Koshiyama and Fukami and I actually can't wait to see what cartoonish characters they end up facing off against. 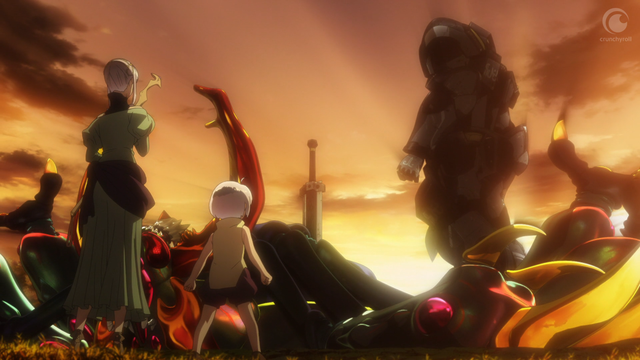 Mecha and fantasy are two genres that don’t cross over nearly enough, especially after Escaflowne showed us what the two are capable of together. Fortunately Knight’s & Magic is packed with magic-powered robots and giant monsters for them to fight. So far, the show has introduced us to a cheery cast of aspiring pilots in a high fantasy setting where just about everyone can sword fight and cast spells. The first episode rushed through a lot of expository background before slowing down in the second to show us what sort of combat we can expect, including some interesting 3D integration with CG beams impacting to create hand-illustrated explosions and smoke.

The one aspect of the story I’m still not clear on is the fact that Knight’s & Magic is an isekai at all. Beyond acting as an excuse for Erni to design a hybrid gun/wand, there really isn’t any aspect to his character that couldn’t be explained by a genuine, and extremely relatable, enthusiasm for giant robots. Fortunately this fact doesn’t particularly interfere with the anime either, so taking Erni’s genuine passion for magic and mecha at face value, along with the rest of the cast, makes him a perfectly charming protagonist. Whether it will be explored remains to be seen but the anime has a lot to offer either way. In the meantime, it's easy to get excited along with Erni as he gets to pilot a Silhouette Knight for the first time.

These anime were my top four picks but this season has plenty to offer. If you don't find any of these to your liking then you can also try out A Centaur's Life, Restaurant to Another World, and Katsugeki TOUKEN RANBU which I'm also keeping an eye on. Don't forget to follow up with sequels since we still have another cour of the fantastic My Hero Academia and a brand new season of NEW GAME!! I hope this list helped you discover something you end up falling in love with and I'll be back next week with some more targeted commentary.

I notice I ended up writing about 3D integration quite a bit since several series this season have been finding interesting ways of fitting it in both as a compliment or replacement for traditional 2D. It's fascinating to watch a medium evolve, so if you spot a a new and interesting way it's being used in a new show then let me know in the comments!

The Uniquely Creative Dream Worlds of "18if"