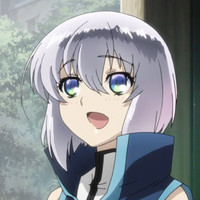 Watching the first episode of Knight’s & Magic was a unique experience. I thoroughly enjoyed it but I just couldn’t figure out why the anime is an isekai. Ernesti seemed like he would have been a perfectly charming character if his interest in Silhouette Knights had come from personal interest rather than the reincarnated fandom of a middle-aged Japanese man. All the other elements of the show had built an excellent fantasy world complete with royal thrones set at the feet of gold-plated mechs, but that single plot element seemed out of place. After the events of the next two episodes, I believe the pieces have finally fallen into place. 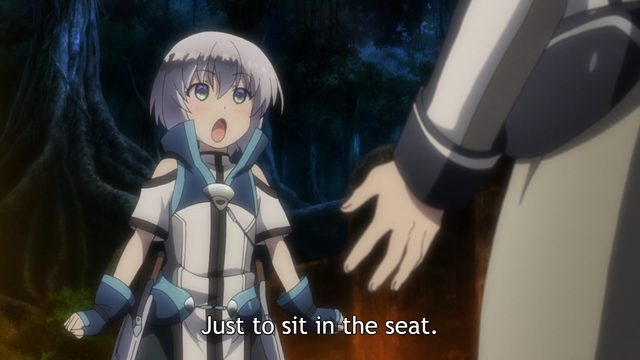 Dee Hogan wrote a great piece on the power of the positive portrayal of fandom as a welcoming community built upon collaborative passion in Akiba’s Trip, vilifying elitists and gatekeepers alike. Those same themes also resonate with the contributions of Ernesti’s displaced fandom in Knight’s & Magic. Just as Star Trek and Gundam fans have taken inspiration from their passion to spur scientific advancement, Ernesti adapts his own favorite aspects of mecha to the magical Silhouette Knights. While his mecha obsession helps justify his Mary Sue-like prodigal abilities, it also sets the inspirational tone for the entire series by putting on display the positive impact of fandom. 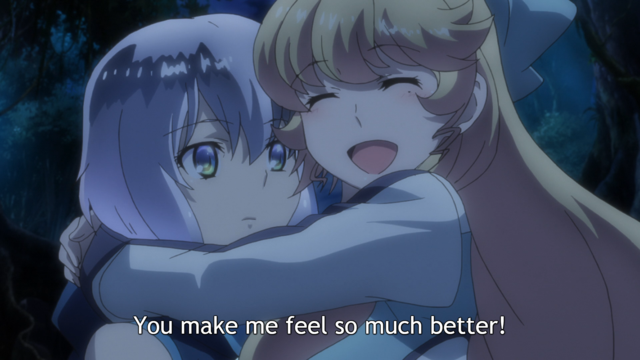 Toward this end Ernesti’s characterization is crucial. Tsubasa Kurata wasn’t a societal outcast, paranoid hikikomori, or sociopathic corporate climber, but a hard worker respected by his peers and who seemingly maintained a healthy work/life balance between his job as a programmer and his passion as a Gunpla enthusiast. When he is fatally struck by a car in the opening minutes of the episode, it's treated as a genuine tragedy. Rather than disappearing unnoticed from the face of the Earth, we see a funeral filled with relatives and friends who mourned his passing. Kurata was a positive force in our world and the new world he finds himself in provides even greater opportunity to make an impact. Knight’s & Magic is a different sort of wish fulfillment isekai, not the escapist fantasy where a troubled individual is offered a second chance in a new world, but where an enthusiastic character is given the opportunity to live out their passion. 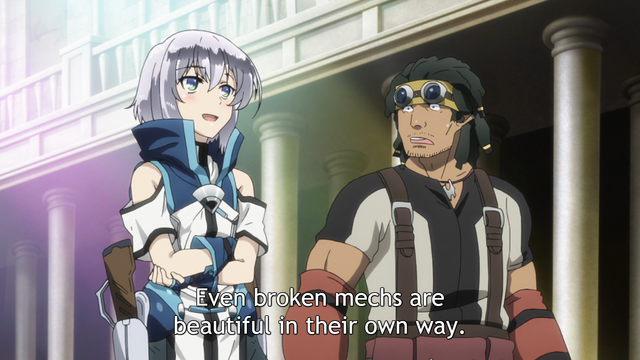 Ernesti doesn’t look at Silhouette Knights the same was as everyone else, as a weapon or a tool, but a lifelong passion. Having grown up in a more mundane world where mecha were the stuff of fiction, Ernesti has been provided with a miraculous opportunity to live his dream in this new world. Ernesti isn’t casually passionate about mecha, he is so enamored that he spends time researching mecha and, once provided the opportunity to become a pilot, works hard to make that new dream a reality. Ernesti is also respectful, never holding his superior knowledge over the head of others or looking down upon them, treating his superiors with respect where he might otherwise subvert them on his quest to become a Knight Runner. 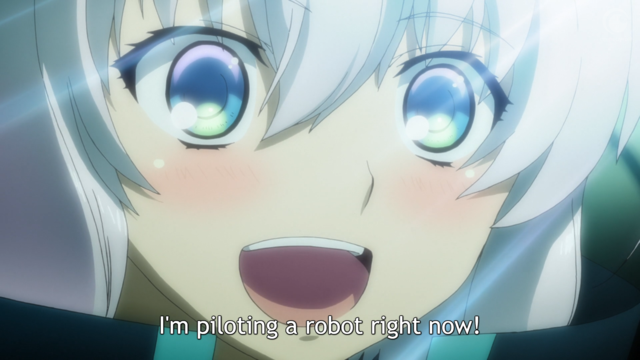 The most positive aspect of Knight’s & Magic’s portrayal of Ernesti’s fandom isn’t in how it serves him personally, but how it impacts those around him. Ernesti is faultlessly inclusive in his enthusiasm, ready to work with others toward a common goal and encourage others to share in his excitement. Despite excelling above his peers, Ernesti still invites others to share in his enjoyment. Rather than selfishly guarding the secrets his knowledge of modern day knowledge provides, Ernesti provides both the designs and their foundational logic to others so they can build a Silhouette Knight for someone else. He wants others to appreciate mecha in the same way that he does and happily shares his passion and knowledge with everyone. 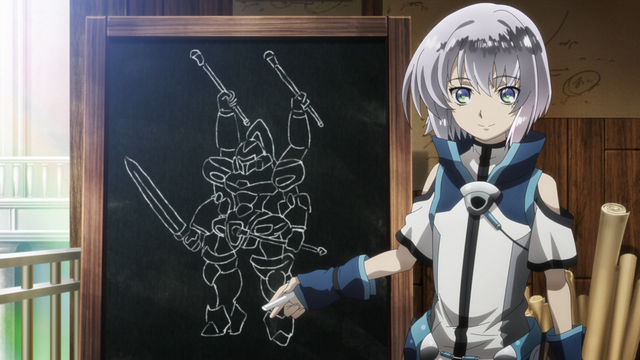 We can see the positive impact Ernesti has on others throughout the series. Adelroot and Akid are charmed by his enthusiasm for magic and train alongside him to themselves become mages and pilots of exceptional ability. The dwarf manufacturers openly weep in happiness when they realize Ernesti’s new designs, recognizing the tremendous advancements they’d made to age-old designs as the result of a good idea and a lot of hard work. Despite losing with the newly designed Silhouette Knight in a mock battle, Helvi is able to overcome her own disappointment seeing Ernesti’s unflagging enthusiasm, seeing her loss from Ernesti's perspective as the mech's designer, just another stepping stone toward success. 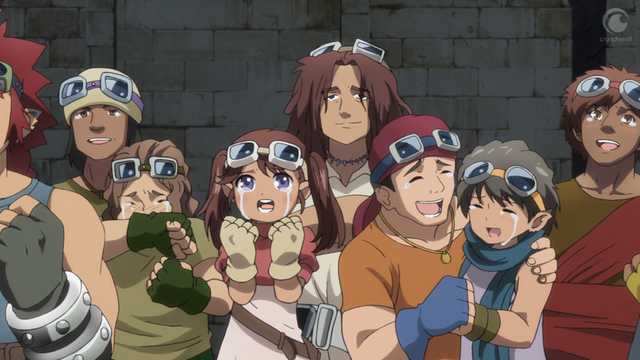 It may not be a perfect fit, but the context of Ernesti’s past life frames his fandom in an immensely approachable way rather than a in-universe fixation. It also drives home that an impassioned person can make a positive impact regardless of setting. Crucially, the series also takes care to portray the central cast as receptive to his intense interest, as willing to accept his fandom as he is to accept them into his fandom. Regardless the direction the plot takes from here, Knight's & Magic has made it easy to root for Ernesti and friends and encourages it audience to approach their passions in the same positive way.