My Own “Sakura Quest” – Exploring the Real Life Manoyama [Part 2]

Take another look at the real-world locations of Sakura Quest! 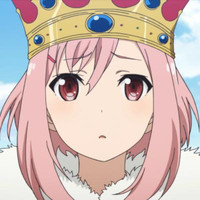 In last week’s article, I detailed the first day of my quest to uncover the real-world locations of the fantastic Sakura Quest, which brought me far out into the Japanese countryside – all the way to Nanto in the Toyama Prefecture. I spent the first day of my trip sniffing around Johana, which can be considered Sakura Quest’s main source of inspiration as the frequently featured pond and station (but also a few other locations) can be found in the former town that is now part of Nanto. Furthermore, it’s basically also where the show’s animation studio, P.A. Works, is located. But just like I mentioned last week, the anime’s fictional town of Manoyama is influenced not only by Johana alone, but by the whole region. So the second day of my trip led me to the fairly small and remote Fukumitsu and Inami.

But did I find any of the locations shown in Sakura Quest there?

I started the second day of my trip in Fukumitsu, also a town that was part of the merger that established Nanto in 2004. From the station it’s only a short walk to the local shopping arcade, interestingly called Humming Road Higashimachi, which seems to have been the inspiration for the one often shown in Sakura Quest. And without a doubt, the utility poles and many small shopping arcade signposts definitely look like the ones in the anime. But it was actually another aspect that immediately reminded me of the infamous shopping arcade in Manoyama…

The whole street was lined with shuttered storefronts, just like the ones in Sakura Quest. Walking the street up and down, I only recall about five stores that were open. However, stagnating "shotengais" are not an uncommon phenomenon in Japan, and certainly not one limited to Fukumitsu. Shopping arcades, especially in rural towns, often were the lifeblood of the neighborhood, but have been gradually driven out of business by large and easily accessible shopping malls. It’s going to be interesting to see whether or not Yoshino and her ministers are able to come up with a reasonable countermeasure to the stagnating shopping arcades.

It also didn’t take me long to grasp why the street was called Humming Road, as there was some funky music playing along the whole street.

The building in the left corner matches up quite nicely with the one in the anime, but not much else aside from that. There wasn't anything other for me to see in Fukumitsu aside from the arcade, so the next stop was going to be Inami. Luckily, I looked up the bus schedule ahead of time, as there are only a total of six buses a day going from Fukumitsu to Inami (which is only accessible by car or bus).

Inami is located at the western tip of the Toyama Prefecture at the foot of Mount Yaotome, and is quite the unique wood carving town. I got held up for about an hour at first as it started to rain, but was then able to make my way to the Yokamachi Street that runs along the center of the town. The broad stone-paved street is lined with old wood carving workshops that convey the town’s rich history and culture.

There are currently about one hundred people engaged in the wood carving industry in Inami. I unfortunately didn’t see any of the sculptors working on a ranma like Kazushi from Sakura Quest here, but I was still quite impressed by the sheer number of knives and chisels that get used in the process. Naturally, the whole town was covered in wood carvings, from the bus signs to the doorplates.

However, just like in the anime, wood carving just doesn’t seem like the kind of thing that would attract hordes of tourists nowadays, meaning I basically had the town to myself the whole day.

While the wood carving district itself is clearly recognizable in the anime, the temple gate at the end of the street is missing in real life, although the stone steps are there. Yokamachi Street actually leads up to the impressive Inami Betsuin Zuisenji Temple. The temple was erected in 1390 and is the reason why Inami came to flourish as a temple town. It also laid the foundation for the local wood carving industry.

The temple’s main gate is actually located a little further back, but the real one is multiple times the size of the one in Sakura Quest.

However, even the small gate in the anime seems to at least draw some inspiration from the real one.

And, to my surprise, the anime even incorporated this finely carved wooden dragon from the main gate. There actually is a bit of legend surrounding the dragon.  At the exact moment the main gate of the Zuisenji Temple was about to burn down, a wooden dragon came out from the carvings, swallowed water from a deep well and poured it over the fire. And just as it so happens, Sakura Quest’s Manoyama also has a folktale about a dragon, which still hasn’t been fully revealed. But that might still happen, as it’s part of the ongoing storyline to revive the Mizuchi Festival.

I was genuinely surprised by the size of the main hall as well, which is the fourth largest wooden building in Japan. It’s a shame the main hall itself was never featured in the show.

However, other parts of the temple have made it into the anime.

Once I was done wandering through the temple and the wood carving district in Inami, I again decided to rent a bicycle. Since everything had been going great so far, I only rented the bike for a mere two hours and wanted to take the early bus back to Johana. As you can guess already, that turned out to be quite the mistake later on. My main goal was to cycle up Mount Hachibuse and find the hideous Sankyoson Viewing Platform featured in the eleventh episode (this picture was taken with Google Street View). The tourist office told me that it takes around 30 minutes to get there; however, this later turned out to be the estimated time going by car.

On my way, I made a quick stop at the Inami Road Station, where I paid these wooden fellas a visit. From there I passed fields, rivers, tunnels, gorges, and also got to see the Komaki Dam before I even got to the foot of the mountain – all with just my tiny rental city bike.

But for some reason I decided to try my luck and started cycling up (walking and pushing the bike for the most part). However, the further I made it up the mountain, the creepier it got. I did not encounter any other person or even a car driving by the whole time, and once I passed this eerie little shrine with the incredibly steep stairs, I also started to remember all the horrifying Japanese folktales taking place in the mountains. After that I did not stick around much longer, even though I had already made it more than halfway up the mountain.

Of course I did not make it back in time and also missed the bus to Johana. For some unknown reason, the next and also final bus (scheduled for two hours later) didn’t come anymore. Luckily, I managed to find another bus station where I was able to catch the last bus back to Fukumitsu instead; otherwise, I would’ve been stranded in Inami for the night.

From Fukumitsu I was able to take the Johana Line to Johana and still take a couple of pictures of the station at night, which concluded my second day exploring the real life Manoyama!

On my third and final day in the area, I once again wandered around Johana and even visited a Sakura Quest exhibit, so please look forward to that!

Do you have any advice or idea how our queen and her ministers could revitalize Manoyama? Sound off in the comments below!

The Best of Two Years of "Anime vs. Real Life"