Strap in for a new monthly feature sharing favorite titles from CR's staff! 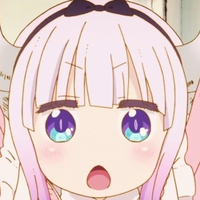 'SUP Y'ALL, I’m Cayla! I just got hired on to help curate anime at Crunchyroll, and I've noticed that everyone here has pretty rad taste. Since I'm a genius, I came up with the idea to start CR Staff Picks, a new monthly feature where we list recommendations from Crunchyroll employees! For our first installment, we’re covering some of my favorites, but future entries will include picks from plenty of different staff members. Now read on and bask in my super good taste~!

Restaurant to Another World is chill as hell. I love over-the-top action as much as the next person, but sometimes I just want my entertainment to help me unwind after a hard day in the anime mines. Despite heavily featuring warriors, mages, and dragons, Restaurant prefers to spend its runtime on quiet worldbuilding and detailed shots of food that leave me HELLA HUNGRY. The nameless proprieter of Nekoya, the dimension-hopping restaurant in which most of the action takes place, is a soft-spoken, mysterious dude, but the moments of warmth he shows to his customers and his waitress make him pretty darn endearing. So there's my first recommendation: come for the food, stay for the relaxing, scenic atmosphere!

I really, really like David Cronenberg, and Parasyte -the maxim- is probably the closest you can get to a Cronenberg-directed anime. Parasyte offers a fun cocktail of brutal horror-action, existential philosophy, and unsettling body horror that mixes together just right. The main duo are really engaging as well! Our protagonist Shinichi starts off as a bookish nerd, but we get to see him slowly become a Cool Edgy Teen as he gains more battle experience. And Migi (the horrifying mouth-eye-tentacle monster living in our hero's hand) makes a similarly satisfying arc as he progresses from a cold, calculating killer to an empathetic friend to Shinichi. Also, I know he looks... not great at first, but by the end of the series I thought Migi was really cute? Like a mascot character, sort of??? You'll see what I mean, just watch it!

Sometimes a family is just a salarywoman, a dragon, and also another slighty smaller dragon. Stupid memes aside, Miss Kobayashi's Dragon Maid really is all about building your own family. I really like Kobayashi a lot, she's a great main character. It's always nice to see yourself reflected in the media you watch, and the emotionally complicated, overworked adult woman with Real Grown-Up Responsibilities™ that is Kobayashi certainly hit a bit close to home. What got me even more than that is how this non-traditional family of people and humanoid dragons builds up around our protagonist. I recently moved away from my home state and left behind a lot of family and friends. Kobayashi forming relationships with Tohru and the ever-increasing cast of weirdos in her life somewhat mirrors my experiences of building up a support group as an adult in a new place. That's a big reason  this show is so close to my heart! Also, hecking damn I really love Kanna. She's so pure and good and cute and I want to protect her.

When I was a little kid I would watch Cardcaptor Sakura and then pretend to unleash Clow Cards using a stick and some Pokemon cards. I was SUPER COOL and had LOTS OF FRIENDS. The point is, Cardcaptor is really cool and inventive and captured my young imagination! Sakura's journey to wrangle the cards and maneuver through fourth grade serves up some hella cool action scenes and engaging plot beats that pulled in viewers both young and old when it aired in '98. For anyone wondering if it holds up, I re-watched the whole series recently and was happy to see that my childhood nostalgia was totally merited! It's a super high-quality show, and required viewing for anime fans in my book. I'm not saying everyone has to like Cardcaptor Sakura--I'm just saying if you don't, you might hate fun.

I don't give a FRICK about shogi. But I do give at least fifty fricks about sad boys, and Rei Kiriyama is the saddest boy. March comes in like a lion follows Rei as he advances in his professional shogi career, overcomes his past traumas, and attempts to make meaningful connections to the people around him. You. Will. Cry. I promise. Every episode of this dang series had me wiping at my eyes in a futile attempt to save my eyeliner. One of my favorite things about March is the way it fleshes out its cast. Someone will be introduced one week seemingly as a one-off joke character, but then we'll have a mini-arc a few episodes later dedicated to illustrating their own personal hardships and backstories. This series has some beautiful things to say about empathy and the value of opening up to people. Also, Rei Kiriyama is a GOOD BOY and I will PROTECT HIM WITH MY LIFE.

I know it's en vogue to dunk on "trapped-in-a-vide-game" series, but Log Horizon is really good, okay?? Most shows of this ilk are focused primarily on combat and cool fight scenes. This is great! Combat stuff is cool as hell! But I also think that it's cool to take the time to explore these imaginative fantasy-scapes and engage in some worldbuilding. Log Horizion has this in spades. Shiroe's interesting mix of Machiavellian talent for manipulation and humane empathy (think Frank Underwood from House of Cards but less... terrible) make him a hugely engaging protagonist. His ability to weave together a plan that brings together seemingly disparate actions across episodes makes something as ostensibly boring as setting up a functioning economic system just as exciting as any world-shattering shonen battle scene! Be forewarned, though, that the theme song is going to be stuck in your head literally forever.

And that wraps up our inaugural Staff Picks list! Check out some of my AMAZING recommendations, and be sure to check back next month for a new list featuring more favorites from around the office!

Cayla Coats is an Editorial Programming Coordinator at Crunchyroll and VRV. You can follow her on Twitter here!