A Monogatari Art Exhibition, Part One

With the Monogatari franchise having just released its final act, today we'll embark on a look back at the series' wild art evolution! 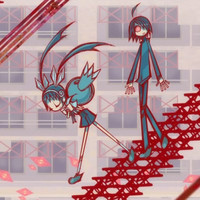 Hey everybody, and welcome to Why It Works! With the release of Owarimonogatari’s second season a couple weeks ago, the sprawling Monogatari franchise has finally come to something resembling an ending. There are still more stories to tell in this world, but the central narrative of Araragi’s adolescence seems to have been finished up with Mayoi Hell, Hitagi Rendezvous, and Ougi Dark. There was a lot to enjoy in those three arcs, from the great romantic moments between our main couple to the firm thematic finality of the ending, but one of my favorite elements of this last act was the vivid art design bringing Mayoi Hell to life. Araragi’s journey with Hachikuji was elevated through impressionistic backgrounds, distinctive character art, and plenty of creative style shifts throughout. It was a visual feast from start to finish. 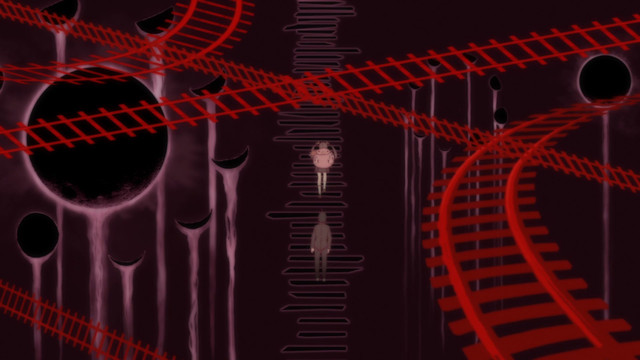 Watching that segment ultimately got me thinking back on all of Monogatari’s various style shifts, and the many different ways its communicated visually over the years. Some of Monogatari’s tricks are reliable mainstays - the camera generally echoes a given character’s perspective, full palette shifts represent key twists in conversations, etc. But Monogatari has progressed as much in its art design as it has in its narrative, and so today I’d like to take a brief journey through the art history of Monogatari. Today I am privileged to unveil the opening of the Monogatari Art Exhibition.

Monogatari’s first installment, Bakemonogatari, was defined by the singular vision of its phenomenal director. No, not Akiyuki Shinbo - he was certainly involved, but his chief director label speaks more to his general influence at SHAFT than his specific involvement in Bakemonogatari. In truth, Bakemonogatari was Tatsuya Oishi’s baby, and his direction both set the tone for the seasons to come and offered a vision no later installments would replicate. 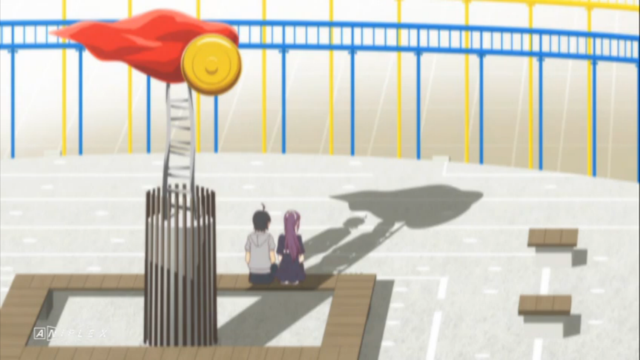 Bakemonogatari’s “standard look” is the style that would carry through all of Monogatari’s material, excepting perhaps the singularly unique Kizumonogatari (which, as it happens, was also directed by Oishi). Clean, sharp-edged, attractive character designs, courtesy of Akio Watanabe, feel at home in a stark, almost sterile environment. Vaguely defined skyscrapers and construction sites rise in the distance, reflecting a world the show’s own characters don’t really occupy. Shadows and angles create a labyrinth of simple geometry, and every item in the environment looks like it was placed on a stage. The world barely feels real.

On top of that “base style,” Oishi layered his own signature tricks - mixed media interludes, aggressive use of environmental text, and an utter disregard for holistic visual composition (here's a shot that demonstrates all three). Sometimes these tricks offer simple comedy, like when Araragi’s invulnerability is conveyed through actual spaghetti brains. At other times, these visual shifts are put to more serious dramatic ends. In the first arc, a mix of real-life photography and ominous blurred shots heightens the sense of immediacy and horror as we learn of Senjougahara’s past abuse. In the second arc, Mayoi’s memories of her parents’ divorce are conveyed in crayon, emphasizing her youth to underline the pain of this separation. In the third arc, the most visually imposing apparition yet is introduced through video collage, making sure the audience can grasp the menace of the monkey’s paw. Bakemonogatari also debuted the franchise's consistent habit of shifting visual style entirely for gags, matching old-fashioned slapstick or specific media references with their appropriate visual parallel. 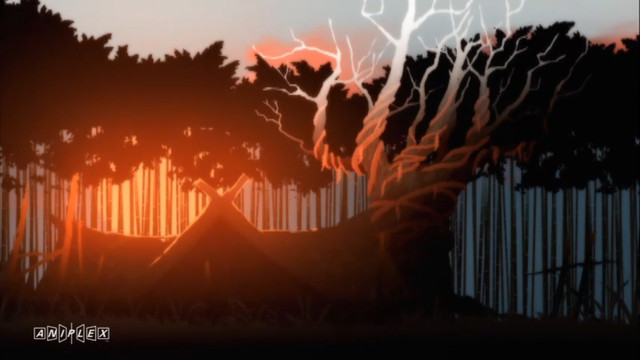 Though Oishi left the television series after Bakemonogatari, he would continue to experiment in his direction of the three-part Kizumonogatari film. There, in the absence of time constraints presented by a television schedule, his vision was brought to life by the standout work of many genius animators. The lack of a cohesive style he embraced in Bakemonogatari continued in Kizu, with traditionally animated characters often feeling strangely out of sync with their CG backgrounds. But the fruits of Kizu’s long hibernation are astonishing things - sequences of burning vampires where you can almost feel the heat, lengthy, spacially ambitious battles that waver between comedy and horror, and even some carefully executed personal moments. Kizumonogatari is unlike anything else in Monogatari, and also unlike very little else in anime altogether.

With Oishi busy on Kizu, the actual Monogatari television series would change hands for Nisemonogatari, leading to a variety of new specialties. Those are all worth celebrating, but I’ve run out of time for today’s article, so I’ll have to return to that next week. But don’t worry, your ticket to the exhibition is good for any number of visits. I’ll see you then!