Check out the real-world locations of NEW GAME!! 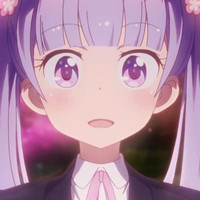 Aoba and the rest of the Eagle Jump team are back and working on a brand new game in the second season of NEW GAME!!, granting us a fairly realistic (although beautified), in-depth look into the Japanese gaming industry. And I’m back from Japan, to give you a look at the anime’s real-world locations!

Just like last season, NEW GAME!!’s main setting is the Suginami Ward in the west of Tokyo, an area where numerous other anime take place as well. This is due to the simple fact that the western portion of the Greater Tokyo Area is home to a plethora of anime studios and producers, specifically in Musashino (J.C.Staff, Production I.G, etc.), Mitaka (Pierrot, the Ghibli Museum, etc.), the Nerima Ward (Doga Kobo, TNK, etc.), the Nakano Ward (Madhouse, Toei Animation, TMS, etc.), and the Suginami Ward (Ufotable, Bones, Sunrise, etc.). There are over 70 anime producers that have studios in NEW GAME!!’s Suginami Ward alone. So it should come to no surprise that the area is frequently used as a setting for anime, since it’s convenient for studios to base a show’s locations and backgrounds on places in their vicinity. And it stands to reason that this was also the case for NEW GAME!!, which is produced by Doga Kobo.

Let’s kick things off with the anime’s main location, which probably takes up more than 90% of the show's screen time – the game studio Eagle Jump. The Eagle Jump headquarters is modeled after the New-AD building in Asagaya Minami, in the Suginami Ward of the Tokyo metropolis. The building stands out in real life because of its differently colored balconies, which can also be seen in the anime.

Even the building’s sign looks similar, although the colors are switched around. However, the building in real life does not house a game company like in the anime, but an advertising agency called New-AD.

Across the street is a small yakitori restaurant, although Aoba and her colleagues seem to prefer to grab lunch in the nearby shopping arcade, which I’ll get to a little further down.

The building in the anime matches up perfectly with the real one.

Aoba usually gets off at Asagaya Station on her way to work. Since she lives out in Chofu, it would make more sense for her to get off at Minami Asagaya Station, which is actually closer to her workplace, but let’s just roll with it. You’ll surely also recognize the iconic green and white logo on the left, which is a Starbucks. Pardon me; it’s a Starbox in the anime.

And right outside of Asagaya Station is the Asagaya Pearl Center Shopping Arcade, which is divided into an open-air part and a roofed part, and leads almost straight to the Eagle Jump building.

Incidentally, I visited the shopping arcade right around the start of the distinctive Asagaya Tanabata festival, one of the most famous Tanabata festivals in the country, which sets itself apart with its often anime inspired papier-mâché decorations. One of my highlights was Jiji from Kiki’s Delivery Service.

There were many other well-known anime characters as well, like Serval from Kemono Friends, Conan from Case Closed, and the most famous anime character of them all – Captain Jack Sparrow!?

While New GAME!! mostly depicts its real-world locations quite faithfully, this single shot here just doesn’t do reality justice. Umiko and Nene head to Shibuya for dinner, and it's simply impossible for the famous Shibuya scramble crossing, rumored to be the world’s busiest intersection, to be this empty around dinner time. The shot was taken from the Starbucks on the 2nd floor of the Q-front building, where I had to wait half an eternity to get a spot by the window.

Umiko and Nene are supposed to meet up at the Hachiko Statue outside of Shibuya Station, which is an extremely popular meeting point in anime and real life. My own parents met up there for their first date! However, the statue in the anime is not the famous Hachiko dog, but actually a penguin?!

Did people throw me strange looks while I was photographing a seemingly random tree from various different angles next to the world-famous Shibuya crossing? Yes.

The Eagle Jump staff rounds up the first episode with a little cherry blossom viewing party in Sanshi no Mori Park. The custom is called hanami, or yozakura at night.

Do you think NEW GAME!! presents a realistic look at the gaming industry, and what did you think of the show’s real-world locations? Sound off in the comments below!