Take another look at the real-world locations of GAMERS! 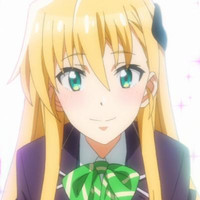 This season’s hilarious GAMERS! references a whole range of real video games from the ever popular Mario to one of this year’s biggest surprise hits, PlayerUnknown’s Battlegrounds, and even Star Ocean in the latest episode. But as I already pointed out in my last article, not only are most of the games shown in the anime based on real ones, also the show’s locations are modeled after real places. GAMERS! takes place almost entirely in Tokyo’s Meguro Ward, and Amano and his gang of misfit gamers like to stick around Toritsu-Daigaku Station for the most part. And surprisingly, the majority of the rather inconspicuous backgrounds match up quite nicely with their real life counterparts, but which one looks better? So in that vein, let’s keep up Karen Tendou’s competitive spirit, and see who wins this round of Anime vs. Real Life! See and decide for yourself!

In case you missed it, here’s the first article about the real-world locations of GAMERS!

This first comparison here is actually the one that varies the most. It’s definitely the right location, which you can pinpoint by looking at the matching railings of the small park in front of the building, but the actual amusement arcade looks entirely different, except for the emphasized sign saying ‘game’. While I prefer the façade of the real one, called Amusement Field, it was sadly lacking my favorite Japanese arcade activity, the crane games. In the anime, the Goldrush Game arcade had a whole floor dedicated to them, and Tasuku even won a cat plushie for Aguri there. So I’d say it’s a tie for this one.

While the buildings do appear quite different at first glance, you can definitely still make out which one was based on which.

The family restaurant depicted here is a Jonathan’s, and you can find these all over the Tokyo area. They're part of the Skylark Group, one of the largest operators in the family restaurant business in Japan. In the anime, where it’s called Gardenia, the restaurant is where Amano and Aguri hold all of their emergency meetings, which somehow always manage to exacerbate every crisis and just cause new hilarious misunderstandings. Some of the show’s funniest scenes happen in the restaurant, and since I’m not especially fond of the food and coffe in Jonathan’s, I’d say the point for this one goes to the anime side.

This little side street near Toritsu-Daigaku Station runs right next to the subway tracks. Both the anime and its real-life counterpart look equally good, although the weather wasn’t exactly overwhelming when I visited the place.

Do I really have to point it out? Yes, the background really does match up quite nicely.

I found the matching staircase in the Tokyu department store inside of the station.

In the background is the elevated Toritsu-Daigaku Station. Amano and Tendou have a chance encounter here that leads to their quasi date in the fourth episode.

While the trees match up, they’re actually not arranged in the same way as in the anime. In the show they’re standing vis-à-vis from each other, but the tree to the left in the bottom picture is actually standing somewhere else in the park. The more you know.

Amano and Tendou are walking along the Nomikawa Green Road here, a former river/drainage ditch turned into a several miles long park strip. Also, there really was a guy talking on the phone on the park bench to the left when I got there, just like in the anime. All in all, the park turned out to be quite a pleasant walk, so I’d say this point actually goes to the real deal.

Walking along the park I also randomly spotted this vaguely recognizable restaurant logo from the anime.

And of course, it was inevitable that the two gamers would end up at the game arcade at some point.

After their little competition in the arcade, the two of them round the day off at the nearby Nakane Park, which is also where they ended up after their first fateful encounter.

I already mentioned in my last GAMERS! article, that Nakane Park in reality is a lot more spacious than in the anime.

Being the game fanatic that he is, Amano even turned choosing his drink at the vending machine into a game…

…by pressing two random buttons at the same time,…

…which is why he ended up with a disgusting durian juice. Thankfully, there was no durian juice in the real vending machine, which is without a doubt a big point for the real-world tally. On the other hand, if you check the vending machine’s prices, you’ll notice that every drink is about ¥30 cheaper in the anime. I obviously had to try Amano’s method and ended up with a jasmine tea.

In the anime, after Amano got his drink, the vending machine displayed four sevens in a row, meaning he was allowed to get another drink of his choosing for free. The cool thing about this is that many of the DyDo vending machines actually have this neat little feature in real life as well, as you can see in the picture above. All you have to do is to get a drink and hope for the flashing lights to turn into four sevens, and then you’ll get another one for free. I obviously did not have that luck.

And by the way, the reason he didn’t ask Tendou if she wanted any specific drink was not necessarily because he was inconsiderate, but once you actually win you have to choose a drink within 30 seconds.

It’s here where Amano reveals to Tendou that he does in fact care about winning, but just simply doesn’t possess the tenacity it takes to win.

The actual clock in Nakane Park does look a lot fancier than its anime counterpart. But I know, I know, in the end anime always wins over real life, and I don’t think I have ever stated anything contrary to that in my 50+ anime and real life comparison articles. But the GAMERS! locations actually make for quite a fun and easily accessible anime pilgrimage, which is going to make you appreciate this fantastic show even more.

Who gets your vote, anime or real life? What video game references did you spot in GAMERS!? Sound off in the comments below.