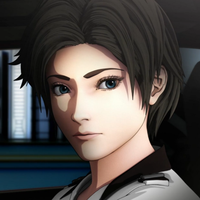 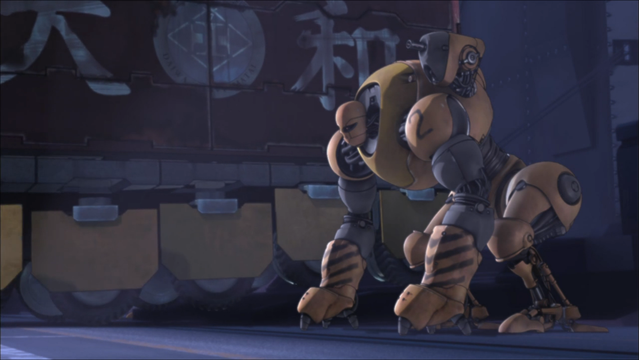 Some day, some well-meaning egghead will no doubt invent an android that will watch all of our anime for us. That day is not today, though, and anime fans can still use a little aid in curating their queues. “Cruising the Crunchy-Catalog” is here to help. Each week we provide additional info and cultural context to help fans decide which series they'd like to try out, and which ones they'd rather let wash away like tears in the rain. 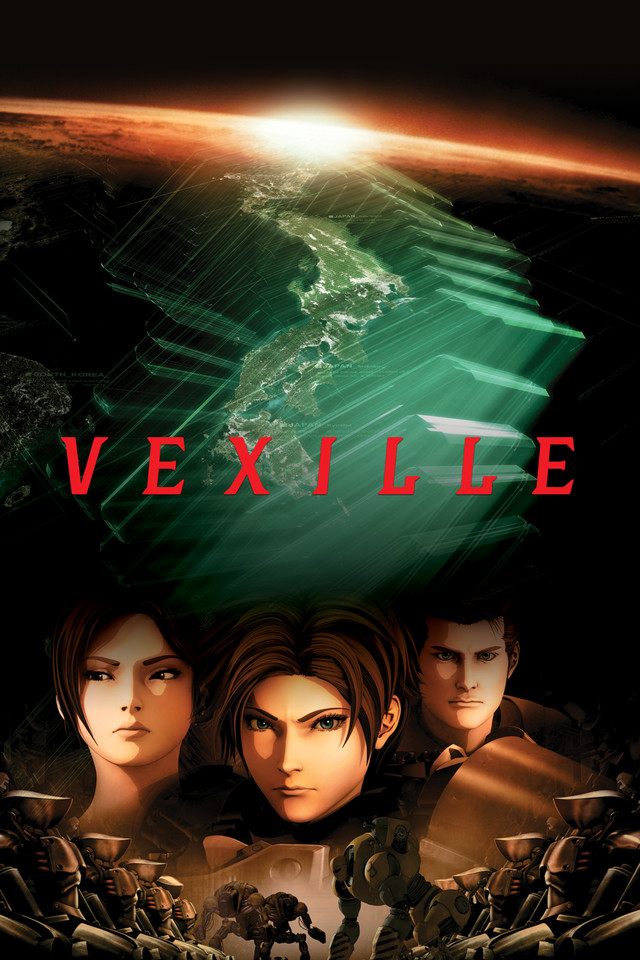 Vexille is a 2007 3DCG theatrical anime film with direction by Fumihiko Sori and animation by Oxybot. An original science fiction / action movie set in a near future where automation threatens to subsume humanity, Crunchyroll describes the story of Vexille as follows: 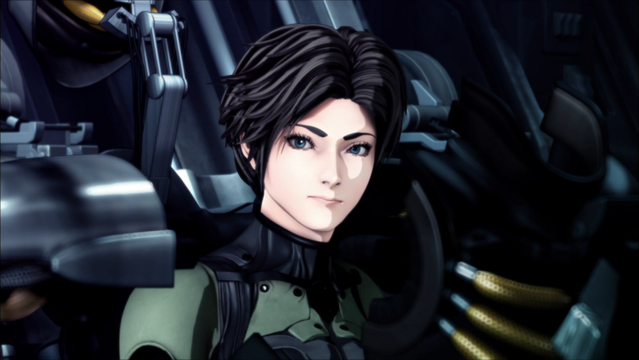 In 2067, Japan sealed itself off from the world after international policy set strict limits on the use of robotic technology. A decade later, the nation’s veil of secrecy is breached by S.W.O.R.D., an elite fighting force operating outside of the protection of the U.S. and her allies. Their mission: Determine if Japan is developing banned robotic bio-technology that could threaten humanity. 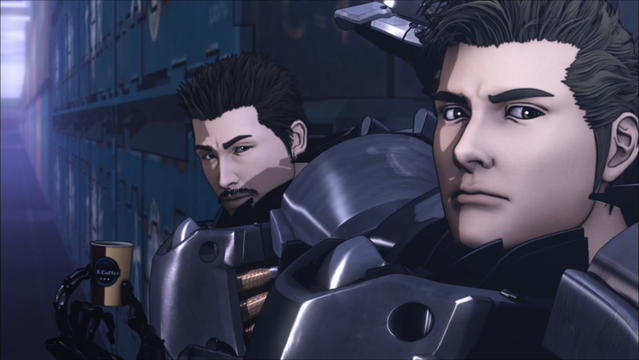 Echoing the Sakoku Edict of 1635 that sealed Japan's borders from foreign influence until the Harris Treaty of 1858 as well as the ethno-nationalistic militarism of the early Showa period, Vexille envisions a world where technological hegemony allows a single corporation (Daiwa Heavy Industries) to not only dominate an entire nation, but the vast majority of international trade as well. 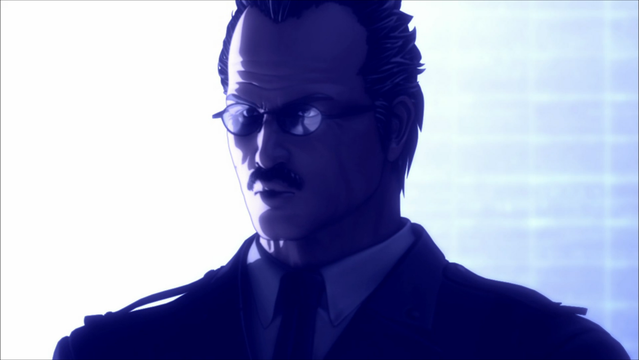 Vexille is also a rare example of an action / science fiction anime film where the members of the United States military who perform dangerous clandestine operations are portrayed as the good guys. Often the US government and military serve as a quick stand-in for "looming foreign threat", but in Vexille, S.W.O.R.D. is trying to save Japan, albeit for ultimately self-interested reasons. 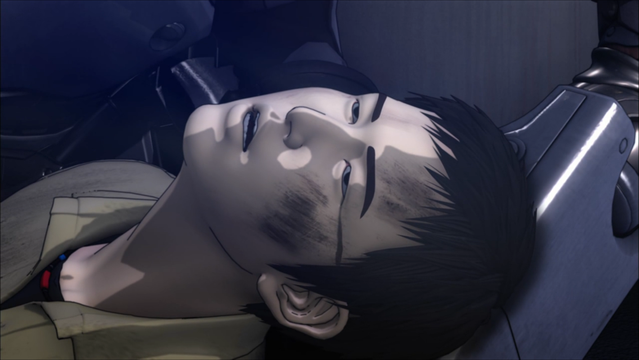 In terms of its themes and politics, Vexille comes down firmly on the side of “maybe hyper-advanced android technology isn't all it's cracked up to be.” Like similar science fiction films, Vexille questions what it means to be human by providing a vivid counter-example: entire populations of “remnants” who've had their original bodies swapped with synthetic replacements without their consent. It's a surprisingly somber meditation in a film filled with chase scenes and high tech shoot-outs.

Vexille's greatest strengths are in its high production values. The film has aged well over the decade since its initial release. Vexille's mechanical design team created some really cool looking robots, vehicles, and powered armor suits, while the animators and effects teams focused great effort into making those robots, vehicles, and powered armor suits explode in glorious fashion. Substance is important, but so is style, and Vexille has both in spades. 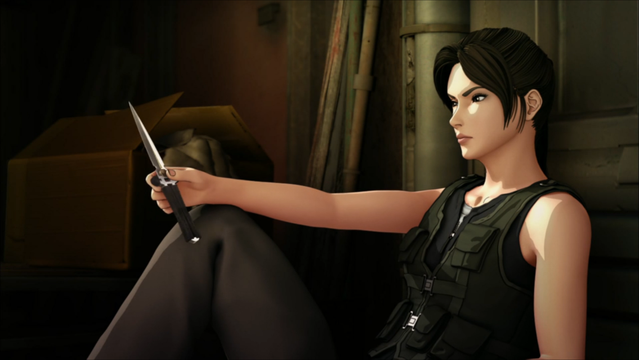 The Apple Doesn't Fall Far from the Tree.

Because both movies share several key staff members, Vexille bears a more than cosmetic resemblance to the 2004 Appleseed film directed by Shinji Aramaki. For example: Vexille director Fumihiko Sori was one of the producers for Appleseed; both films feature music by Paul Oakenfold and Boom Boom Satellites; Haruka Handa served as a screenwriter on both films; and both films feature mecha designed by Atsushi Takeuchi.

If you enjoy Appleseed, you'll also probably like Vexille, and vice versa. 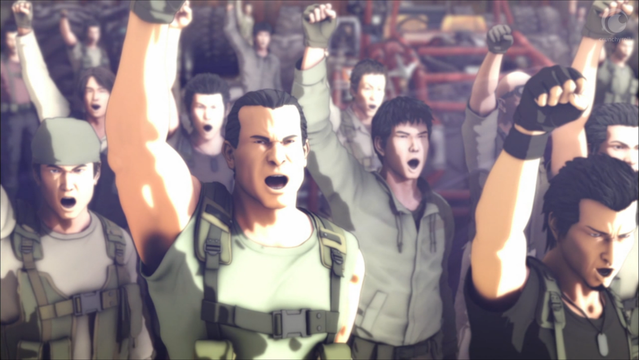 Thanks to our partnership with Funimation, Crunchyroll currently streams Vexille in the United States, Canada, Puerto Rico, Guam, American Samoa, the US Virgin Islands, the Northern Mariana Islands, and the United States Minor Outlying Islands. The film is available in the original Japanese language with English subtitles, and it is also available with an English dub and on North American home video from Funimation. 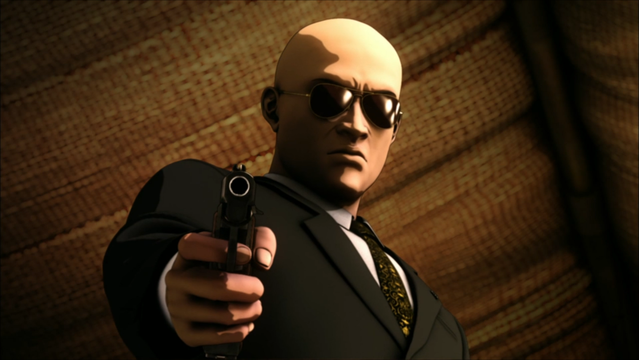 Universal Pictures announced their intention to create a live-action remake of Vexille in 2013, but so far these plans haven't materialized. In the mean time, audiences can content themselves with the original animated version. If you're in the mood for spectacular action set pieces interspersed with ponderous themes to chew over, and the film is available in your area, please consider giving Vexille a try. 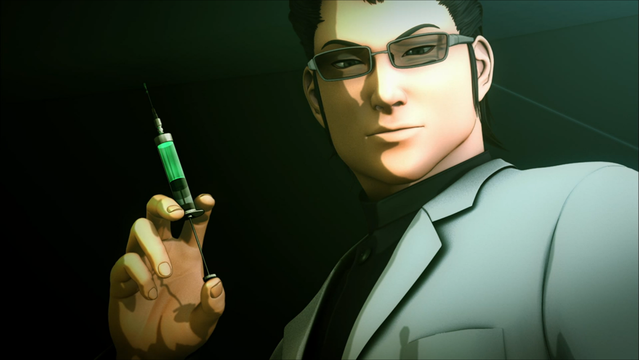 Tags
cruising the crunchy-catalog, vexille
« Previous Post
"Is the Order a Rabbit?" Bounces Into Theaters with New Key Visual
Next Post »
"Welcome To The Ballroom" Anime Prepares For Second-Cour With Cast Additions
Other Top News
1 Comment
Sort by: