This week, The Hook travels back in time -- in more ways than one -- to explore two new catalog shows that bring ancient sword-swinging action to your binge-watching schedule! 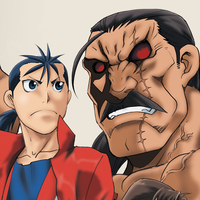 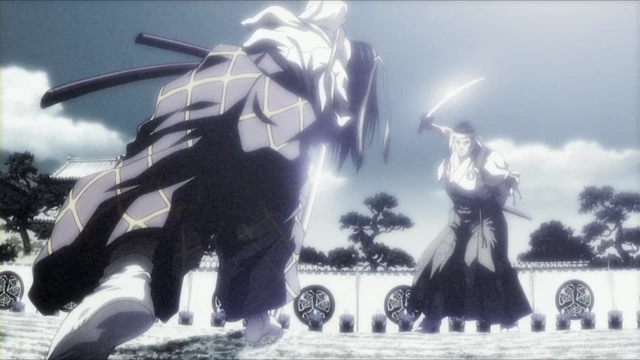 Count down the days 'til the fall season with a catalog marathon! If you're looking for some old-fashioned action, our new additions definitely deliver. This is an especially good week for fans of Fullmetal Alchemist... and fans of seriously high-end blood-and-guts samurai swordplay. 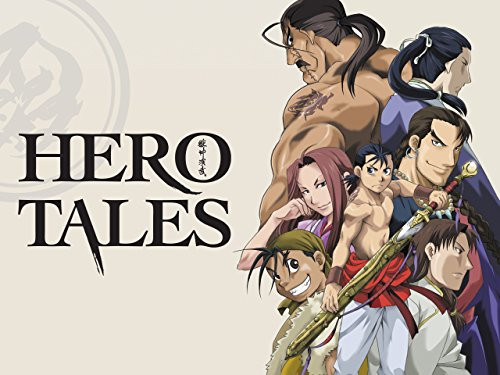 It doesn't take all that keen an eye to place the art style of Hero Tales -- the 2011 anime is based on the manga of the same name by Fullmetal Alchemist creator, Hiromu Arakawa, who was also on the writing team. This alone should give you an idea of the level of action you can expect.

The hero of the period piece is Taito, a young man who shows himself within the first few minutes of the first episode to be a truly great reincarnated warrior. In particular, he is the incarnation of the war god Alkaid... but he's also young and untrained. This is a big problem when he first meets up with his polar opposite, Keiro -- the incarnation of Alkaid's rival Dubhe.

The first episode sees Taito not faring terribly well in his first battle, losing the legendary sword of his temple to Keiro. His recuperation alongside his adopted sister Laila is short-lived, as she is abducted and mind-controlled in order to bring out Taito's anger.

The Hook: Taito, as his foes correctly observes, grows angrier at injustices committed against his loved ones. Why is Laila brought into this? To see how good Alkaid is when he cares. And by the end of the first episode, we see that the untrained Taito definitely has some serious power latent within him.

Who Is It For: Fullmetal Alchemist fans will definitely want to give this a look, to see more of Arakawa's work. But if you're a fan of shonen anime or historical dramas, you might want to dip in. The entire series is a self-contained 26 episodes, so you can burn through it in a few committed sittings.

Hero Tales is available to watch in its entirety. 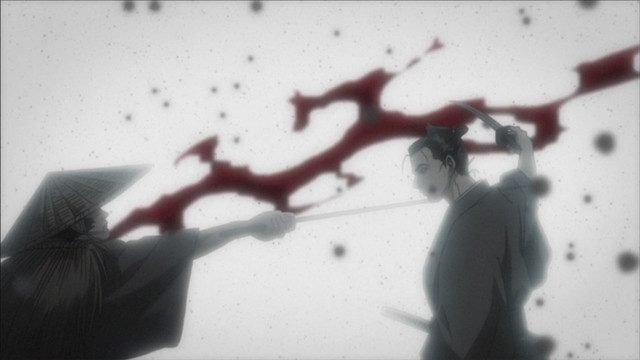 Hi, kids! Do you like violence? Tuck into this one, then, because the first episode kicks off with a guy giving a speech while pulling out his own intestines.

The 2007 anime series is based on the Shigurui manga, which is in turn based on the first chapter of a novel by Norio Nanjou. It begins with a daimyo insisting (despite a man literally spilling his guts to argue otherwise) that samurai use real swords rather than bokken in an upcoming tournament. When the day comes, the first two competitors step up: a one-armed man and a blind man.

Not a lot of action takes place in the first episode... not in the present, anyway. But a flashback shows us that these two -- the one-armed Gennosuke Fujiki and the blind and crippled Seigen Irako -- have quite a history already. And though this is the beginning of the series, what we first witness is clearly the end of a very long, very gruesome association.

The Hook: The chambara series is gruesome, bloody, and unsettling. Ears, eyes, and noses hit the ground before the end of the first episode. But the actual swordplay is quite slow-paced, with much of the "action" being either stances or grips that are brutal in their stoic nature. This isn't slapdash action; this is hardcore.

And there's far more to the show than just the two samurai. Two women in attendance, Mie and Lady Iku, seem to have very strong feelings concerning who should win (or, more importantly, who should die).

Who Is It For: Obviously, if you can't stomach gore, do give this one a miss. Shigurui strives for detail and realism, and they do achieve it. The gore is intense... so if you aren't down with that, stick to Hero Tales this week. But if you're a little grim and a little gruesome and you love a slow-burn rivalry story, jump on.

Shigurui: Death Frenzy is available to watch in its entirety.