The Tenacity of Traditions in Kino's Journey

The world of Kino’s Journey is one of anachronism, both technologically in the sometimes-fantastic scientific achievements existing alongside archaic devices and homely cottages, as well as philosophically. Old ideas exist alongside modern cultures and technologies, traditions whose origins and meanings have been lost to time but are unquestioningly passed down through each generation. Ideas have inertia--Kino acts as our outsider’s perspective looking into these strange, isolated societies with a passivity that invites the audience to judge each of them for themselves. Their acceptance of all they encounter also allows us to appreciate these anachronisms for what they are, or what they were intended to be, regardless of the consequences they bring about. 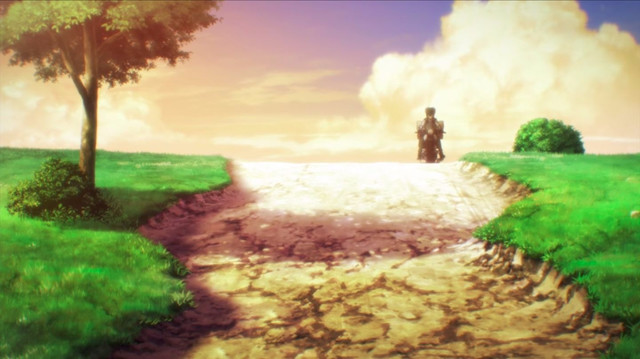 This dynamic is also true of Kino themself. Over the course of the series, we're introduced to the traditions of the travelers in Kino’s Journey. Rather than an outsider to this world, Kino is revealed to be a member of yet another unique culture dispersed across the world and passed down from master to apprentice. We’re provided with the context for three traditions which, to the travelers, carry the same air of practicality possessed by those of the societies they visit. In this longer reveal we’re given a more personal introduction, potentially even to the inception of a new tradition by Kino. In this way we’re given the perspective of an individual existing within one of these traditions, and why they might have such longevity in this strange world.

The most noticeable tradition among travelers is moving in pairs. Although being a wanderer like Kino is a lonely existence, each traveler we meet with Kino always has a partner. Shishio and Aibou may be the best example of this, and show the longevity of the tradition, traveling as partners well before Kino ever set out on the road. Shizu has an odder arrangement with Riku, a talking samoyed dog that rides along with him wherever he goes. Kino’s is odder still, with their traveling partner being their vehicle itself. Hermes, a motorcycle that can speak, acts as both companion and mode of transportation to Kino. The two have a symbiotic relationship, with Hermes providing speed and Kino providing balance, a meaning much deeper than the simple mechanics of riding a motorcycle. In a dangerous and unpredictable world, a partner you can trust is a necessity of survival. 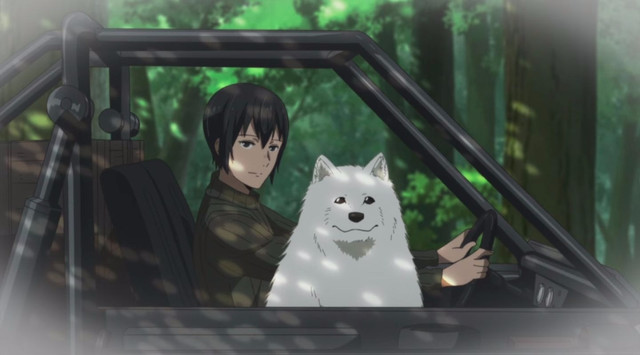 The second tradition is in how travelers treat their own identity. The names and pasts of travelers are sacred to them, ones which are chosen and never questioned. Shisho (“master”) was adopted by its owner after she mentored Kino’s predecessor and so became the name Kino came to know her by when they were trained in combat under her. Aibou (“partner”) was so called because that is what he was to Shisho. Kino’s own name was inherited by their predecessor, a memento and a legacy to live up to. The travelers in Kino do not inquire about each other’s pasts, and rarely entertain questions about their backgrounds from others. Their pasts tie them to their point of origins, static locations they broke free from to explore the world. They look forward to the road ahead of them rather than the path already travelled.

The final tradition is one that may be unique to Kino themself. Kino never stays in any one place longer than three days and two nights. Kino claims that everything important can be learned about a place in three days. To someone who wants to see as much of the world as possible, setting a pragmatic limitation like that makes sense, but the real reason is more cautionary than calculated. Any longer and Kino risks forming attachments, getting caught in the rhythm of the daily lives of town’s inhabitants. Among the sometimes dangerous cultures Kino encounters, the security this practice offers is obvious, but it also protects Kino from something else: the urge to settle down, trading the uncertainty of the road for a smaller world is a danger all its own. To stop and put down roots is the death of a traveler. 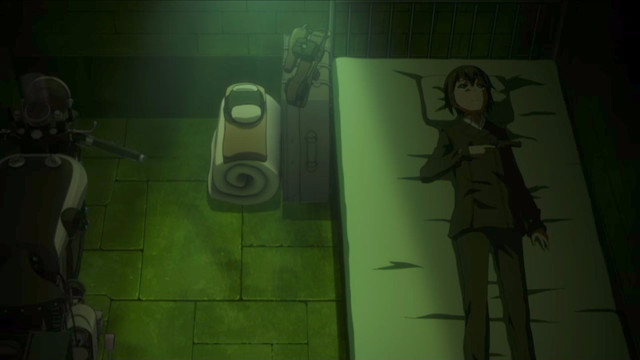 The ability of traditions to maintain themselves approaches a supernatural animus. There’s an unmistakeable cycle in the world of Kino’s Journey, as if fate itself moves humanity down the same well-trodden paths of previous generations, from the passing of the previous Kino’s name and partner to the Kino we know, their training under the same master, and an echo of Kino’s childhood encounter with their predecessor in a girl named Sakura. With the passing of years Kino’s own Three-Day Rule may one day find its way into this same set of traditions passed down among travelers.

Kino provides their philosophy of the world as “The world is not beautiful. Because of this, it is beautiful.” Travelers and stationary cultures may look upon each others' traditions as novelties, and the justifications for either is up to the observer, but whether or not they help or hurt they speak to a greater theme in the world of Kino’s Journey. It’s a world where the events of the past leave an unmistakable impression upon the present. In traveling with Kino, we can appreciate their reasons for wanting to discover more about the world and these legacies which can effect and fascinate us. Whether good or bad, there is still beauty to be found.