Life After Failure in "Sakura Quest"

Can you still find happiness even if you don't fulfill your childhood dream? 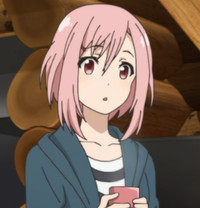 Life After Failure in "Sakura Quest"

Since its very first promo video, Sakura Quest has been drawing comparisons to SHIROBAKO, and it's easy to understand the impulse. Both are produced by P.A. Works, have similar character designs by Sekiguchi Kanami, and focus on five young women in the workplace. In a way, they're also both about what happens after the credits roll on a typical high school anime, providing a refreshingly honest portrayal of the sometimes harsh realities of adulthood while still maintaining a relatively upbeat, optimistic tone.

Those “harsh realities” are where the two series diverge, though, because while SHIROBAKO focuses on what happens after people land their dream jobs, Sakura Quest is attempting something a bit trickier: what happens if they don't? Can you still find happiness even if you don't fulfill your childhood dream? What does life look like on the other side of failure? 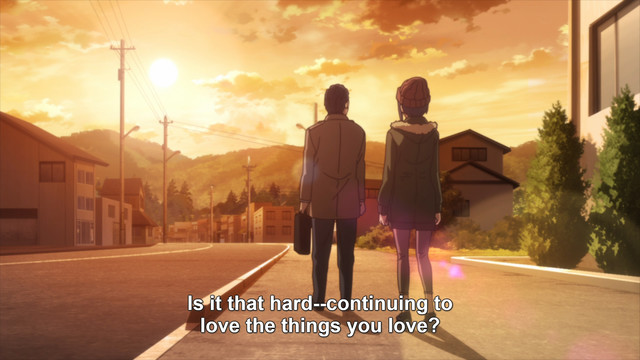 While not every character's story centers around overcoming disappointment, there's a recurring clash between “where I imagined myself” and “where I am now” that continues to pop up throughout the series. Yoshino sets the tone in the first episode when she “settles” for a one-year contract with the Manoyama tourism board—a job she eventually grows to take seriously and even love. Many of the city's residents have had similar journeys, as people who dreamed of glamorous careers as rock stars, heroes, or trendy cafe owners now live “normal” lives as shopkeepers, bus drivers, and booksellers.

Yet nowhere is this conflict felt more keenly than with Maki, the young woman who moved to Tokyo to become a professional actress, fought for bit roles while working every part-time job under the sun just to make end's meet, and eventually returned to Manoyama, exhausted and directionless. 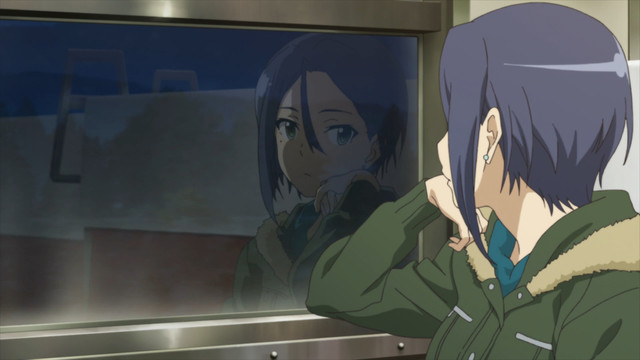 When the series begins, Maki's at what she later calls her “lowest point,” so sick of acting that she doesn't even want to be reminded of her previous career. She snaps at people for calling her “the Oden Detective” (a reference to a minor role she had on a popular TV series) and initially refuses to get involved when a film crew comes to town. The sting of failure is so sharp that she's actively antagonist towards the dream she's had since childhood.

Over time, though, as her bitterness fades (thanks in large part to the support of her coworkers, family, and friends), she comes to remember and acknowledge how much she loves acting. She even pushes through her fear of failure and returns to Tokyo for one last audition, a final shot at getting her big break. 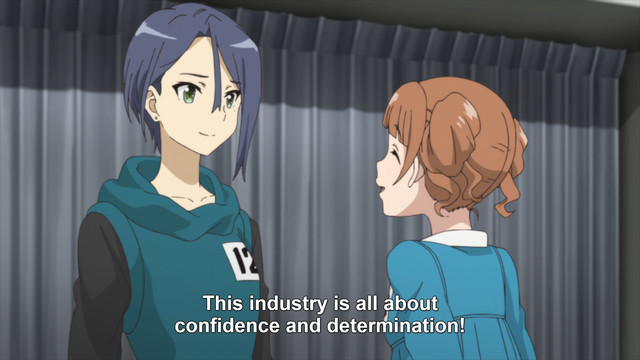 It's the kind of plot point that most series would use as a way to reward a character for their persistence. Maki overcame her earlier failures, fought through adversity, and now all those struggles will pay off, right? Because surely if you just try really hard and never give up, then you'll achieve your dream, right?

Sadly, life in both Sakura Quest and the world outside the fiction aren't nearly so idyllic. Maki doesn't even make the callback. She returns to Manoyama, declaring her acting career officially over. Practically and emotionally, she just can't keep scraping by on part-time work in Tokyo. She did her best to make it work. Now she has to try something else. 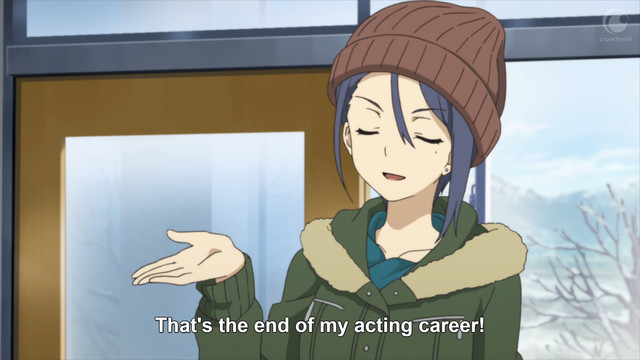 Maki's story doesn't end with that “lowest point,” though, anymore than our own lives do after a major disappointment or setback. She's upset, of course, but her time in Manoyama, the support of her friends, and even this final audition have helped her realize she still loves acting as much as she always did. No matter where she is or what she's doing to pay the bills, that passion won't change.

So, instead of giving up entirely, Maki decides to start a theatre troupe in Manoyama. Just because she isn't acting professionally doesn't mean she has to stop altogether, after all. Like so many of the characters in this series, Maki finds a compromise between what she wants and what she can actually control. She looks for a way to keep doing what she loves, both outside of work and during it, finding satisfaction and even joy in a life without professional acting. 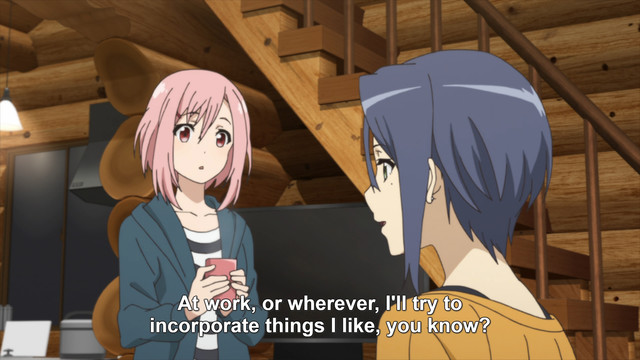 Sakura Quest is brutally honest about the fact that not all dreams come true the way we want, but it also reassures its audience that failure isn't the end of the world. Maki, Yoshino, and many of the longtime residents of Manoyama may not be “livin' the dream,” but they aren't miserable or pathetic just because their lives didn't go the romanticized way they'd imagined as kids. Whether it's through a new career, a hobby, a family member, or a friendship, they've all found a measure of happiness and pride in what they do and who they are.

There's a tendency in fiction to focus on stories of people beating the odds and finding success in difficult dream jobs, like becoming a famous actor or professional athlete. We need inspiring stories like that, of course, to help us find the courage and persistence to take chances and push through adversity. But when practically every story is about success—and not just success, but professional success—then if you don't beat those odds, it can start to feel like you've failed not just at a career, but at your life altogether. 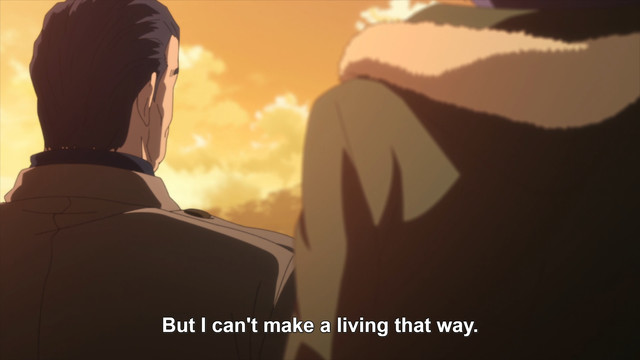 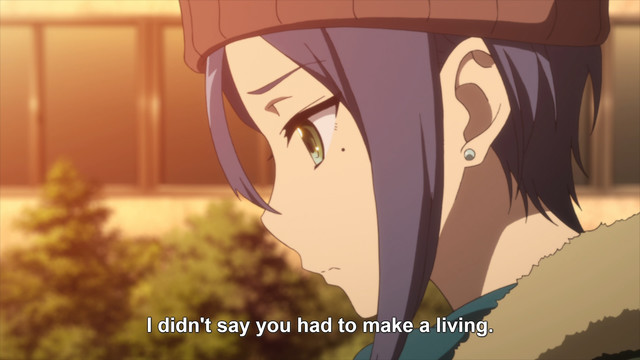 The focus on professional success starts to leak out of our fiction and into our everyday lives. We place so much significance on monetary gain that we act like there's no value or worth in doing something for free and for fun. Now, obviously people should be paid fairly for services provided, whether that's flipping burgers, managing finances, or writing anime thinkpieces for popular streaming sites (ah-hem). But there's nothing wrong with doing something solely because you love doing it, either.

That's why we also need stories like Sakura Quest, to reassure us that there's a life on the other side of our childhood dreams; that while we should always give it our best, there's no shame in failing; that people are more than their careers; and that our passions are more than our professions. 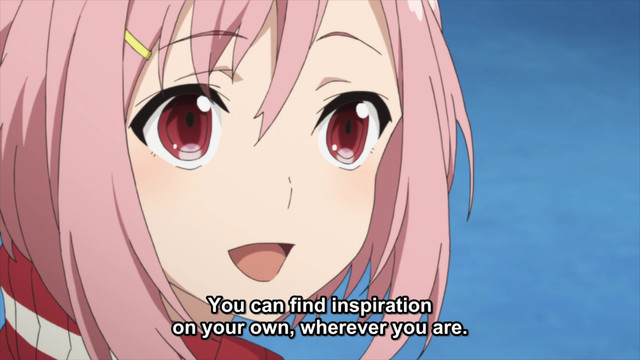 It's not a “waste of time” to come home from a day job and write a one-shot Pokemon fanfic. Someone isn't “a failure” because they're starring in a community theatre production of The Sound of Music instead of the Broadway revival, or pitching for a local softball team instead of playing in the World Series.

Success is relative. Fulfillment is, too. Sakura Quest was a welcome reminder of that each week, particularly as someone who's also trying to strike that balance between passion and practicality (I regret to inform you that writing about cartoons is not my full-time job, and probably never will be, if I'm being as brutally honest as Sakura Quest). It resonated and comforted in equal turns. While it was never as riveting as its energetic anime cousin, much like Maki's local plays or Yoshino's queenly tasks, it's a series that still stands tall on its own, offering a modest sort of joy, an everyday kind of inspiration. I'm gonna miss it now that it's gone. 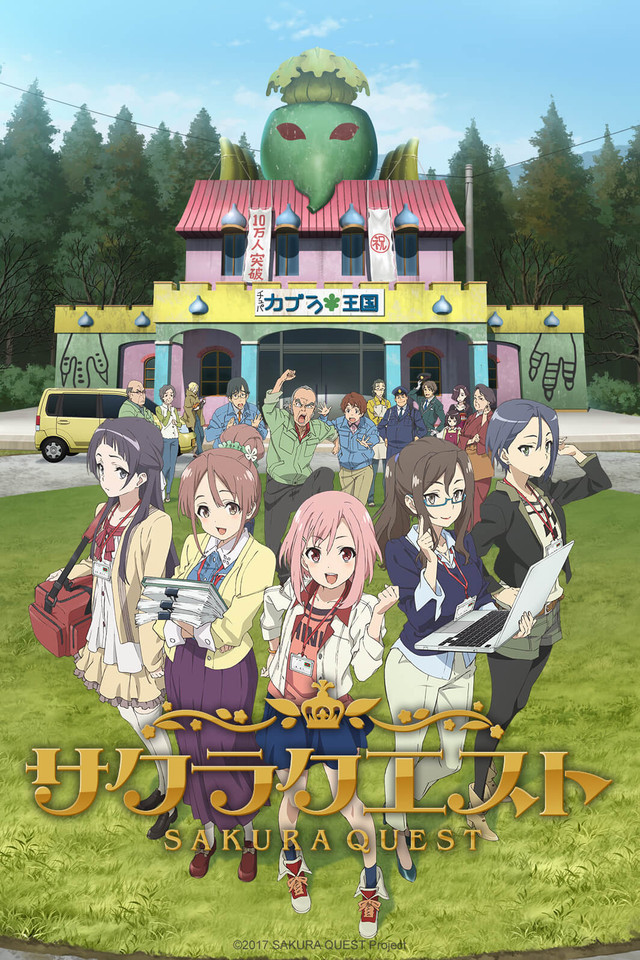 Sakura Quest is available for viewing now on Crunchyroll

My Own “Sakura Quest” – Exploring the Real Life Manoyama [Part 2]