Take another look at the real-world locations of NEW GAME!! 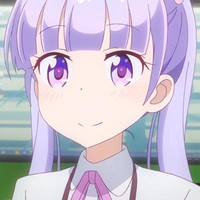 Another fantastic game by Eagle Jump has made its way onto store shelves all across Tokyo, meaning another fantastic season of NEW GAME!! has come to an end. The cute workplace comedy managed to retain all of its strengths from the first season, like its highly likable cast and great production values, and even stepped it up with some serious character development throughout the new season. And that's not to mention that the gaming company’s new original IP, Peco – a game where you cut open all sorts of plushie bears with your golden scissors and slip into their skin to gain their powers, all in cute anime graphics – looks like a blast to play. In fact, I’m a bit sad that none of the Eagle Jump games actually exist, but at least I can visit the studio’s building in real life!

In case you missed it, here’s my first article about the real-world locations of NEW GAME!!

Let’s start with a couple more shots of the Eagle Jump building’s real-world model, the New-AD building in Asagaya Minami, in the Suginami Ward in the west of the Tokyo metropolis. While the exterior of the building matches up almost perfectly with the anime’s version, there’s unfortunately not a real gaming company located inside, but an advertising agency called New-AD.

I’m really quite fond of how colorful the building looks in the anime, so I was delighted to see that the different colored balconies are also there in real life. It has to be a really cool feeling to go to work there every day if you’re a fan of the anime.

There’s an ophthalmologist in the ground floor of the building in real life, but it’s a dentist in the anime.

The store next to the Eagle Jump building is a Yakult store. It’s unfortunate that I forgot to take a peek inside, because I don’t think I’ve ever seen one of those.

In the fourth episode, Yun, out of the goodness of her heart, invites Hajime to see the final live show of “Moon Ranger.” The show is being performed at the fully booked Tokyo Dome City Hall, which can seat over 3000 people in real life.

Please don’t ask me what the weird looking sculpture is on the right side of the picture; I honestly don’t know myself. Since the Tokyo Dome baseball stadium is located close by, my best guess would be a baseball glove, or it could also be an abstract representation of Hajime’s…

The red “Sky Flower” to the right is part of the Tokyo Dome City Attractions amusement park, which is next to the Tokyo Dome. I couldn't find anything about the event that was advertised on the green banner here, but it surely can’t compete with a “Moon Rangers” live show.

The main entrance of the Tokyo Dome City Hall.

These next five images were taken with Google Street View and will be marked as such. Aoba and Nene meet up with their childhood friend, Hotarun, in front of Yoyogi Park. They never actually go inside of the park, but instead head to the café across the street to play Nene’s new game.

Family restaurants seem to be the go-to place for gamers and game makers alike this season. Amano and Aguri from GAMERS! regularly meet up at Jonathan’s, while the Eagle Jump employees seem to prefer Denny’s.

And let’s end the article with a few pictures of my own, like the roof of the Asagaya Pearl Center Shopping Arcade here.

In the final episode, the Eagle Jump employees head to the Tsukiji Nihonkai izakaya in the shopping arcade to hold a nomikai in celebration of the release of their game.

Here’s to another great season of New Game!! I hope the anime will get a third exclamation mark added to its title soon, where we’ll hopefully get to see Ko working at Ubisoft in France.

What kind of game should Eagle Jump tackle next? Sound off in the comments below.