The Viewtiful World - How is Kino's Journey a 'Slice-of-Life' Anime? 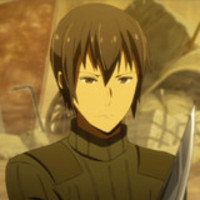 Even though the term dates back to Jean Julien’s early-1900s essay Le Théâtre Vivant (The Living Theater), I think of the ‘90s comedy Seinfeld whenever I hear “slice-of-life.” Seinfeld was purportedly described/pitched by its creator as a show about nothing, but it really isn’t about nothing. It’s about people and their moments between the points that define the human condition. Each episode pokes fun at the eccentricities behind each character to affect all of us who identify with or harbor those traits (or some portion/variant thereof). This is far more an important function than the term lets on.

Through slice-of-life execution, audiences perhaps see themselves a bit clearer in stories stripped of some grandiose narrative with which they cannot or do not want to identify. To put it more succinctly: people can watch personified traits and more easily discern the parallels between themselves and the characters to sympathize and gain perspective/empathy. But the term slice-of-life does not necessarily denote simplicity. The western anime community seemed to raise the term slice-of-life to prominence to describe cute-girls-doing-cute-things shows in the early aughts, but the term “slice-of-life,” while presently largely associated with comedies, is equally applicable to other (sub)genres.

Kino’s Journey -the Beautiful World- is a series of vignettes connected by roads and the motorad-straddling traveler who rides them. To call this series slice-of-life would not be incorrect, but the connotation that term currently carries, especially from the perspective of a western anime fan, does the series a grave disservice. This series, as I defined in an earlier post here on Crunchyroll, consists of “self-contained, anthropological moral tales dripping with Romantic and Buddhist influence” – not necessarily what one might think of when the phrase “slice-of-life” drops into conversation. But what is anthropology if not the examination of a slice of life?

This is exactly what viewers get when watching Kino and Hermes observe the countries they come across. Every locale visited by the travelers reaps another comparison – to the town from which they originated and to each community they’ve encountered along their journey. In the first anime adaptation, there’s great diversity in the situations presented – each of which challenges viewers’ experience-based morality to varying degrees. In most instances, none of this is brought about by anything other than observing that town’s people being townspeople. And the variance is palpable.

Unlike the comedic catharsis proffered via similarly labeled series, Kino’s Journey presents situations on which to chew that might just break teeth. The stories throughout are soaked in the sadness of mankind’s fallibilities, but the strength throughout the whole is Kino’s resolution to passively observe and not settle down. To the viewer, this offers some comfort of knowing they will be moving on, but to Kino, this is something that has to be lived through for at least three days. Since the audience doesn’t get the respite afforded from the long roads in-between, that also means the audience is burdened with lesson upon lesson if marathoning. (Tip: Kino’s Journey is one series, like Mushi-shi, to watch an episode of and let it sink in rather than marathoning.)

The term slice-of-life, when applied to anime, gets a bad rap these days, but that’s because most people aren’t thinking of simple drama as such. Doesn’t a lot of what is considered to be academic literature and poetry fall under that umbrella? Everyday life comprises the majority of experience after all, so why shouldn’t it be considered just as effective a well from which to draw inspiration and provoke sympathy or empathy? Kino’s Journey simply relays the perceptions of a fictional traveler so that viewers might compare their situations and values to those of the characters and draw their own conclusions. The road before you is open. I suggest staying a few episodes (at least) to take it all in.

As contributing editor over at Ani-Gamers, Ink writes and edits articles and reviews pertaining to anime, video games, conventions, and manga. He also co-hosts the Oldtaku no Radio podcast. His reviews and analyses can also be seen periodically within the pages of Otaku USA magazine and online over at Fandom Post.
Tags
kino's journey, animated ink
« Previous Post
Matsuno Brothers Get Chatty as "Oshaberi NEET" Dolls
Next Post »
Studio And Character Designer Celebrate Birthday Of "Madoka Magica" Heroine
Other Top News
1 Comment
Sort by: