Three titles this season that appeal to the wanderlust adventurer!

Today let's explore some of the new season's most fanciful and adventurous offerings! 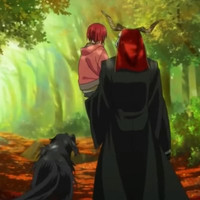 Hey everyone! The fall season is now in full swing, and with it comes all manner of enticing new anime. From the gleefully over-the-top death games of Juni Taisen to the cozy appeal of Konohana Kitan, there’s already a whole lot to enjoy this season. But what about shows that take you somewhere utterly beyond your day-to-day life - shows that carry us over teetering peaks and through shrouded forests, forever tempting us with the view beyond the horizon? Today I’ve got three new shows that appeal to the wanderlust in all of us, embodying the fantastical possibilities only anime can provide!

A Sudden Skirmish on the Dusty Road: Black Clover 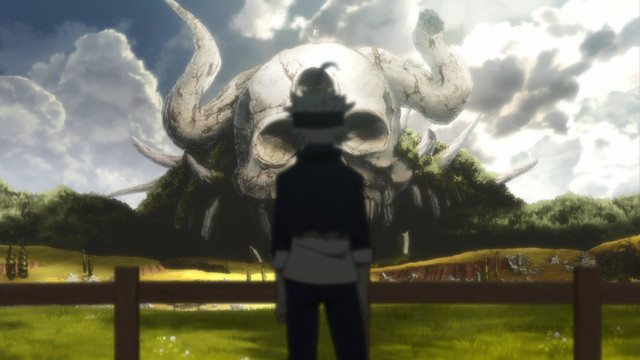 If you’re heartbroken by the gap between My Hero Academia’s second and third seasons, Black Clover just might be the adventure for you. Starring the two orphans Asta and Yuno in a world where your magical aptitude can dictate your very life path, it’s a classic shounen adventure in a beautifully realized universe. As the rare person with no magical potential at all, Asta seems doomed to never accomplish anything - but by the end of this first episode, he’s come to know a power he could never have expected. If you like your adventures full of shows of strength and daring duels, Black Clover’s already demonstrated some high-tier action chops. But more than anything, the appeal of its first episode is its gorgeous world, a strange place its heroes are sure to conquer. If you’re looking for adventure in a sturdy Shonen Jump-style shell, Black Clover is here to provide.

The Fairies Call, But You Must Never Follow: The Ancient Magus’ Bride 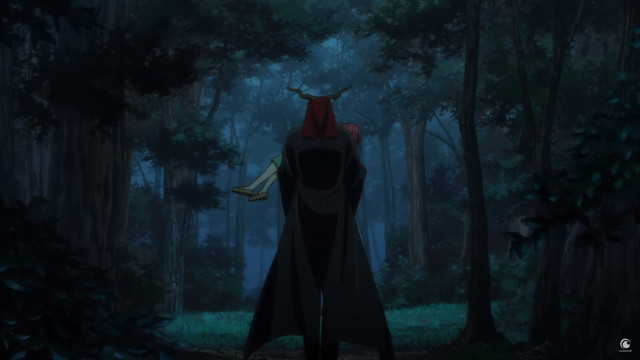 The Ancient Magus’ Bride focuses on a very different style of fantasy from Black Clover. Centered on the English countryside, this adventure is the stuff of old nursery rhymes and cautionary fables. Our heroine Chise is a “sleigh beggy,” a creature of limitless magical potential, who is sold at auction to the foreboding mage Elias. Taken in as an apprentice by Elias, Chise comes face to face with alchemists, fairy folk, and creatures altogether beyond reckoning. From the bracing peaks of a dragon aerie to the cold of a lake touched by a murderer’s curse, Chise’s adventures will test and dazzle her, forcing her to master her own double-edged powers.

Magus’ Bride’s source material is blessed with a variety of strengths, from its evocative backgrounds to its mundane magic-world details. But the show’s heart is the relationship between Chise and Elias, a strange apprenticeship that develops into a desperate, sometimes terribly destructive family. Chise and Elias’ world is simultaneously starkly alien and intimately warm, appropriate for a world based on the violent shadows of English folklore. If you’re looking for a whimsical adventure in a beautiful new world, Magus’ Bride is a must-see.

My Wheels and These Hills, My Only Home: Kino’s Journey 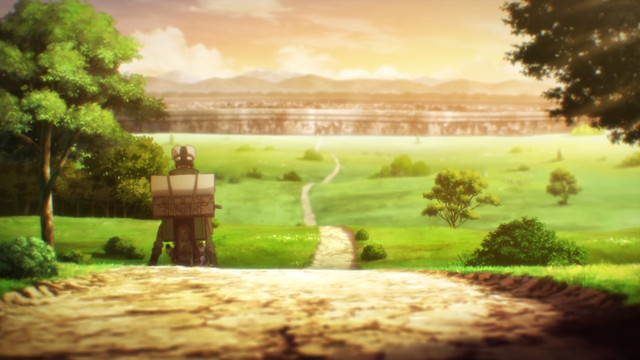 This land is a wonder, but Kino has made a pact: three days only in any one country, then I’m gone. Riding their motorcycle Hermes from strange land to stranger destination, Kino observes a variety of customs that reflect on our fundamental humanity. The first Kino’s Journey was a terrific travelogue adventure, taking them from lands where books were banned as dangerous contraband to places where wicked kings ruled over ruthless coliseums. All through these places, Kino acted as a quiet observer, letting the culture of these places broaden their understanding of humanity at large. They will act if they must, but there is little time - three full days and they’ll be gone.

Kino’s Journey is a thoughtful mix of adventure, slice of life, philosophy, and even a little action. The countries Kino visits work equally well as strange lands in their own right and as reflections on human nature, tiny philosophical riddles. The show’s rolling hills and rustic towns evoke a journey through the Italian countryside, or the faux-European pastoral of Haibane Renmei and Spice and Wolf. And Kino is a terrific character, a dedicated observer who nonetheless has their own fierce moral code. There are few adventures more satisfying than riding along with Kino.

These three aren’t the only adventures worth pursuing this season, but they’re a fine place to start. Sound off in the comments on whatever other adventures you’ve discovered. There’s always a new journey waiting on the horizon!

Tags
black clover, kino's journey, the ancient magus' bride
« Previous Post
Crunchyroll to Stream "Time Bokan The Villains' Strike Back," "Anime-Gataris," and "Wake Up, Girls! New Chapter"
Next Post »
Get Ready For A Kinky Psycho-Thriller As "Slave District - Me and 23 Slaves" Anime Adaptation Announced
Other Top News
1 Comment
Sort by:

The Authors of DanMachi & Kino’s Journey Exchange Theories on the Creative Process!