Getting Hyped for RWBY Volume 5!

Here are 5 good reasons to be excited for RWBY Volume 5! 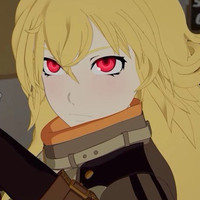 With the premiere of RWBY Volume 5 dropping on VRV today (it'll be on Crunchyroll next Saturday), I thought it would be a good time to talk about why I’m excited for the return of Rooster Teeth’s delightful action-adventure show. Having followed RWBY since the very first trailer appeared on Crunchyroll back in 2013, it’s pretty amazing that we’re here more than four years later watching the fifth installment of a production that’s become a global juggernaut of popularity.

But before we get into that, here’s the season 5 trailer for those of you who haven’t have the chance to see it yet.

As you can see, Volume 5 seems to promises to continue down the path Volume 4 began with the story, but there are lot more reasons to be excited for what the newest RWBY may be offering than just that. My overall experience with RWBY has largely been defined by the pleasures of watching a creative team continually hone their craft from season to season, and I see no reason that Volume 5 should be a change in that regard. So, with that said, what can we expect from RWBY Volume 5?

The Writing of RWBY: The Stakes Get Bigger

As I wrote last year in during Volume 4, RWBY is a show that’s gotten more and more interesting as a story as time has gone on. You can read my full thoughts in that article, but with the show really finding its dramatic and emotional feet during Volume 3, Volume 4 was an opportunity to build on the consequences of Volume 3’s cataclysmic ending—both in terms of character arcs and the larger plot. Although I enjoyed the first two seasons of RWBY, Volume 3 felt like a clear step up in the effectiveness of its blending of the personal and the epic.

Volume 4 took some time to cooldown, with larger forces conspiring in the background as our heroines try and make sense of their lives after the destruction at Beacon. Although little of consequence actually happened in Volume 4, there were a whole lot of pieces shifting in the background that portend more drama. Personally, I’m hoping for more in the line of Volume 3’s suffering (a sentiment Ruby’s voice actress apparently agrees with) to accompany what the creative team says will be a season about “picking yourself back up and getting stronger.” Regardless, there are sure to be some wild twists and turns—and I am ready. 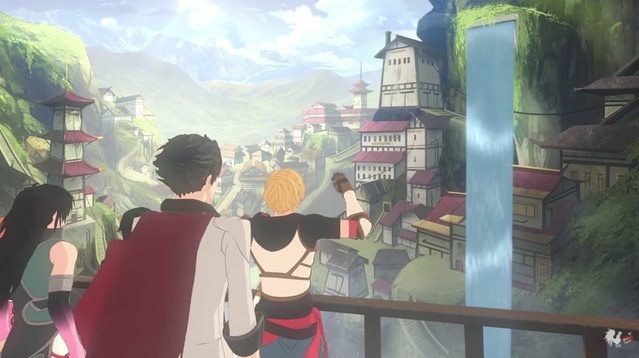 The Art of RWBY: The Power of Technology

When I last wrote about RWBY, I talked at length about the evolution of the show’s visuals over the years. With the switch to Maya for Volume 4, Rooster Teeth opened doors to levels of visual sophistication never possible before, making often genuinely impressive use of their new technology to the show’s artistic benefit. As an artist myself, it’s fascinating to contemplate the ways technology can enable and diversify artistic efforts, and, as my essay explores, I think RWBY is a fascinating example of the relationship between art and technology in action. While the early seasons of the show looked perfectly serviceable, it’s been wonderful to see RWBY grow beyond that into what sometimes might be called beautiful.

So, what does this mean for Volume 5? Well, as with any technology, experience breeds increased competence, so I’m really excited to see what lessons the team at Rooster Teeth learned from the production of Volume 4—and, more importantly, how those lesson manifest themselves in new techniques that enhance the show itself. 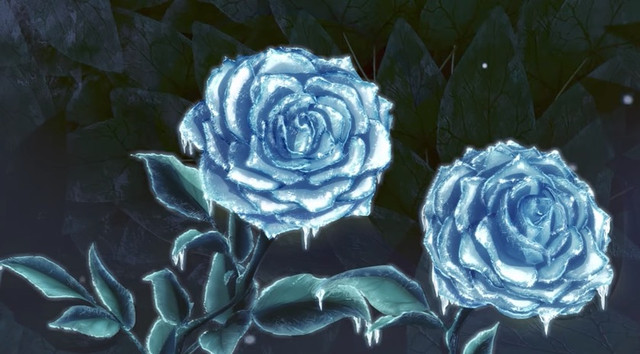 The Fighting of RWBY: A Hope for 3D Animation

It’s no secret that the sadly deceased creator of RWBY, Monty Oum, was an action genius. Although later seasons of RWBY have clearly been inspired by Oum’s style, it’s hard to replace the talents of someone who had such a clear vision for his fight scenes—and the filmmaking talent to execute them. But as RWBY has gone on, it’s been interesting to watch the way the creative team has both conceptualized the show’s fights and brought them to life.

One of the things that caught my eye in Volume 4 was the increased attention to detail in the actual animation of the show, something that was true for small character moments as well as the all-important fights. It’s the latter of these two areas that is most intriguing to me, as it seems that the new technology Rooster Teeth has deployed holds the potential to imbue their fights with an increased sense of weight, physicality, and impact. The scene with Blake I highlight in that tweet is just one example of the team and technology’s ability to do this, and I would love to see them continue to find ways to marry RWBY’s signature speedy action with a real sense of heaviness. The talent is there, and so is the technology. My hopes are high for Volume 5. 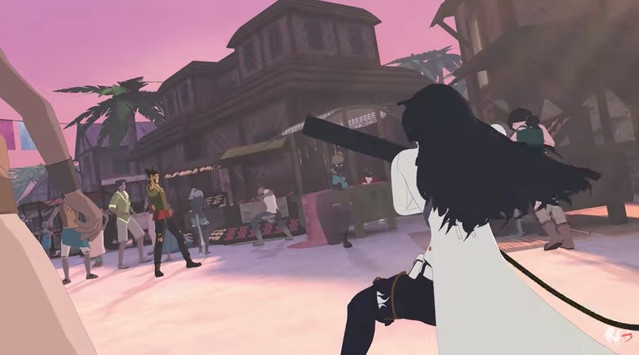 The Shipping of RWBY: Into the Depths of Fandom

In the time since Volume 4 finished airing, I have found my way into a few more RWBY fandom circles. It’s largely been a pleasant if sometimes (as is often the case when first contacting groups of superfans) baffling experience. Among the curiosities I discovered during these forays was something truly incredible: a massive spreadsheet cataloguing the many, many ships RWBY has inspired. Now, I have been in a few ship wars in my time, but I had never seen anything like this before. Not to imply that the RWBY fandom is at war, but this work of fan-created art has to be seen to be believed.

As a result of my exposure to the RWBY fandom’s incredible attention to shipping detail, I personally feel much better equipped to wade back into the stormy waters of my own ships. What are they? I’ll never tell—but let’s just say things are not looking too alive for one of them. (I’m sorry, I’m sorry.) Anyways, have a look at that spreadsheet so you too can be prepared to ship like a crazy person when Volume 5 hits. 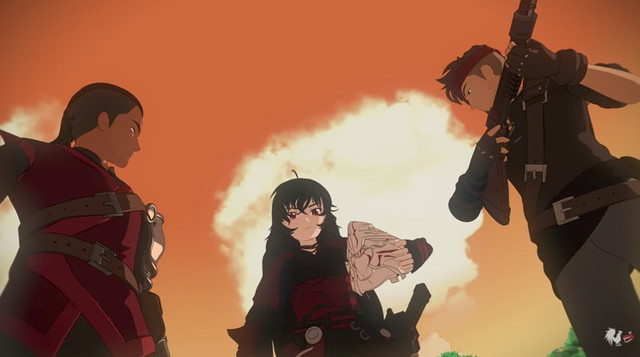 The Best Girl of RWBY: Yang is Back in Action

After having some serious highlights in Volume 3, Volume 4 found my personal favorite character of RWBY, Yang Xiao Long, relegated to some much-needed recovery time. And while I understood the need for Yang to be sidelined, it was pretty tough not having her out with the team punching bad guys like she normally does. The simplicity of Yang’s weaponry, I feel, forces some of RWBY’s most dramatically intense fighting—plus punching things really hard is just cool. Yang is cool. So I missed her.

Perhaps more importantly, though, is the fact that Yang being on the move again (whether it’s to meet up with Ruby or track down her mom) puts another narrative piece back on the board for the show. The same goes for Weiss (who while not Best Girl is still pretty good), and the hopeful reuniting of team RWBY is definitely something I’m looking forward to seeing—or at least seeing come closer to happening. 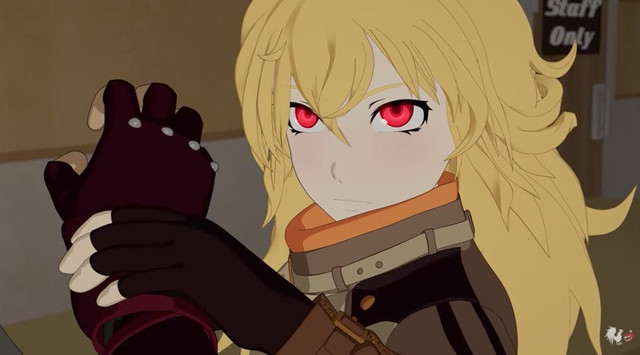 While I could go on about my hopes and expectations for Volume 5, I think it’s best to cut things off here so I can pass the ball on to you guys. What are you looking forward to in RWBY Volume 5? Chime in down in the comments!