Wonder and Terror in "The Ancient Magus' Bride"

Today we explore the menacing fantasy world of The Ancient Magus' Bride! 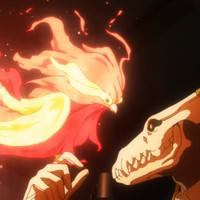 The Ancient Magus' Bride presents a distinctive vision of magic – one very unlike much magic in anime, but still rooted in a long and evocative magical tradition. Magic is not a convenient resource in Magus' Bride, nor is it a clear and immediate indicator of personal strength. It’s not a power source, a parlor trick, or a skill to be mastered through some training arc. Like something out of Shakespeare or the old Grimm’s Fairy Tales, magic here is simultaneously elusive, enchanting, and always, forever dangerous. Magus' Bride works hard to echo the tone of these classic, often horrifying stories, and thus its magic operates on a different spectrum from most stories: the axis of wonder and terror. 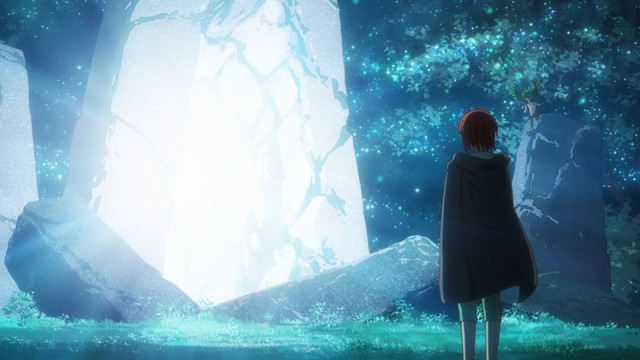 The terror and burden of magic in this world is easy to see, and clear from the show’s first minutes. Protagonist Chise does not view her ability to see strange, invisible creatures as a gift: she sees it as a terrible curse. Many stories frame magic abilities as a “curse” in dialogue, but fail to follow through in a narrative sense – these “curses” make their wielders powerful and confident from the first minute we see them. In contrast, our first vision of Chise is her emphatically declaring she has no value to herself, followed by memories of her being pushed from relative to relative. Like a medieval witch, Chise finds that “the Sight” has given her no joy in life – only suffering.

The show’s following scenes continue to frame magic as a largely menacing thing. Having the first scene of the story take place at an underground auction house is a brilliant touch. As we pass rows of strange beasts kept in cages, our and Chise’s first impression is that magic is inherently dangerous, and needs to be caged. Chise’s eventual buyer is a looming figure with an actual skull for a head, a creature who alternately treats her with inhuman indifference, cold control, and foreboding expectations. If he represents magic, then magic is clearly something to be feared.

Through the rest of this episode and the next, magic continues to present itself as an untamable source of danger. The first episode concludes on one of the most storied of all English fairy tales, the literal bedrock of what fairies are. Though Elias explains that the fairy folk are what allow people to use magic, they are clearly ambiguous creatures, and their desire to steal Chise away echoes classic stories of changelings and lost children. Chise’s nighttime walk plays out like a cautionary tale told at bedtimes: “don’t wander off into the forests, or the fairies will catch you.” Magic is the story parents tell their children to make them behave.

In the second episode, Chise’s first experience with her own magic emphasizes this danger. After the gentle Angelica offers to give her a lesson, Chise’s unknown powers produce a beautiful but terrifying field of crystals in Angelica’s workshop. The end result combines Chise’s first and more recent impressions of magic – not only is it a frightening force beyond her control, but it also reflects her own shameful nature, the strangeness in her that separated her from her own family. 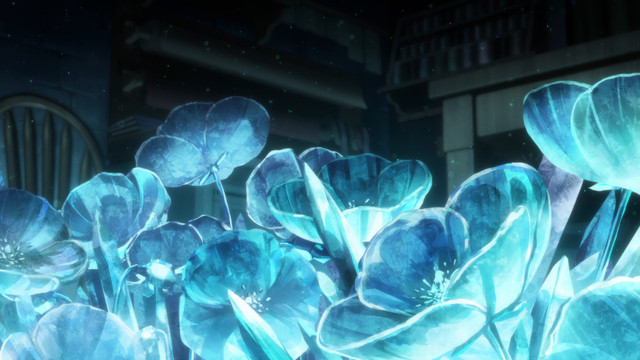 Of course, if magic were simply terrible in all regards, The Ancient Magus' Bride would be a pretty dour experience. The danger of magic here is tempered not by warmth, but by wonder – the feeling that even though you can’t control what’s happening, it’s so enchanting you can’t help but love it anyway. By focusing on wonder over control, magic here offers a clear appeal while also maintaining its air of danger. In fact, the fact that magic is so dangerous actually makes it feel that much more dazzling, and that much more impressive to contain.

Magus' Bride’s most carefully animated moments often focus on this sense of wonder. Elias summoning a phoenix is given prominent visual focus, a scene that both underlines the allure of magic and also emphasizes Elias’ own significant power. The arrival of Angelica’s familiar is given equal visual emphasis, and Chise’s chance viewing of the two in action feels like spying on something beautiful and sacred, a sentiment further emphasized through Hugo’s smirking “hush.” Magic cannot be controlled, but by capturing its untamed beauty in visual and dramatic terms, Magus' Bride makes it clear that its dangers are worth weathering. Chise may never truly be safe in this world, but from its dazzling heights to its endearing neighbors, this wild place brims with a strange allure.