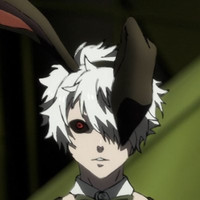 Hey everyone, and welcome to Why It Works! These last few weeks, Juni Taisen has firmly established itself as one of my clear favorites of the season, offering bloody thrills and a cast that's almost too likable for this setup. It feels like the second we’re introduced to an engaging new character, their time in the spotlight is cut short by the brutality of the show’s battle royale premise. With twelve characters and twelve episodes, it can feel like there’s barely enough time to grow to care about these characters before they’re taken away from us – but personally, I actually think that’s one of the show’s greatest strengths. Characters are a resource in any narrative, and Juni Taisen simply makes that fact a little more obvious than most. So today, I’m going to be talking about Juni Taisen’s mastery of character economy, and how each fallen soldier so far has contributed to a greater picture. 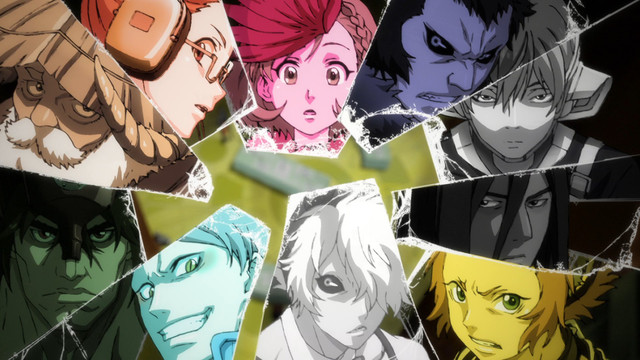 Managing the balance of character development and overarching narrative is a tricky feat for any story, but battle royale setups make this balance particularly difficult. On the one hand, most of the characters we meet are going to die, and asking the audience to care about doomed characters can easily feel like an act of clumsy emotional manipulation. On the other hand, the clashes of a battle royale only have meaning outside of their immediate, visceral action appeal if we’re already invested in the actual characters exchanging blows. On top of that, character development must be balanced against the demands of a steadily unfolding overarching narrative because battle royales aren’t generally just a series of tournament fights. Rather, they’re often also a mystery, a character story, and/or perhaps even a thematically motivated message piece.

Juni Taisen works hard to manage these contrasting priorities, carefully choosing its focus characters in order to both facilitate its larger narrative goals and make every death feel meaningful. The show’s choice to begin with Boar’s perspective starts Juni Taisen off in the best possible way. As we learn in her two major flashbacks, Boar has led a life specifically dedicated to mastering the challenges of the Juni Taisen, meaning the story of her character doubles as an explanation of the nature and significance of the show’s overall conceit. To a character like Monkey or Dog, the Juni Taisen isn’t a uniquely significant event in their lives – meanwhile, Boar has literally trained to fight this battle all her life, and the fact that we start off watching from her shoulders means the importance of this battle bleeds over to us as well. 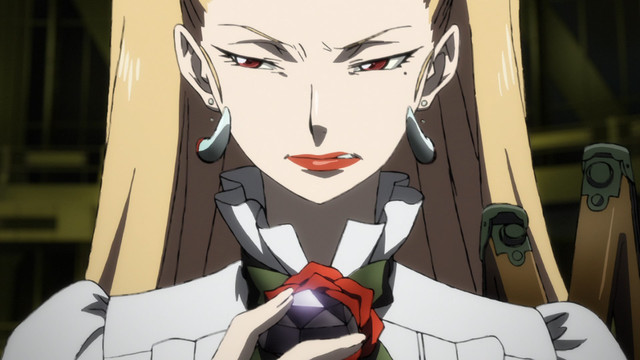 On top of that, Boar is also a great starting character choice because her “arc” is already concluded by the time she arrives at the playing field. As Boar’s flashbacks also tell us, she began her life as a reasonably compassionate, “normal” person, but the story of her journey to the Juni Taisen is the story of her embracing monstrousness and turning the harsh lessons of her father into a truly merciless present-day personality. Boar’s current-day perspective sets the “assumed” tone of the average Juni Taisen competitor, and her confidence in her opinions means she doesn’t give too much away (like when she lightly passes over Chicken as a ‘familiar face,’ foreshadowing but not ruining a future reveal) while still “teaching” us the proper framework for assessing competitors. And then, with her personal journey already concluded and her perspective having fully introduced us to the Juni Taisen, she’s in perfect position to fight, become overconfident, and leave the field.

After that, the show jumps to Dog, who fills out a very different, but still necessary role in the narrative. In a twelve-episode, twelve-character battle royale, it’s pretty much inevitable that some characters will be less significant. Dog is one such character – he has no real arc at all, and instead the “character drama” of his episode is carried mostly by the comic back-and-forth of Chicken’s behavior and his jaded responses. His conversations here both build up Chicken as a character and also let the show flesh out its overall world, with his explanation of other characters’ powers simultaneously building suspense and giving us some context for future fights, letting necessary exposition fit neatly into a natural conversation. Dog’s dramatic sacrifice allows episode two to function as a general “catching up” episode, giving us a much clearer picture of the overall field of battle. 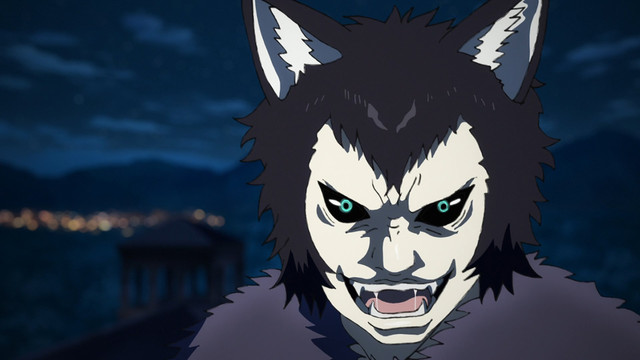 Well, I’m only two episodes in, but somehow we’ve already arrived at the end of this week’s article. There’s plenty more to say though, as Juni Taisen’s choices of focus characters remain just as strong up through the show’s latest episodes. I’ll be back next week with more investigation of the show’s sturdy balance of character and narrative – but for now, just like so many of Juni Taisen’s brave heroes, this post has come to its inevitable end. See you next week, and let me know in the comments what you all are enjoying about this season’s most gleefully gory spectacle!