Today let's finish our investigation of how Juni Taisen makes best use of its characters! 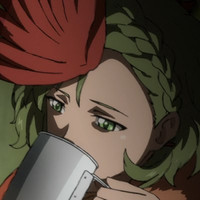 Hey all, and welcome back to Why It Works! Today I’ll be finishing up my dive into the ways Juni Taisen makes best use of its characters, balancing the needs of drama and character development against the inherently character-hungry nature of a battle royale. It’s easy for a collection of soon-to-be-dead killers to end up reduced to nothing more than a character design and a death scene, but so far, Juni Taisen has worked hard to make sure each member of its cast contributes something to the narrative, making their mark regardless of how quickly they exit the stage. And so it is with Chicken, the tragic heroine of Juni Taisen’s third episode. 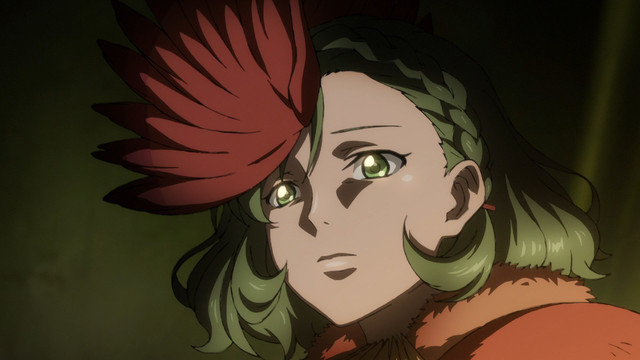 Chicken’s story marks a turning point for Juni Taisen’s priorities, and is constructed in a fundamentally different way than the first two episodes. While Boar had a character arc, her arc was concluded by the time she arrived at the Juni Taisen, thus allowing her to act as a dramatic introduction to the overarching concept. While Boar was used to establish the tone of the event, Dog ended up being used to firmly establish the overall playing field, his episode using a mixture of natural exposition and cuts to others to give us a stronger sense of the full battle. Both Boar and Dog were interesting characters, but their role in the current battle was emotionally static. Chicken represents the point where, with the stage fully set, Juni Taisen became able to give us fully-realized character arcs.

The fundamentals of Chicken’s character are actually established during Dog’s story, when we unwittingly see her employing one of her strongest weapons: her ability to use her helpless-seeming appearance to convince people of her innocence. That deception essentially allows the story to “cheat” in a character sense, as we then see the articulation of her actual character as more of a “turn” than the way she always was. And the reasons for that turn are made clear thanks to her her backstory, as we learn about a girl whose initial faith in others was stolen by her parents, and who was shaped into the ultimate deceiver by a life in one more dedicated crime family. 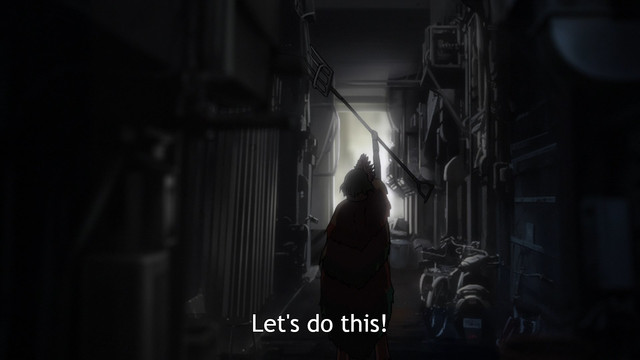 After two episodes that split duties between establishing a character and establishing the overall world of the show, Chicken’s episode is the most directly character-focused, offering an extended backstory, a dramatic action setpiece illustrating her powers, and even a full character arc. When presented with the unabashed trust of Monkey’s unguarded back, Chicken is fundamentally transformed – a twist that may appear sudden, but which directly echoes the loss of trust established in her character arc and plays naturally into her ostensibly deceit-centric nature. Chicken’s arc thus bounces off Monkey’s nature to become a story about overcoming a lifetime of mistrusting others, ending with a truly heroic final act. Efficient plotting and smart character contrasts allow Chicken to pull off an emotionally resonant character arc in just one episode, offering the first heavy-hitting emotional payoff of the series.

Chicken’s story also sets the stage for what seems to be one of Juni Taisen’s themes: the nature of trust and belief in others. After having this theme illustrated in such sharp emotional terms, the fourth episode carries through on that line. Monkey and Rat aren’t just two of the show’s most important characters, they also embody philosophical poles that will likely reoccur throughout the series. In light of that, nobody actually dies here – setting up the terms of the conflict is more important than keeping the body count rising – and these two characters are the best ones to do it. Monkey seems to represent the ideal of human connection and faith in others, while Rat is both a self-focused survivor and the show’s big trump card, having prompted a twist-baiting “I’m sure I’ve seen him before” from almost every focus character so far. 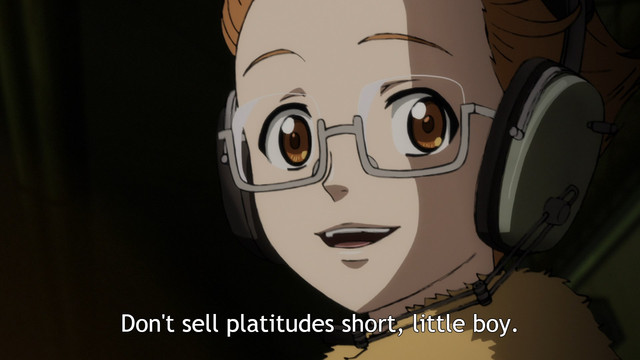 After episode four establishes that overarching thematic contrast, we finally get into the thorny back-and-forth of the battle royale proper, where characters clash and retreat in more conventional dramatic ways. Juni Taisen’s latest episodes may not be as directly focused on laying narrative groundwork, but the show continues to demonstrate a remarkable gift for speedy character development, as well as an understanding of how to best use its rich cast. I’m already very fond of many of this show’s characters, and though I know we’ll lose almost all of them, I feel confident that Juni Taisen will do right by all of its strange, murderous heroes.

Tags
juni taisen, why it works, rest in peace chicken
« Previous Post
"Project Nimbus: Code Mirai" Hits Japan and the U.S. on November 21
Next Post »
Sword-Maidens Square Off in "Toji no Miko" TV Anime
Other Top News
1 Comment
Sort by: