Take another look at the real-world locations of URAHARA! 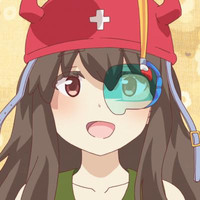 Things are looking quite grim in the otherwise vibrant and trendy Harajuku, as the Scooper invasion is starting to look more and more inevitable. After a shocking twist that left our three fashionistas/defenders of humanity in distress, it seems like nothing can stop the saucer-shaped aliens from absorbing the town’s culture and creativity. So before all of Harajuku’s landmarks are gone for good, let’s take another look at the real-world locations of URAHARA!

As explained in Part 1, URAHARA takes place in Tokyo’s ultra-stylish fashion district, Harajuku, which is famous for its chic boutiques, cozy cafés, and countless crêpe stands. But the show’s setting isn’t limited to the jam-packed and well-known Takeshita Street or Omotesando, instead focusing on the lesser frequented areas of Harajuku, often called "Urahara." This is short for Ura-Harajuku, which as the anime itself explains, basically means “hidden Harajuku.” The hidden Harajuku can be roughly narrowed down to the area between the two aforementioned major shopping streets, and is full of smaller independent boutiques and second-hand fashion stores. And it’s also here, in one of those streets off the beaten path, where you’ll find the real-life PARK store.

The LaForet department store contains a lot of small boutiques and shops geared mainly towards young women. The store’s logo atop the tower has been changed from LaForet to URAHARA in the anime.

The girls stand in front of the massive torii gate (or at least what’s left of it), marking the entrance to the spacious Meiji Shrine. The shrine was built in 1920 and is dedicated to the Emperor Meiji. Unlike the busy and loud Harajuku, the shrine is surrounded by the tranquil Yoyogi Park. Unfortunately, the girls never checked out the shrine itself.

Where could this little path, which looks like it came straight out of a children’s fairy tale, be leading?

Apparently, it leads into a really tucked away back alley in Harajuku’s Cat Street.

But what could’ve possibly caught the girls' interest?

It’s this little creepy-looking bronze statue! The rabbit, named Usadar, is apparently the mascot of a soft drink called Lifeguard, which is manufactured by the Cheerio Corporation. The official Urahara Twitter account and the Cheerio account both follow each other on Twitter, so it’s safe to assume that there’s some kind of collaboration going on, although none of the company's drinks have appeared in the anime as of yet.

Exit A2 of the Omote-sando subway station.

Luckily, the actual station wasn’t as dark as in the anime.

The girls are walking along Omotesando’s broad and leafy main street. The shopping street is not only lined with dozens of trees left and right, but also with high-end fashion stores like Louis Vuitton, Hugo Boss, and Gucci. However, those don’t really fit Rito, Mari, or Kotoko’s current fashion style.

This one was actually quite tricky to find. Aside from the vague yellow logo on the left, the crosswalk in front, and the slightly tilted utility pole, those two images barely look alike. The anime used an older reference picture for this one, as it still shows the old façade of the Murasaki Sports Shop and the former Au store entrance, which has been replaced by an New Balance building this year. Also the iconic Harajuku Street signs have been removed in real life.

That’s Jingu Bridge, which leads to the entrance of the Meiji Shrine and Yoyogi Park. You might think now that the weather was rather bad when I was taking these photos, but don’t let yourself be fooled, that’s the giant protective bubble to keep the Scoopers out.

This is the historic European-style Harajuku Station building, which is going to be rebuilt in preparation for the 2020 Tokyo Summer Olympics.

The spot where the girls are having their little picnic in the anime is actually a smoking area in real life.

You’ll find crêpe stores on just about every corner in Harajuku – most of them with absurdly long waiting lines – and the most famous one of them all is probably Marion Crêpes here. Marion opened up in 1976 and was one of the first crêpe shops in Harajuku. It now has over 80 shops in Japan, and even a few in the United States. It was also part of the recent URAHARA stamp rally.

PARK is located in one of Takeshita’s many side streets.

There were luckily no Scoopers waiting for me outside of the store.

One story above Park is the 2.5 SPINNS café, which is going to be collaborating with the anime and will be offering a URAHARA themed menu starting next week. Have you also been wanting to eat Misa’s talking alien shrimp tempura scarf? Well, now’s your chance!

And did you catch the Crunchyroll Expo poster in the latest episode of URAHARA? The exact same poster is also hanging in the real life PARK store, after original character designer Mugi Tanaka, series composer Natsuko Takahashi, and director Amica Kubo all paid Crunchyroll Expo a visit over the summer. As you may know, URAHARA is loosely based off an illustrated web novel written by Crunchyroll’s own Patrick Macias, and is a production collaboration between Crunchyroll and Chinese video sharing website Bilibili.

Have you been enjoying URAHARA so far? And how will Rito, Mari, and Kotoko solve the current crisis? Sound off in the comments below!
---