"Gekiganger 3" and "Fate/Grand Order": One-Shots to Get Hooked On!

Sample these single serving shows between seasons... and you might just get hooked on their parent series! 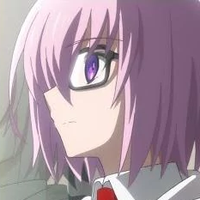 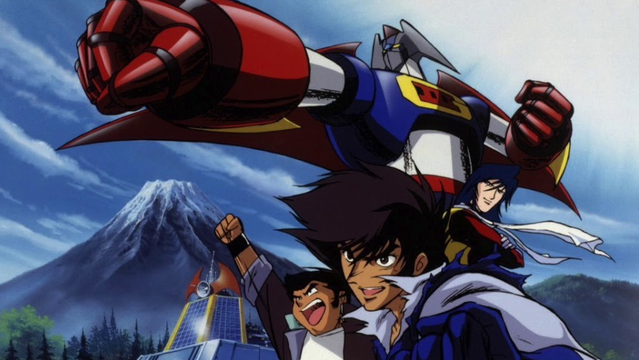 We are officially between anime seasons, and you know what that means -- time to fight someone.

... actually, no. We've been informed that it means it's time to go into your queue and kill some time until the new season. However, if you're still fighty, our choices for this week's feature will still appeal.

Usually the Hook previews the first episodes of series to tell you why to give it a look. But this week, we're giving you a quick glimpse of single-sitting anime you can take in on the fly. Which ones are worth your time? Let's find out! 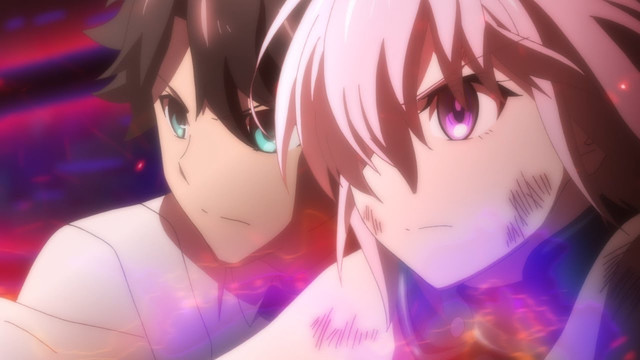 Mobile game Fate/Grand Order is tearing up the scene worldwide, giving Fate/ fans the chance to become Masters and lead an army of historical and legendary figures into battle. But how has an untrained nobody ended up with a Demi-Servant? What is a Demi-Servant? And why are Heroic Spirits from every iteration of the series suddenly crossing paths?

And those are the questions people in the know are asking. Viewers new to Fate/ in general still have to work out so many Sabers look alike and yet aren't the same person.

Fate/Grand Order -First Order- is essentially a TV adaptation of the game's first stage, with the player character (named Ritsuka Fujimaru) diving into the terrifying world of Singularities and the potential end of civilization as we know it. With his faithful kouhai/Demi-Servant Mash Kyrielight by his side, he begins a time-travel journey to set history right.

The Hook: If you're a Fate/ fan, there's plenty to be excited about. Appearances from Medusa, Saber Alter, and a Caster version of Cú Chulainn fill this prequel. We also see new villains emerge as the Grails continue to be exploited by the power-hungry.

As for newcomers? The one-shot is still watchable even without knowing the characters, and offers a lot of exciting action and some ground-floor Fate/ information.

Who Is It For: If you play Fate/Grand Order and have yet to check out -First Order-, you'll definitely want to. Seeing the first stage come to life is exciting, and also gives you a new appreciation for the bond between you and Mash as you play. And even if you don't, it's a great one-shot for legendary action... and might send you looking for more offshoots of the franchise.

Fate/Grand Order -First Order- is available in the Crunchyroll catalog. 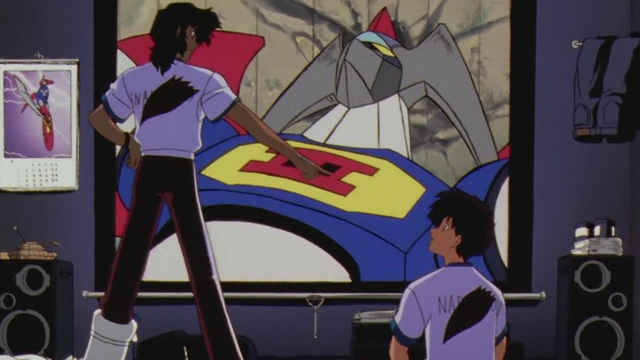 The vintage Go Nagai-esque anime comes to live for one 30-minute episode, framed as a theatrical release attended by our heroes after the main series has ended. Like many anime films, the Gekiganger film is (said to be) part compilation/recap, part new footage.

For the first half, we get fast flashes of what would have been the show's TV run -- character arrivals and departures, the Very Special Christmas Episode, and fully two alien warrior women who fall for our heroes. The second half takes us into a new story, where the trio piloting Gekiganger III must join forces with their alien enemy to fight off an ancient, godlike threat.

The Hook: Gekiganger III looks, sounds, and feels for all the world like a vintage Go Nagai anime. And they went to extra lengths to make it seem legit. The character and mechanical designs are of the time, and the plots are what you would see in Mazinger Z and Getter Robo, sure. But they even went and enlisted voice actor and singer Isao Sasaki (who has done themes for a long list of giant robot and tokusatsu series) to perform two themes for the show.

An extra perk? The "new animation" segment even changes styles somewhat, bringing to mind Sunrise's yuusha series (especially GaoGaiGar) in the designs and key animation of its new creatures.

Who Is It For: If you're a Nadesico fan, of course you'll want to see everyone's favorite show. But this is doubly true of fans of classic giant robot anime. There are plenty of moments when the references are definitely knowing jabs or nods and winks, but it's all done out of love by people who love the genre. The bookending material will really only be of interest to Nadesico fans, but understanding of it isn't necessary to appreciate the episode itself.

Gekiganger III is available in the Crunchyroll catalog.