Trailers hint at six possible episodes, but what could the other six be? Check out our picks! 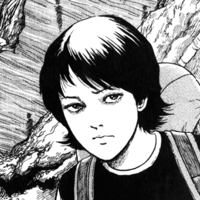 As a big fan of horror manga, Junji Ito has been one of my favorite mangaka since I read Uzumaki, the story of an infectious spiral that manifests itself in various phenomena, be they snails, mushrooms, whirlwinds, or cosmic horrors, it was a great introduction to his almost comedic form of absurd horror. Gyo, which makes fish a horrifying menace, develops this iconic style further. But Junji Ito had been writing short horror stories going back to the late 1980s, in shoujo horror anthologies like Monthly Halloween. Some of his earlier, more traditional stories, involving murders, grudges, and ghosts, are almost dull in comparison to his most absurd pieces involving flatulence and balloons!

I was delighted to hear that Junji Ito's short stories were going to get animated after the mixed reviews of the loose Gyo adaptation. In early trailers, the anime production staff reveal what some of the stories will be: Slug Woman, Fashion Model, The Beautiful Boy of the Crossroads, and at least one Tomie story. But there are 12 episodes (and 2 OVAs) in total, so what could the others be? I pored over my collection of Junji Ito manga and took recommendations from friends and experts to find the best, worst, weirdest, and most deserving Junji Ito stories. Here are the six stories I most hope will see an animated adaptation. To prevent spoiling the horror surprises these stories have to offer, I am using the manga covers rather than images from the best scenes. 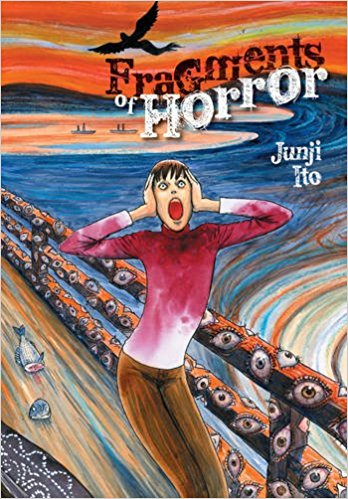 Available in the recent Fragments of Horror anthology released by Viz Media, Wooden Spirit is an unusual turn for Ito into erotic horror. The story concerns Megumi and her father, whose beloved home is designated a cultural treasure by the government. One day, a tourist arrives- one Manami Kato, a young woman with a bob haircut and a certain passion for real estate. She soon ingratitates herself into the family's life, first as a lodger, and then as Megumi's new step-mother. But her true love is for the house itself, and from her twisted desire horror is born. Another example of one of Ito's more bizarre ideals developing into something memorable, the visuals from this story would look amazing in color and motion. 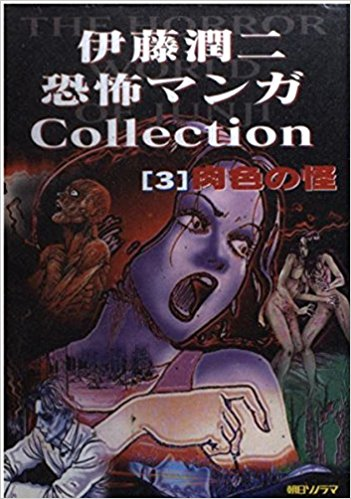 Once available from the Flesh-Colored Horror volume of the Junji Ito Collection put out by Comics One, Headless Sculptures plays with the uncanny fear we have of statues, reflected in everything from creepypastas to popular sci-fi franchises. The unfortunate protagonist this time is Rumi, friends with talented young sculptor Shimada and his mentor Mr. Okabe. Okabe is a talented artist who sculpts detailed statues, except ones without any heads, because to him, heads and facial expressions limit the emotional range of the statues. When Mr. Okabe is found dead the next day, it turns out it's because the statues themselves would beg to differ. Some amazing shocks and scares in this manga would only be enhanced in animation. 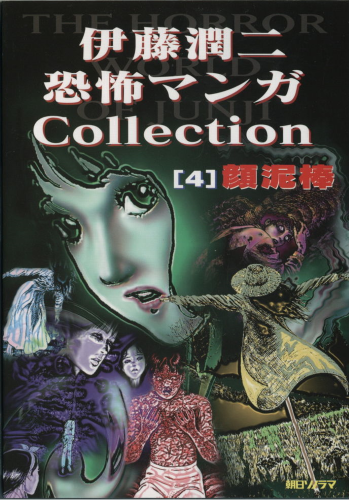 Another fantastic example of a ridiculous premise made genuinely bonechilling, Junji Ito makes balloons more horryifying than Stephen King's It. The story begins with the suicide by hanging of schoolgirl Terumi Fujino. A local celebrity, her death leads to public mourning and bullying of her boyfriend who is blamed for her death. Copycat suicides start to occur, and rumors of Terumi's ghost wreaking havoc on the population start to spread. Said to be a giant floating head, Terumi's friend and boyfriend seek out this ghost, and find something too horrible to contemplate. Too much said spoils the fun, so I hope this particular horror catches everyone by surprise in the anime. This story has been released for the first time in the new Shiver anthology. 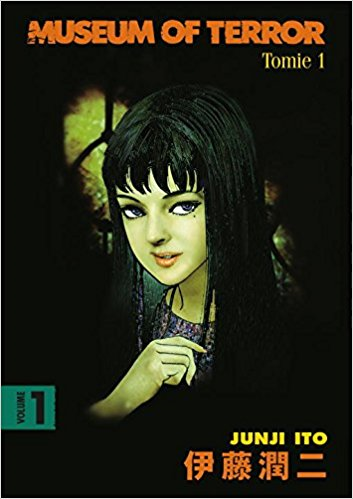 Tomie is one of the series upon which Junji Ito first made his name, and the stories of the mysterious girl Tomie, an immortal beauty who drives men to possess her and then murder her, grow in surreality and absurdity as the series goes on. One of my favorites, and one best suited to anime, is the Painter story in Dark Horse's first Museum of Terror. It is the story of a painter, Mori, who chooses to make the lovely Tomie, who he meets in a museum, his model. The haughty Tomie taunts Mori, saying he could never capture even a tenth of her beauty. Mori becomes obsessed, destroying painting after imperfect painting in a quest to capture the true Tomie, but soon learns he's not the first to fall under her spell. One of the best self-contained Tomie stories, it would make an essential episode. 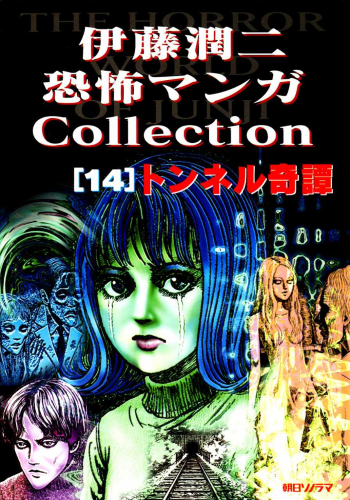 A Junji Ito story so popular, Long Dream was actually made into an hourlong TV drama in 2000. Taking place in a hospital, the story features Dr. Kuroda, a neurosurgeon who meets a gaunt-looking patient who claims of "long dreams." By this, he means dreams that appear to be like living a week, a month, or a year, ever-increasing each night. As the lengths of the dreams increase, the patient's madness grows and appearance becomes more twisted. The dream visuals in his chapter are almost H.R. Giger-esque in their design, something it would be difficult for a TV drama to capture. However, an anime would be able to capture the surreal visuals in a way that bring the manga to life. This story has also just been released in the new Shiver anthology. 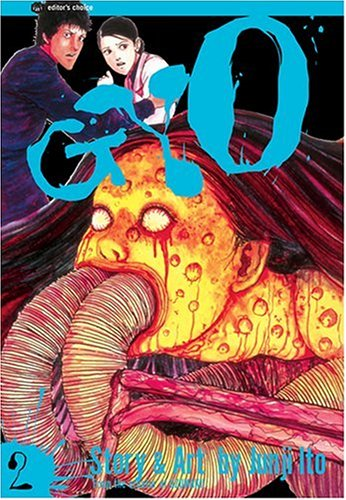 1. The Enigma of Amigara Fault

It's an absolute long-shot, but one of my favorite Junji Ito stories was included as a bonus at the end of the Gyo manga. If you've been on the internet for any length of time, you've certainly seen the "This is my hole, it was made for me!" image that comes from this short. An earthquake exposes a giant fault in rural Japan, and scientists are baffled, as it contains people-shaped holes. Soon, people from across the country are compelled to come visit, and enter the holes that are their exact shape. The story is famous, both for its comic meme potential and its even more horrifying conclusion, which would be bone-chilling if animated.

Update: Viz has just released a new anthology of Junji Ito stories, handpicked by the master himself. Unexpectedly, three of them are from this list! If you want to get your hand on three of these stories in one volume, check out the Shiver hardcover.

These are my picks for Junji Ito stories I'd love to see animated. What are some of yours? Sound off in the comments!